How work perks are shifting during the pandemic 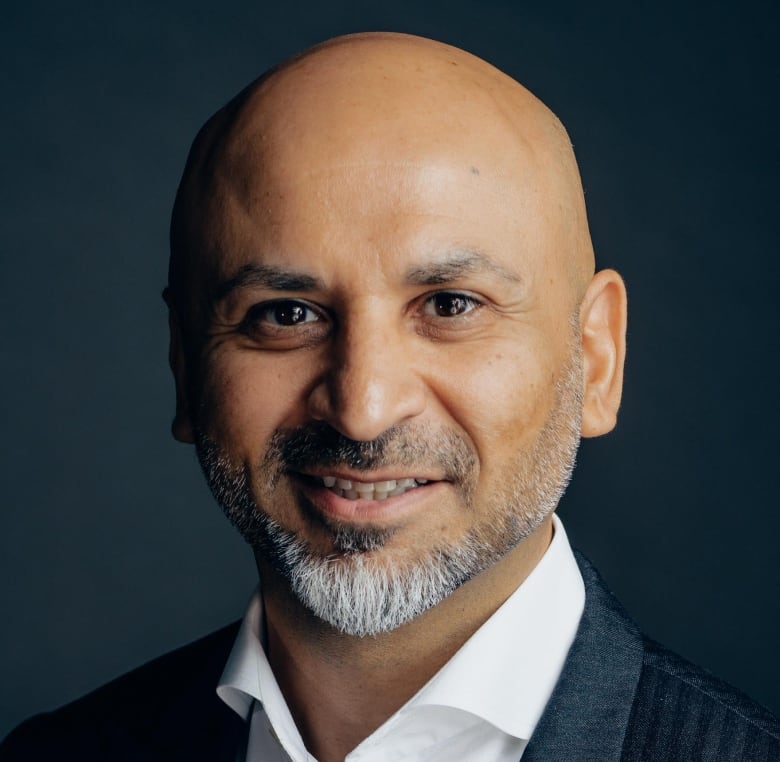 The people at Kudos have been busy lately.

The Calgary-based tech firm helps clients address culture issues at the core of organizations — a particular challenge amid a broader and ongoing pivot in the work world.

That prompts questions about how a thriving culture — something employers tend to tout — can be built alongside a COVID-era rearranging of where millions of people do their work.

“[It’s] causing people to go: ‘Well, how do we create culture online?'” said Boga, whose company has doubled its staff this year as demand for its services has grown.

Employers and experts say the COVID-19 pandemic has made companies focus on the challenges this shifting landscape poses for them and what they need to do to retain staff.

For some, that effort involves offering key perks to their people — including mental health and well-being supports and allowing more flexible working arrangements — as they make their way through this trying time.

Steve Knox, a Toronto-based executive at human resources firm Ceridian, says that when it comes to perks, employers are moving in a different direction than they were in the recent past.

“A couple of years ago, the perks were the ping-pong table, the foosball table and the free lunch,” said Knox, Ceridian’s vice-president of global talent acquisition.

“There’s been a big shift away from that towards more caring for employees, their mental well-being [and] how you’re looking after them,” he said.

Examples of this trend include employers offering workers extra time off or providing advisory seminars on health and well-being, Knox said.

Jing Wang, an associate professor at York University’s School of Human Resources Management in Toronto, said these issues have been of interest to both employees and employers for some time, but the pandemic has underscored their relevance.

“Even before the pandemic, I think the trends had started,” Wang said, referring to the increased emphasis on health and wellness benefits by employers.

Knox agrees: “They were around before, [but] they’ve been accelerated.”

Hayden Woodley, an assistant professor of organizational behaviour at Western University’s Ivey Business School in London, Ont., sees the pandemic as having highlighted “how many people were just barely holding on” before COVID-19 arrived.

And while it may have put consideration of health — and specifically mental health — in the spotlight at this time, “it’s not something we didn’t know about already.”

Salaries, of course, remain a key part of compensation for employees, no matter what perks are available to them.

A recent online survey — conducted for staffing firm Robert Half over a month-long period — talked to 500 randomly selected senior managers with at least 20 Canadian staff and found that 90 per cent of the companies surveyed would be offering wage increases to employees within the next six months to address various factors, including cost-of-living increases.

It’s difficult to accurately calculate a margin of error for methodologies with online surveys. For comparison purposes only, a probability sample of the same size would yield a margin of error of plus or minus four per cent, 19 times out of 20.

Like all businesses, the mobile-game developer Square Enix Montréal has had to adjust to the circumstances of the pandemic.

That has included offering its workers various forms of support — such as money to set up their home offices, increased insurance coverage for mental health services and an extra day off on a biweekly basis.

“We call it Magic Mondays,” Nedjma Belbahri, the company’s communications director, said when explaining the story behind the extra time off during an interview last month.

“That was launched during the pandemic, and it’s just become a permanent perk.”

WATCH | Are we seeing the new normal with remote work?: 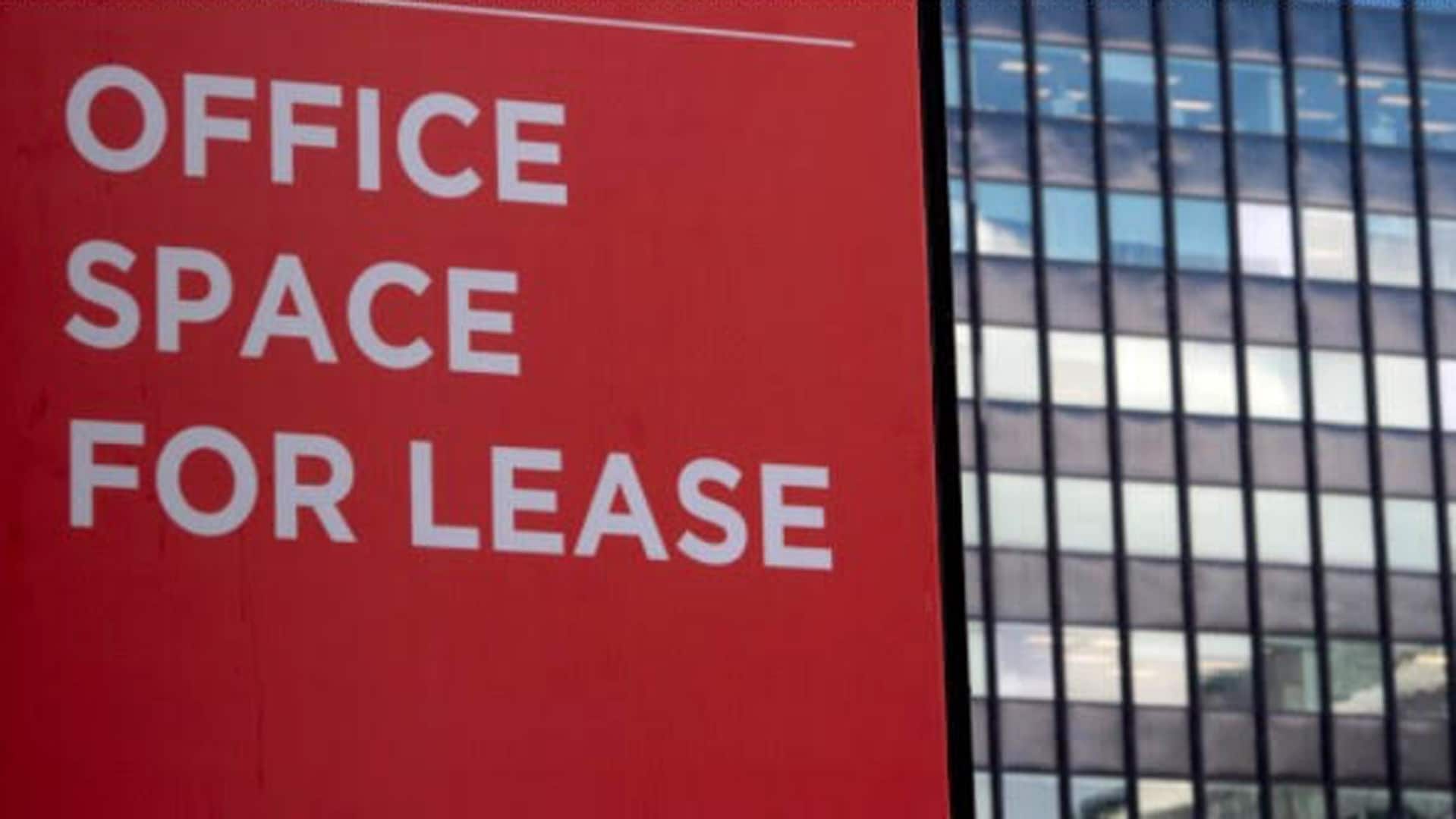 Tanya Gullison with human resources consultancy LHH says companies that insist on having everyone in the office five days a week are going to be left behind in the job market, even after the pandemic is over. 1:14

Five provinces away, the Burnaby, B.C.-based Traction on Demand, a Salesforce consulting partner and app development firm, has made its own pandemic-era changes.

Part of that has been a shift to being more flexible on where its employees do their work.

“We’ve had a lot of people asking to be able to … go and work somewhere else for a month at a time or whatnot, so we’ve kind of opened that up,” said Megumi Mizuno, the company’s chief of staff.

Companies such as Traction on Demand are mindful of the fact that they need to hang on to their talent — especially at a time when their staff could be doing their work away from the office for somebody else.

“What we’re finding is that the one thing that people seem to be able to control during this pandemic is where they work,” Mizuno said.

Ceridian’s Knox said that seems likely to be a lasting demand from workers and perhaps the “No. 1 perk” on offer from employers.

“Employees are really expecting that now,” he said, noting that employers are now scrambling to make that happen in the long term.

More generally, Western University’s Woodley says he wonders whether employers could face consequences from their employees if perks made available during the pandemic are later discontinued.

“What happens when the pandemic eventually ends? Are you taking those perks away then, or are you going to maintain them?” he said.

When employees don’t have the support they need, they may opt to change course.

For Alicia Hartt, a licensed practical nurse from Saint John, a combination of stresses and a need for more support prompted her to leave a job she otherwise loved.

When the pandemic was declared in March 2020, Hartt was working at a hospital, caring for a variety of patients.

The work was rewarding but also taxing — as was the pressure to say yes to the frequent calls for extra shifts.

Then there were the challenges of finding child care while working a job with varying hours.

Eventually, it all added up.

“My doctor told me I hit burnout,” said Hartt, who left her job and now works on her own, helping to provide foot care for clients outside of a hospital setting.

Burnout is something employers pay attention to, but it’s not necessarily an easy problem to address.

Ceridian’s Knox said it’s a long-term issue that’s been exacerbated by the pandemic. 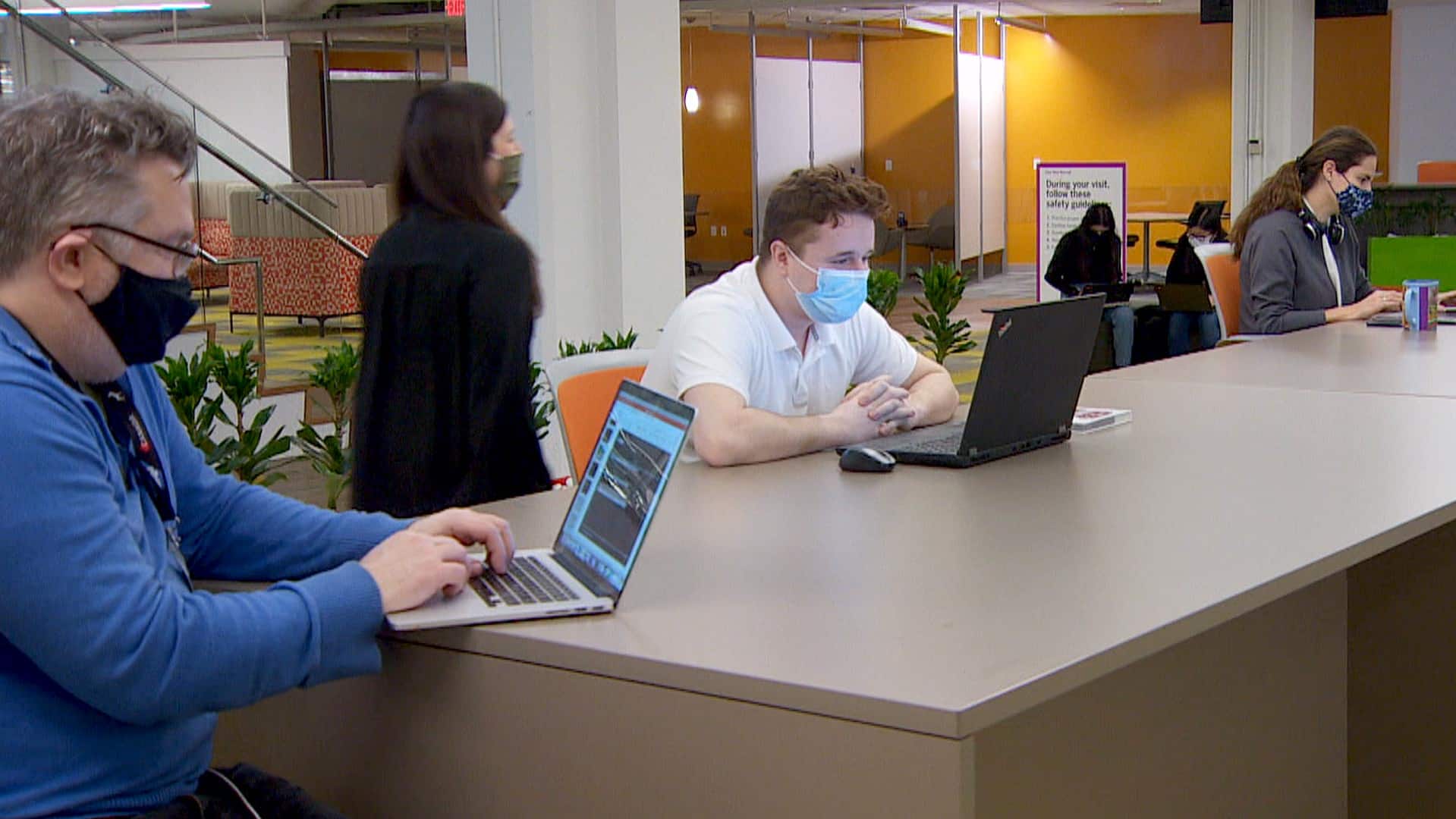 Flexibility expected to be key to return to work

With more people returning to their offices, many employers are acknowledging that flexibility and a few perks will be needed to entice workers back to their desks. 2:01

“Everyone is feeling like they have to be connected to work 24/7,” he said, noting that people are also dealing with family obligations on top of that.

That’s why people are looking for supports to help them through this, he said.