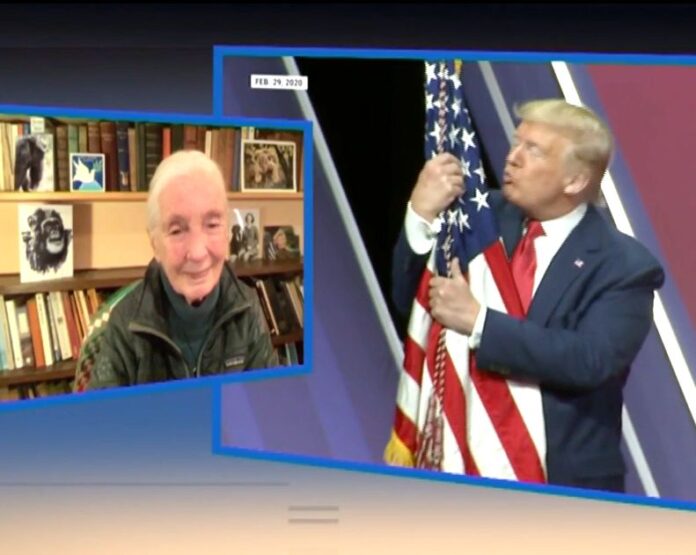 In 2016, Goodall likened the then-presidential candidate’s behavior to the aggression displayed by a male chimpanzee.

Goodall echoed that view in a lengthy interview with MSNBC’s Ari Melber that aired on Tuesday’s broadcast of “The Beat.

Melber played Goodall a montage of Trump stalking behind Democratic rival Hillary Clinton during one of their 2016 presidential debates, hugging and kissing the American flag, and calling himself a “perfect physical specimen.”

“What do you see there?” Melber asked Goodall.

Goodall chuckled, then replied: “I see the same sort of behavior as a male chimpanzee will show when he is competing for dominance with another.

“They’re upright, they swagger, they project themselves as really more large and aggressive than they may actually be in order to intimidate their rivals,” Goodall continued.

Goodall later lamented how the divisiveness created in America ― by Trump and others ―“is a tragedy” that “can have a ripple effect around the world.”