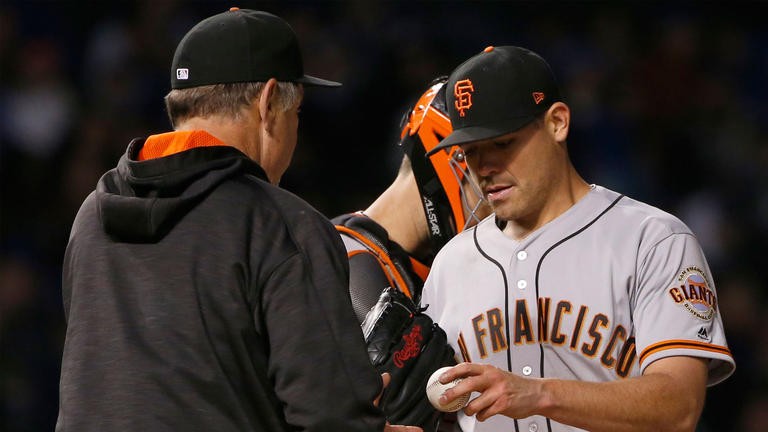 Losing is a part of baseball. The best run and the uber rich alike go through down years. Getting through those times requires patience, perspective, and most of all, the ability to remember this sport is so so stupid. Let’s acknowledge that by power ranking the terrible teams of late!

The bad – mostly everything, namely the pen

Managing expectations is key in the happiness of fans. Been meh throughout your career only to breakout in your age 30 season? Absolutely delightful. Nearly win a Cy Young then completely lose your stuff? Extra painful. The 2015 A’s were like the latter, playing in front of a fan base that expected greatness only to provide terribleness.

Now the 2014 team did it’s best to ruin the very being of every A’s fan out there, but even with the unfortunate luck that accompanied that team and the poor playoff results from the years before, expectations were high. The A’s acquired an underwhelming crop of names in the 2014 offseason but they had done that before and been successful. Why not again?

Oh, why not again. So many darn reasons.

Even with a good bullpen, this team was destined to be bad. Instead we were blessed with a bullpen that once lost a game on a fastball at Evan Gattis’s eyes cause sometimes the Baseball Gods just give you the middle finger for seasons on end. It was brutal.

Watching a team with few prospects, little hope from the get-go, and a dearth of storylines is tough, but doing so after three straight years of exciting contention? Brutal.

In hindsight, the A’s bullpen blowups were pretty convenient and time effective for a fan of a bad team. These days the A’s are finding a plethora of ways to lose games, giving you enough hope at diverse times to watch full games and waste four hours nightly, dashing your dreams enough to hurt but not quite enough to save your time.

In 2015, you could throw the game on for six usually decent innings of reasonably entertaining baseball before the bullpen pissed away a competitive game in a matter of minutes. So kind of them! On this years version? There’s no telling how or when they’ll give up a bunch of unearned runs, and you have to watch the whole contest to find out.

The bad – there were like seven seconds of hope

Unlike 2015, we as fans were prepped for the possibility of a wire to wire down year. An early hot start was followed but a long, long cold finish and the season lacked intrigue pretty much the whole dang time. Good players were bad (Sonny), bad players were bad and there wasn’t enough young intrigue to wet our pallets and excite for 2017.

Last year was a valley. On one side is past contention, far enough away to be a distant memory and on the other, future contention seeming miles away.

The good – Ryon Healy and a few other youngsters

It’d be a lie to say the 2016 A’s were a spry group of up and coming youngsters. For a team that was lightyears away from competing, they were just too old overall to really give fans optimism going into 2017.

There were however brief glimpses of hope. Ryon Healy isn’t the fleetest of foot but that was rather unimportant considering speed doesn’t matter when you hit a bunch of dingers, Jharel Cotton’s changeup is about as aesthetically pleasing as pitches come, and Ryan Dull took time off from being two children stacked on top of each other to have a fine rookie campaign.

It was by no means a team that made you think wow, we’re in it next year! But there were moments of fun.

The bad – the defense

Sometimes I think the A’s are trying to suck defensively. At some point after dropping yet another flyball that hits him in the catching apparatus known as his glove, Matt Joyce will exit all of our TVs, enter our living rooms and say ha ha, just kidding. We’re not this bad on defense!

No, they’re that bad. Possibly the worst ever with no signs of getting better especially as the team continues to go downhill and therefore say YOLO let’s try playing blindfolded! Woo!

The good – there’s hope on the horizon

Unlike the teams of the past two years, there’s reason to think this one could, with trades breaking right and prospects panning out, be a competitor sooner than later. Prospects are starting to arrive and more are close. The pitching staff is young and deep, full of talent and even the most pessimistic fan has to admit, we might not be that far from contention.

Also, it’s pretty sweet that known nice dude Yonder Alonso has turned himself into a masher, even if it is in the last year of his contract. Jed Lowrie took a nap and Benjamin Buttoned himself into his prime. There are definitely good stories on this team.

I have found this year surprisingly bearable, maybe cause I’m just more used to the frustrations of a bad team than I was in 2015 or maybe cause this team is actually more enjoyable.

I’d rank 2015 as my second favorite bad team, high enough on the success of 2012-2014 to say whatever to that miserable bullpen. Tyler Clippard’s glasses and seizure like mechanics made it so even the bullpen had its excitement (even if it was the bad kind) and it was easy enough to convince yourself it was a one year blip. Seemingly fixable problems like that will do that while hiding real issues but will make things more enjoyable in the moment.

To me, 2016 was the worst. Little excitement combined with a minor league system that really didn’t look like it’d put the team over the edge anytime soon, and you’ve got a hopeless fan watching a team that couldn’t hit, pitch, or defend.