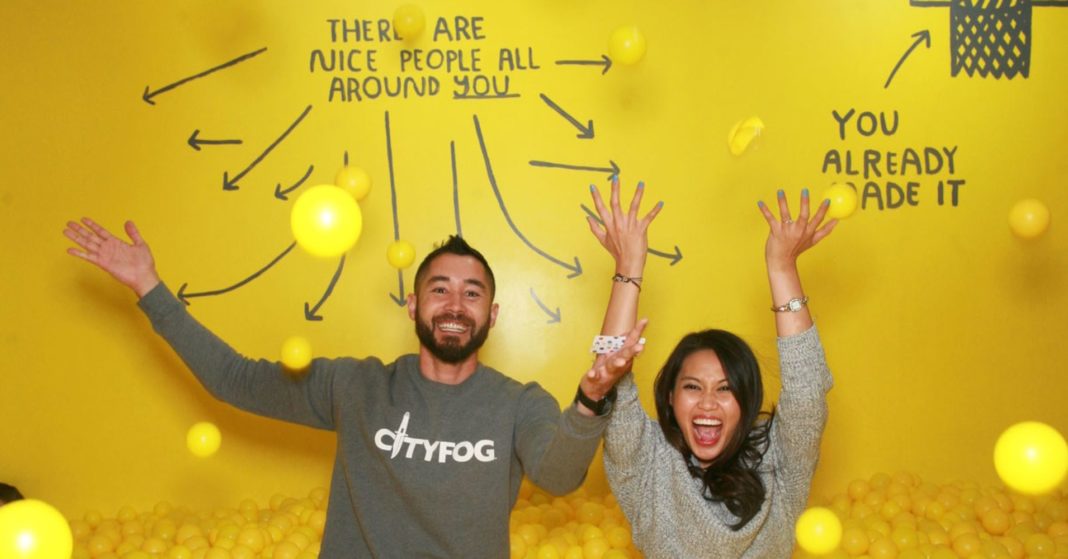 The Egg House first popped up on Cathy Pedrayes Instagram feed last spring. That’s when Pedrayes decided to make the trip to New York City to see it.

“I saw everyone posting photos and thought it would be cute,” said Pedrayes, who lives in West Chester, Pennsylvania. But after spending around $20 for a ticket, Pedrayes said she thought the pop-up was “definitely not worth the money.”

“I did get a couple of cute pictures,” she said. “But it looked better online.”

Still, when tickets went on sale for the Museum of Ice Cream in San Francisco this summer, Pedrayes wanted to go “for Instagram,” and shelled out $38 for a ticket.

Since 2016, when the Museum of Ice Cream was founded in New York City, dozens of immersive pop-up experiences have sprung up all over the country. They have nearly identical business models: For anywhere between $20 and $40 a pop — sometimes higher — visitors can have a made-for-Instagram experience.

Pop-up shopping has taken on increasing prominence, with social media giving cachet to all sorts of food and retail sales. And because the temporary spaces are mobile, they can be found in warehouses, former malls and even vacant lots that can be put up and taken down with ease.

In an experienced-based economy, having a photo on social media is sometimes more valuable than buying an actual item, said Gerald Storch, CEO of Storch Advisors, a retail advisory firm. “It’s just as real if it’s virtual,” said Storch, who also served as vice chairman of Target.

Since the colorful backdrops look good on social media, people naturally want to upload photos, saving the pop-ups money on advertising. The Egg House founder Biubiu Xu said her pop-up sold out every weekend during its 12-week run in New York last spring.

At $18 a ticket and an average of 900 people each weekend day over 12 weeks, that equals nearly $200,000 in ticket sales on weekends alone. Visitors could also buy egg-shaped lollipops for $6 each and Eggloo ice cream at various prices.

“We’re not seeing any end to viral sharing and the currency that that brings to the world,” said Matt Statman, CEO and chief creative officer of Motive, a creative ad agency.

Statman also pointed out that there’s an exclusivity factor.

“It’s about being first to get in,” he said. “And then, once you do that, you’ve got to share it with the world.”

Although pop-ups argue they have more to offer than just appealing social media posts, it’s hard to ignore the fact that people are draw to them for the photos. For some, the reality can be less satisfying than the Instagrammable image.

“You see all the photos and you think it would be fun to go,” said Susannah Smreker, a recent visitor at The Happy Place in Chicago. “But now that I’ve been to one, I’m not interested in doing another, no matter how cool it looks on Instagram.”

“Just from what I’ve seen on Instagram, it looks kind of fun,” said Emma Smreker Davis, of Norman, Oklahoma. She’s planning to go to the pop-up when she visits her sibling in Chicago this summer, despite the $30+ admission fee.

In fact, the uniqueness of the experience can translate into big business for pop-up founders and investors.

A representative for the Museum of Ice Cream said the business has made millions, although they declined to disclose exactly how much when asked by CNBC. The establishment has become a permanent NYC fixture called The Pint Shop, a kids apparel line and ice cream brand at Target.

The Happy Place, which declined an interview with CNBC, had more than 100,000 visitors during a limited run in Los Angeles last November through January, where a Rainbow Grilled Cheese sandwich set visitors back around $12.

At the Egg House, brunch fans can get their fix of all things eggs while posing in life-size egg carts with pink spatulas hanging from the ceiling — or, play in a yellow-and-white ball pit.

The theme centers around Ellis the Egg, a newcomer to the city, “experiencing difficulties.” Founder Xu said Ellis’s plight is relatable to everyone and since eggs “are so versatile, they can be cute or sexy” in photos.

The ticket price includes free egg samples, such as tarts and egg-shaped macaroons. The target audience is millennials, but lots of visitors bring children, many of whom found out about the pop-up through social media.

Xu said her team didn’t invest in advertising to spread the word. But more than 15,000 people follow the pop-up on Instagram, and Xu said she was inspired by The Museum of Ice Cream, which she first saw on Instagram.

“We think of the Museum of Ice Cream as the pioneer,” Xu said. “It provided an alternative to people’s pastime on weekends with friends.”

The Egg House opens in Shanghai July 22 and is expected to run through October 18. Xu said the pop-up will likely go to Los Angeles for its third stop by the end of this year or early 2019, before returning to New York. Although she said the pop-up’s theme might change the next time it hits the Big Apple.

Patrons of the Museum of Pizza can ponder the question, “If it wasn’t on Instagram, did it ever happen?” asked founder Kareem Rahma.

Despite the premise, Rahma is steadfast that his pop-up wasn’t created just as a “backdrop for selfies.” Here, people can learn about the history of Pizza, the food industry and see art from more than 10 artists.

The pop-up is produced by the Nameless Network, a digital video company of which Rahma is also CEO and co-founder. As of July, the founder said tickets were selling out fast. And with a maximum capacity of 4,000 people a day, a sold out run — with ticket prices starting at $35 — would equal more than $2.2 million in ticket sales alone.

The entrance fee includes a slice of pizza, which Rahma dubbed “the internet’s favorite food.” Additional food will be available for sale, but prices have yet to be determined.

The exhibit runs from October 13 to October 28 in New York City’s Greenwich Village, but Rahma said there is a possibility to extend or move to other cities if the demand is there.

The avocado museum, or “The Cado,” doesn’t try to hide its Instagram-worthy appeal. “Step into a world of the green fruit you love to ‘gram and emerge with more than a pretty picture (but you’ll get plenty of those, too!),” the website reads.

The pop-up was conceived by San Diego natives and sisters Anne Buehner and Mary Carr. Much like the founders of the other museums, the sisters had seen the Museum of Ice Cream on Instagram and thought it was a clever way to brand an experience. They wanted to start their own, but couldn’t decide on the theme.

Then one day over brunch, Mary looked down at her avocado toast and decided it should be avocados.

But there will be more to do than nibble on bite-sized avocado samples and take selfies at the pop-up, which is strung together by way of 16 shipping containers that form seven rooms. For $27 a ticket, visitors can enter a room with cassette tapes hanging from the ceiling and listen to “insider-knowledge about California avocado.” Or, there is the “Ripe Room,” where visitors can touch walls that feel like real avocados.

The pop-up has been sponsored by the California Avocado Commission, and other investors. Attempts to further monetize the experience, include an “avocado-centric” grocery store and the possibility of an avocado cocktail for 21-and-over nights.

The Cado will be located at Liberty Station, a multi-use space in San Diego’s Point Loma neighborhood. The sisters said they’d like to one day go on tour to other southwest cities, places like Phoenix.

The opening date has not been confirmed yet, but Buehner and Carr estimated by the end of the summer, as the buzz locally is growing, they said.

Pop-up museums have become so popular that people are traveling to other cities to see them. Izzy Pulido made the trip from Boston to San Francisco earlier this year to see the Color Factory pop-up.

To score the $35 tickets (plus a $3.90 processing fee), Pulido had to wait in the online queue for about 30 minutes. But it all paid off. Pulido said the photos, with her now fiancé, turned out so well that the pair decided to bypass paying for professional engagement photos.

“Pop-ups are like the new going to the movies,” Pulido said on why she chooses to invest her time and money there. “They almost feel like playgrounds for adults. If you’re trying to do a fun date that isn’t run-of-the-mill, it is worth it.”

The Color Factory begins its second run, this time in New York City’s SoHo neighborhood, on August 20, with tickets starting at $38 a piece. No end date has been announced yet, but tickets to the original Color Factory in San Francisco sold out for the entire 9-month run.

The space was created by artists Jordan Ferney and Leah Rosenberg and designer Erin Jang. While representatives for the space say there are no outside investors, they did confirm there are sponsors for installations, including Maybelline New York, Gymboree and Anagram.