Trump’s job approval stable, but gets low marks on trade, immigration and Russia 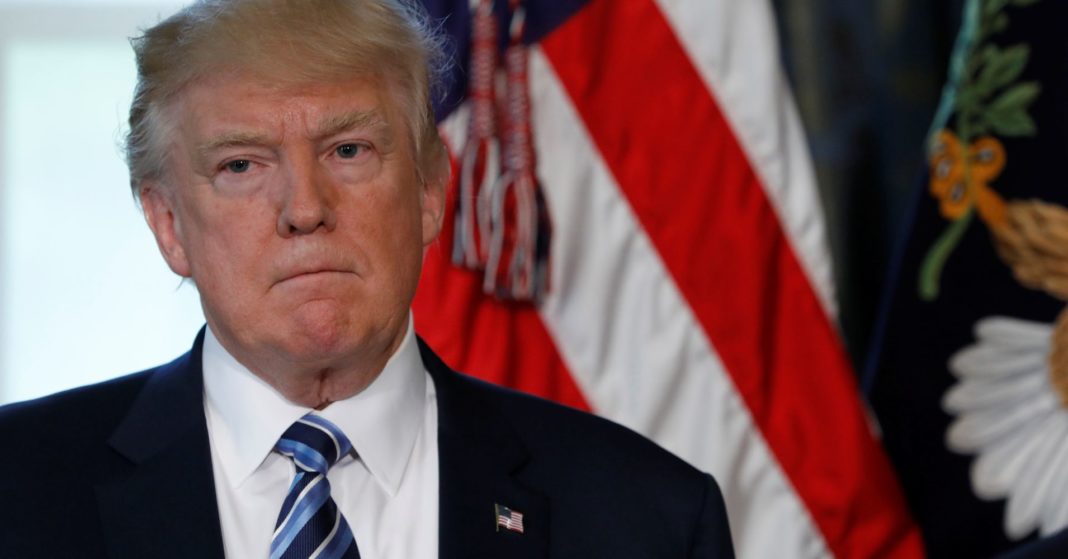 The survey, conducted last week as Trump concluded an international trip by meeting with Russian President Vladimir Putin in Helsinki, showed those controversies haven’t yet harmed his overall popularity. The 45 percent who approved of his job performance, compared to 52 percent who disapproved, represented a slight uptick since June.

That brings Trump’s popularity more in line with those of his Oval Office predecessors, after he recorded historic lows for a new president in 2017. One major asset: by 50 percent to 34 percent, voters approve his handling of the strong economy.

But the president’s setbacks on policy flash-points that have emerged in recent months are adding to political uncertainty as mid-term elections this fall grow closer.

By a margin of roughly two to one, 26 percent to 51 percent, voters disapprove Trump’s handling of relations with Russia. A 45 percent plurality says Trump is inappropriately friendly with Putin, compared to 29 percent who say he is not. By a similar 46 percent to 38 percent margin, voters said Special Counsel Robert Mueller’s investigation into Russia’s involvement in the 2016 election should continue.

On trade, voters disapprove of Trump’s policies by a 45 percent to a 38 percent margin. Roughly half say Trump’s tariffs will raise consumer prices and hurt the average American, while only one quarter say they will protect jobs and help the average person.

Just as the new NBC/WSJ poll shows a slight uptick in Trump’s overall popularity, it shows a marginal improvement in the standing of his fellow Republicans in the mid-term battle for control of the House.

Democrats lead by 49 percent to 43 percent , compared with 50 percent to 40 percent in June. But Democrats hold a larger double-digit edge among voters expressing highest interest in the election, a sign they are poised to benefit from stronger voter turnout.