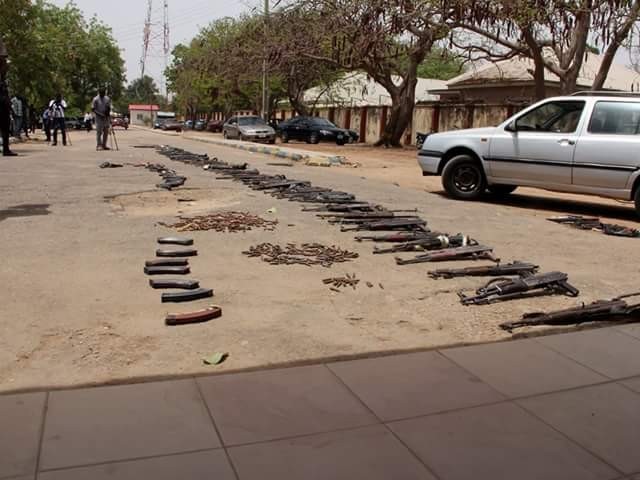 The Bauchi State Police Command on Tuesday, said they have killed three suspected armed robbers during a shootout.

Briefing newsmen at the Command Headquarters, the Public Relations Officer of the Police Command in the state, DSP Kamal Datti, said the operation was carried out by IGP Monitoring Unit in conjunction with a renowned hunter.

“A combined team of IGP Monitoring Unit in conjunction with Bauchi renown hunter, Ali Kwara, trailed three suspected armed robbers to Maladunba forest in Misau Local Government Area while planning to attack unsuspecting members of the public. On sighting the team, the suspects engaged them on a fierce shootout which lasted for some minutes,” he said.

“As a result, the three suspected armed robbers sustained fatal injuries and were taken to General Hospital, Misau, and the medical doctor on duty certified them dead,” Datti added. 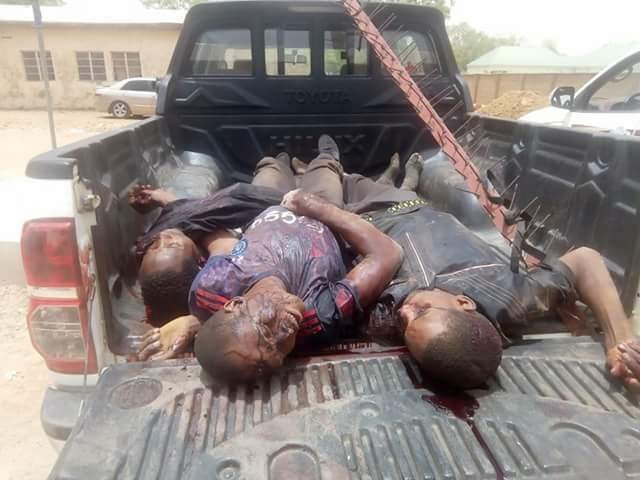 Other exhibits recovered from the suspects are: 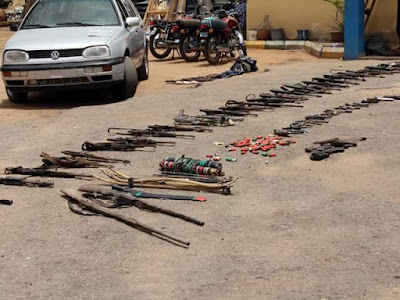 In another development, the command also recovered illegal firearms and ammunition from bandits and other suspects across the state.

“The illegal arms recovery was a concerted effort following the 21-day ultimatum given by the Inspector-General Of Police (IGP), Ibrahim Idris, in February. The order which was extended to April 30,2018 directed individuals and groups in possession of prohibited and illegal firearms to surrender them to Commissioners of Police in the states,” Datti said. 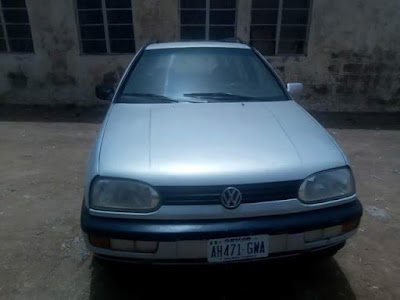 He said the commissioners of police in the states and the Federal Capital Territory (FCT) were also directed to set up a Joint Task Enforcement Teams to mop up, seize and recover all illegal arms from wrong hands.

“Consequently, the Command has so far successfully recovered a total number of eighty three (83) prohibited/illegal firearms and seven hundred and two (702) live ammunition from suspected criminals and persons that voluntarily surrendered their firearms to the Command”