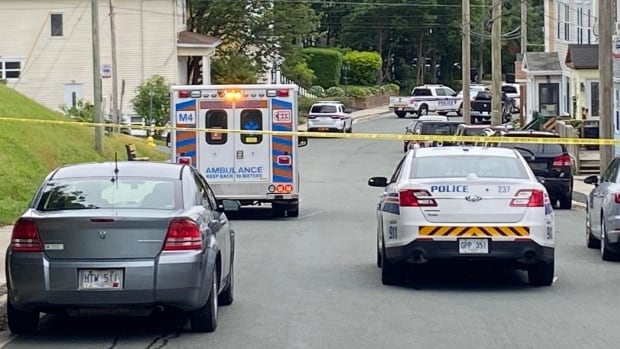 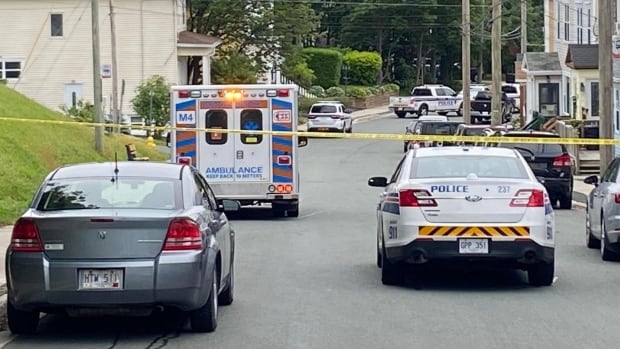 There is a heavy police presence on a residential street in the west end of St. John’s, as officers investigate a suspicious death.

A body was visible in the middle of Craigmillar Avenue Sunday morning, covered in a yellow tarp.

The Royal Newfoundland Constabulary says officers responded to the area shortly after 4 a.m. to reports of “unknown trouble” and found a man dead.

The RNC also issued a “shelter-in-place” advisory at about 5 a.m. Sunday, notifying the public that the street would be closed until further notice.

Police tape and vehicles have been used to block the entrance to the lower end of the street. Officers were seen carrying long guns, and an ambulance was seen entering the area at about 9 a.m. local time.

Patrol officers and the RNC’s Forensic Identification Section will remain in the area to secure the scene, canvass the neighbourhood and gather evidence.

One resident described hearing gunshots or fireworks at about 4 a.m., followed by police sirens a short time later.

Tactical and K-9 units arrived on the scene shortly after 10 a.m., before leaving about a half an hour later. The ambulance also left the scene as forensic officers arrived.

Police are asking people to avoid the area while the investigation continues and are asking residents of Craigmillar Avenue to remain inside their homes.

Our officer’s presence on Craigmiller Avenue will continue, as they work to effect public safety, canvass and communicate with the neighbourhood, and gather evidence. Thank you for your cooperation. <a href=”https://twitter.com/hashtag/YourRNC?src=hash&amp;ref_src=twsrc%5Etfw”>#YourRNC</a> <a href=”https://t.co/dw6OskONi3″>https://t.co/dw6OskONi3</a>