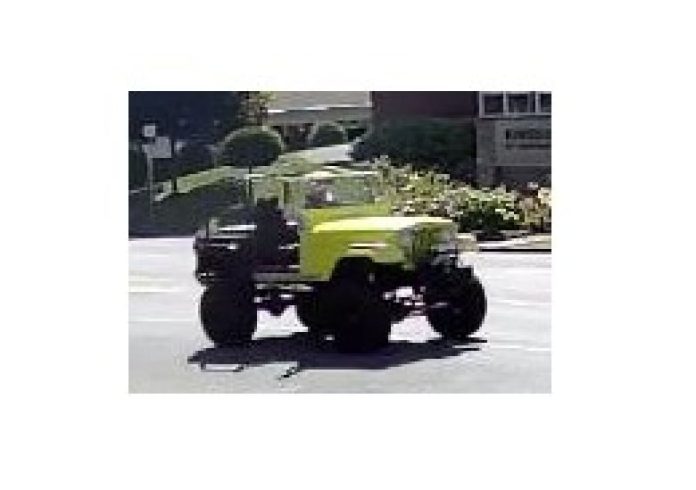 Police say a suspect is at large and considered “armed and dangerous” following a shooting in Chilliwack — about an hour’s drive east of Vancouver — that killed two women and injured one man.

The Integrated Homicide Investigation Team (IHIT) have named 50-year-old Eric John Shestalo as the suspect in the triple shooting at a home in the 9700 block of McNaught Road, near Yale Road, just east of downtown Chilliwack around 11 a.m. Thursday.

Police said the public should exercise caution if they spot Shestalo. People are urged to call 911 and not to approach him.

Police said he was last seen driving a red 1990 Jeep YJ, “which appears to have a yellow painted front end and may be bearing BC licence plate MT981W.”

“Officers are working to locate Mr. Shestalo as well as any witnesses to this devastating incident.” Sgt. Timothy Pierotti with IHIT said in a statement.

“We are urging anyone with information, dashcam footage, or residential security footage, to come forward and speak with police as soon as possible.”

Police said Shestalo knew the victims and the shooting is believed to be targeted.

B.C. Emergency Health Services (BCEHS) said its crews arrived just after 11 a.m. One person was airlifted to hospital while another was transported via ground ambulance.

Police said the woman was airlifted to Royal Columbian Hospital where she died.

Chilliwack RCMP initially asked residents to stay inside and were also advising the public to avoid the area.

Cream of the Crop Childcare, about a kilometre from the scene of the incident, says it placed its children on a secure-and-hold for about three hours which means they were not allowed to play outside.

Police said they want to hear from witnesses, anyone with home security cameras in the area or anyone driving by the area from 9 a.m. to noon Thursday with dash cam footage.

IHIT said the coroners service and a number of RCMP agencies are investigating. They have announced a news conference for Friday morning.