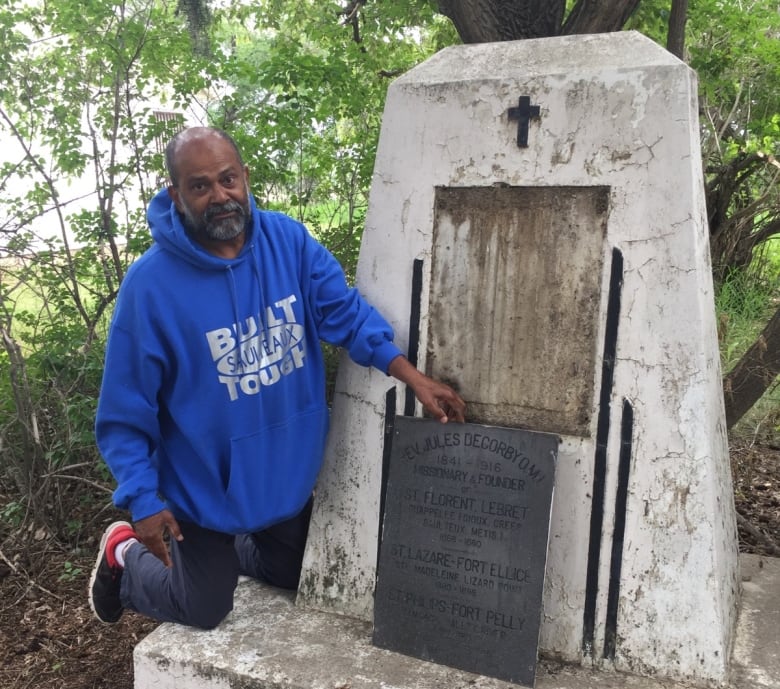 Elders from the Cote First Nation in Saskatchewan have succeeded in getting a plaque removed from the property of St. Philip’s Roman Catholic Church in Kamsack, Sask.

According to elders, the plaque was donated by Ralph Gray, a longtime music teacher at the St. Philip’s Indian Residential School, which operated from 1928 to 1969. Gray has since died.

Elders, who spoke with CBC News via a group phone call, said Gray sexually abused several Indigenous boys who were forced to attend the residential school, and that the plaque was triggering for residential school survivors.

Gray was never charged, but elders say they believe he abused as many as 70 boys.

According to the elders, Gray donated the plaque to honour Rev. Jules Decorby, who founded the Mission of Saint Philip (formerly called the Fort Pelly Mission) in 1895.

The plaque was there from 1963 until it was removed last Tuesday.

Elders said the growing tally of unmarked graves being found at former residential school sites across Canada compounded the existing hurt associated with the plaque and prompted them to take action.

“It brings back a lot of memories. We just don’t want that plaque there,” said Madeleine Whitehawk.

Whitehawk and others asked Joseph Kuruvilla, the parish priest at the St. Philip’s Roman Catholic Church, to remove the plaque. Kuruvilla then sought permission from the Archbishop of Regina, Donald Bolen.

Grant Severight, who was forced to attend the St. Philip’s Indian Residential School from 1955 to 1964, said he’s pleased the plaque is gone.

“This man [Gray] routinely sexually abused me the whole time I was there,” he said. “Ralph Gray was truly an ugly person.”

Severight said he also saw Gray abuse other boys at the school.

“It was shameful,” Severight said. “We couldn’t talk about it. And this abuse exceeded all of us in terms of our emotional development and all of that because we were silent.”

The Archdiocese of Regina said it had been unaware of the allegations against the music teacher until it received the request to remove the plaque.

When Severight was in Grade 7, he asked to be transferred to the Marieval Indian Residential School to get away from the abuse.

He has been working as a counsellor for several years to help other residential school survivors cope with their trauma.

Elders to meet with Regina Archbishop

According to the elders, Archbishop Bolen will visit Kamsack on Thursday to meet with them and other residential school survivors.

Whitehawk said she has demands for the Catholic Church and “anybody else that was involved in almost destroying us.”

Elders want Pope Francis to not just issue an apology for the church’s role in residential schools, but also to visit each Canadian province and territory to meet with survivors.

Elders also said they want the federal government to urgently implement all 94 recommendations laid out by the Truth and Reconciliation Commission, give all First Nations control over their own child welfare systems and help keep Indigenous languages alive.

“Canada has a very, very dark history about the Aboriginal people,” Whitehawk said. “We’re not going to sit back and let these things happen. We’re going to take a stand, and we’re going to demand. We have a right to do that.”

WARNING: This story contains distressing details. After 70 years, Cowessess First Nation is retaking jurisdiction of children in care in an agreement solidified with visits from Prime Minister Justin Trudeau and Saskatchewan Premier Scott Moe. It comes weeks after 715 unmarked graves were found near a former residential school in the community. 2:04

Elders said it’s crucial that all issues related to reconciliation and the legacy of residential schools are addressed through First Nations’ own cultural and spiritual perspectives.

The Cote First Nation said that it’s looking into using ground-penetrating radar to search for unmarked graves in the community.