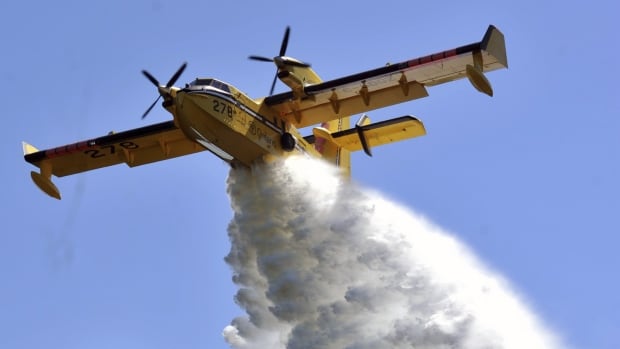 Over 1,000 Pikangikum First Nation residents who were forced to leave their homes last month due to forest fires in northwestern Ontario are expected back in their communities by the weekend.

Vulnerable residents were removed nearly a month ago due to Red Lake 16, among the fires that have been plaguing the region for weeks.

“The fire threat [from Red Lake 16] has reduced somewhat to moderate over the last four weeks, and we are ready to have our community members return home,” Pikangikum Chief Dean Owen said in a statement Tuesday. “Everyone evacuated from Pikangikum is missing their homes, their families and their Pikangikum way of life.

“We have made the official request for repatriation, and we are letting those that have evacuated on their own know that it is now safe for them to return.”

Owen said he hoped to have everyone back by Saturday. Evacuees from Pikangikum were hosted in Thunder Bay, Timmins, Sioux Lookout and Sudbury.

Flights back to Pikangikum are being organized by the province.

Evacuees from two other First Nation communities also forced from their homes about a month ago are due to start returning home this week. They are:

On Monday, a spokesperson for Aviation, Forest Fire and Emergency Services (AFFES), said the Red Lake 16, Red Lake 51 and Red Lake 65 fires all seem to be slowing — all three are now listed as smouldering with some visible smoke.

Flights back to Poplar Hill were expected to start Tuesday, with Deer Lake residents scheduled to start heading home Thursday.

CBC has contacted the province to confirm those schedules.

As of Tuesday morning, 112 forest fires were burning in northwestern Ontario.

Environment Canada has issued air quality statements due to smoke in the Red Lake, Ear Falls and Pikangikum areas.

No new fires were confirmed on Monday, AFFES said.

A restricted fire zone remains in effect in the Kenora, Fort Frances, Dryden and Thunder Bay districts, and portions of the Sioux Lookout, Red Lake and Nipigon districts. Outdoor burning is prohibited in those areas.

The province has also issued an emergency order for northwestern Ontario that allows it to take special measures “to ensure the safety of people and the protection of critical property.”

The restrictions apply to certain industrial operations that have the potential to cause sparks and start fires. A complete list of affected operations is available on Ontario’s forest fire information page.