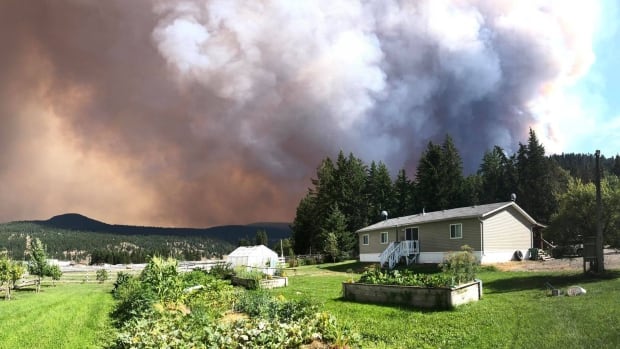 Residents of nearly 400 properties on one flank of a destructive wildfire in British Columbia’s southern Interior are being allowed to head home.

The Thompson-Nicola Regional District has downgraded an evacuation order to an alert.

It has also issued an all-clear for hundreds more homes threatened by the 557-square-kilometre White Rock Lake wildfire burning between Kamloops and the northwest shore of Okanagan Lake.

Properties from the outskirts of Kamloops east to Chase are affected by the downgrade, which was issued Monday night shortly after two other local governments replaced evacuation orders with alerts in and around the communities of Falkland and Fintry.

The B.C. Wildfire Service says the White Rock Lake fire remains out of control and evacuation orders continue for the fire-damaged communities of Monte Lake and Westwold.

However, crews have calmed part of the southeast flank of the blaze, closest to Okanagan Lake, while growth elsewhere stalled after a damp weekend.

The wildfire service reports just five new fire starts over the last two days, dropping the total number of wildfires to about 260. But there’s concern another hot spell due to arrive Wednesday will ramp up the fire danger.

Environment Canada has issued special weather statements covering inland sections of the north and central coasts, parts of Vancouver Island, the inner south coast and southern Interior, calling for heat in the mid- to high-30s, with little overnight relief until the weekend.