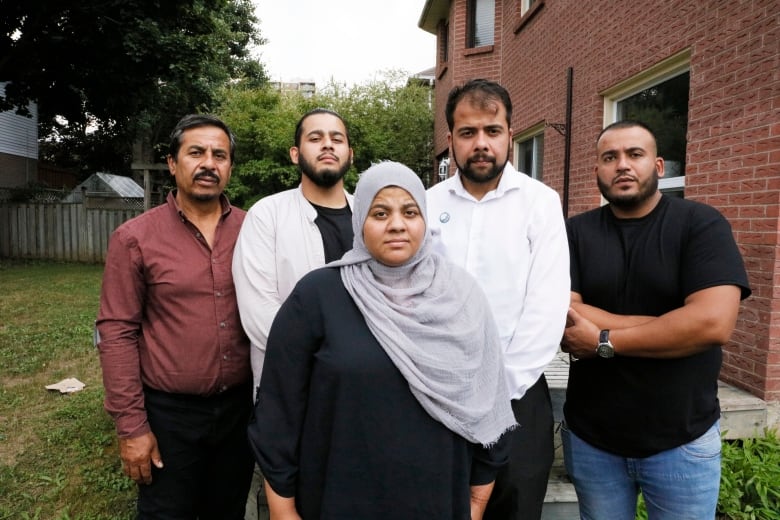 Five years after Soleiman Faqiri died on the floor of an Ontario jail — shackled, pepper-sprayed and face down with his head covered — the province’s chief forensic pathologist has determined just what killed him.

It’s the answer to a question his family has been asking for years, only to be told again and again there was no way of knowing how the 30-year-old with schizophrenia died behind bars as he awaited transfer to a medical facility.

Faqiri’s official cause of death, as found by Dr. Michael Pollanen: “Prone position restraint and musculocutaneous injuries sustained during struggle, exertion and pepper spray exposure” in a person with an enlarged heart and worsening schizophrenia.

In other words, Faqiri’s death was the result of being held face down on his stomach and the injuries he suffered while being physically restrained and repeatedly struck by a group of at least six guards at the Central East Correctional Centre in Lindsay, Ont., in 2016.

“Multiple musculocutaneous injuries were present due to blunt trauma caused by some combination of correctional officers striking Soleiman Faqiri, or his body hitting the ground or stationary objects during a violent struggle with the correctional officers,” Pollanen said in a peer-reviewed forensic pathology review report dated Aug. 5.

It’s a grim conclusion but one his family can find some measure of peace in after years of anguish over a truth they’ve believed in all along.

“At the end of the day, is there relief? Yes and no. Soli is gone, he’s not coming back and a part of my family died that day,” Faqiri’s brother, Yusuf, told CBC News. “But what this report does effectively is what should have been done five years ago.”

Their one hope now is for criminal charges against the guards involved in Faqiri’s death and for his case to serve as an example so that no family has to lose a loved one with mental illness this way again.

As a result of the chief pathologist’s report, the case has been referred back to the Ontario Provincial Police, meaning criminal charges could possibly be back on the table, the family’s lawyers say.

Two previous criminal investigations — by the Kawartha Lakes Police Service and the OPP, respectively — resulted in no charges being laid against any of the guards involved.

‘There is no mystery remaining’

“We now know that Soleiman Faqiri was killed with a lethal combination of excessive force,” said Edward Marrocco, one of the lawyers representing the family.

“There is no justification for what was done to him. There is no training that authorizes correctional officers to use this kind of violence. Pollanen has drawn a direct connection between the brutality Soleiman endured from the guards and the death of his body. There is no mystery remaining in the killing of Soleiman Faqiri.”

Faqiri — or “Soli,” as his family knew him — had been a straight-A student and captain of his high school football team. But his life took a turn when he was diagnosed with schizophrenia at 18 after a car accident. Over the years, he was repeatedly taken into custody under the province’s Mental Health Act.

Pollanen’s finding comes just months after the lead pathologist announced a review into Faqiri’s death. According to the family’s lawyers, it also replaces the finding of the original 2017 forensic pathology report by Dr. Magdaleni Bellis, which found Faqiri’s cause of death could not be determined — or was “unascertained.”

The move to review the case comes less than a year after court documents emerged suggesting jail guards violated their use-of-force policies when they restrained Faqiri.

In a formal examination provided under oath, one of two jail managers fired after Faqiri’s death, Dawn Roselle, said she would never have knowingly combined the use of pepper-spray and a spithood with restraining someone on their stomach.

The province has claimed in court documents that Roselle and another manager fired after Faqiri’s death did not act “in the course and scope of their duties.” Their lawyer previously told CBC News his clients were being “scapegoated” by the province.

It also comes more than two years after CBC News spoke exclusively with an inmate whose cell was directly across from Faqiri’s segregation unit, and whose eyewitness account never factored into the original post-mortem report.

A former inmate speaks out about a day that haunts him

‘We call on you to do your job’

In his report, Pollanen confirms he took into account a statement from an inmate along with those of correctional officers, examined autopsy and lab results, medical history, video footage from inside the jail, the spit hood covering Faqiri in his final moments and the cell where Faqiri took his final breath.

Pollanen mentions that the science behind how someone might die in a face-down position is “not entirely settled in forensic medicine,” and that other pathologists could hold different opinions on how to frame the “bottom line” cause of his death.

That’s something Faqiri’s family now hopes will change following the revelation of his cause of death.

“To the Ontario Provincial Police — we call on you to do your job,” said Faqiri’s older brother, Yusuf. “Prove to us that the system doesn’t protect correctional officers when they break the law.”

A spokesperson for the Ministry of the Solicitor General said it could not comment on the review.

“As this matter remains before the court and there is a pending coroner’s inquest it would not appropriate for the ministry to provide public comment,” said Brent Ross.

A $14.3-million lawsuit filed by the family against the ministry and seven individual jail staff members remains before the courts.