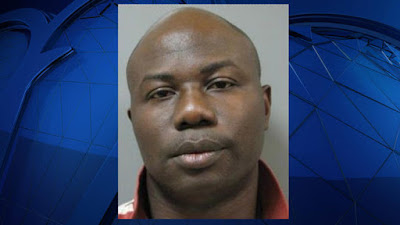 41 year old Nigerian man, Olukunle Oyekanmi, a correctional officer at the Montgomery County Correctional Facility in Boyds, near Clarksburg in Maryland, has been arrested for sexually assaulting a transgender inmate on Tuesday July 11th.

An investigation by the police showed that Oyekanmi, 41, entered the woman’s cell at about 6:20 a.m. and sexually assaulted her. Surveillance video showed Oyekanmi was in the inmate’s cell at the time of the alleged attack. During an interview with Montgomery County police department detectives, Oyekanmi admitted to the assault, police said.

He was arrested Tuesday evening at his home. Oyekanmi is charged with second-degree sex offense, second-degree assault, sexual contact with an inmate and malfeasance in office. He was released after he posted $20,000 bond.