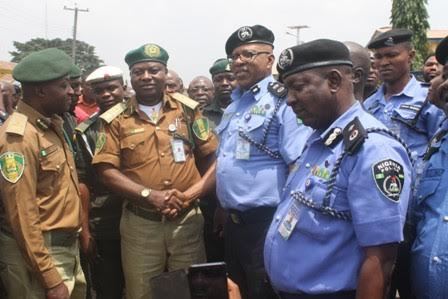 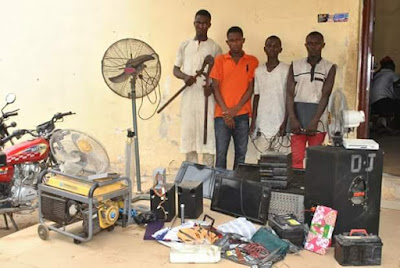 The Niger State Police Command have arrested members of a notorious gang of thieves terrorizing Minna and environs. The gang specializes in breaking into Houses when the occupants are away and cart away with valuables such as electronic devices and money.
Suspects arrested include Saidu Suleiman, Bilya Shehu, Abdulraman Danladi and one receiver.
The following stolen items were recovered from them: Three LG plasma Television
Two “OX” standing fans
One HP laptop
One thermocool Generator, and other items.

The suspects have been charged to court