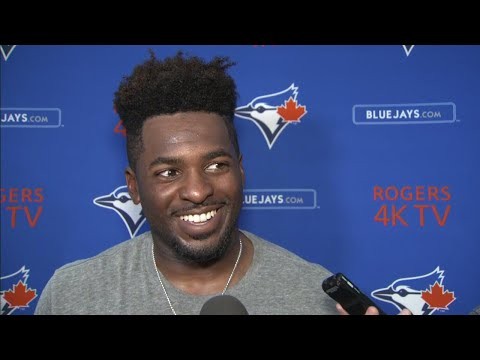 The trading deadline is 6 weeks away, but the hot stove has already heated up. Yonder Alonso has come out with a surprisingly strong and specific statement about staying with the A’s beyond 2017 and Gray has been linked, however presumptuously, to the Astros.

Dealing Jed Lowrie is simpler with Franklin Barreto knocking on the door and Lowrie playing as well as he can possibly play. Ryan Madson is having a terrific season, but relievers are volatile and it would free up significant payroll to shed the last 1.5 or so years of Madson’s $22M contract. Both have injury histories and are past their prime years.

But I find this year’s decisions around Alonso and Gray particularly conflicting. Obviously a lot depends on what the best offer looks like, but either way the pros and cons of a trade are both significant in each case.

– Alonso is having such a fantastic breakout season that he could yield a legitimate young talent in return. If the Yankees were to offer Dustin Fowler or Clint Frazier, it’s hard to see how the A’s could justify saying no.

– At 30, Alonso is a risk to begin declining during any long-term deal, and that’s assuming his breakout is sustainable over time. The A’s are looking to get young and athletic at the level of the likes of Matt Chapman, Franklin Barreto, and Chad Pinder and Alonso does not fit that profile going forward.

– To keep Alonso in the fold the A’s would have to commit a sizable chunk of money they could otherwise spend elsewhere. Perhaps an extension would look something like 3/$42M (or not — I’m terrible at guessing dollar figures), and at the moment the A’s biggest commitment is $22M to Madson. (Their biggest annual commitment right now is, of course, $10M to Billy Butler. At least the A’s are getting their money’s worth by not allowing Butler to swing a bat or grace the clubhouse.)

– If the A’s trade Alonso, nothing prohibits them from bringing him back in the off-season as a free agent. We call that the Aroldis Chapman Maneuver, where you add Gleyber Torres and don’t even lose Chapman.

– I’m going to start with one that is less “on field” and that is the spurning of a player who, while producing on the field and providing leadership in the clubhouse, overtly expresses a desire to stay. In Alonso’s case this isn’t the usual, “I’m comfortable here, I’d be open to conversation” drabble. (Note that the official definition of “drabble” is “a short work of fiction around 100 words in length,” the perfect description of most sound bytes in which a player purports to want to stay with his current team rather than strike it rich on the open market.)

Alonso says he thinks it will happen and emphasizes that while many players come to Oakland to leave for a pay day he really means it when he says he likes this group and wants to make Oakland his home. He says this while sporting a gaudy .302/.397/.630 line, having never gotten a big contract and knowing that if he signs an extension he likely won’t have a similar opportunity down the road.

For the A’s, whose fan base is starved for familiarity and commitment to good players, to say, “Hey thanks, but we’re trading you,” is a troubling thought on the heels of letting Josh Reddick walk — though at least the A’s did make him an offer (3/$36M), if not a highly competitive one compared to the $52M he got from the Astros.

– On the field, it is unlikely the A’s can replace Alonso with a superior 1Bman. Matt Olson offers a possibility, though so far his skill set screams .200/.300/.400 with great defense and that’s a far cry from Alonso even if Yonder’s slugging regresses back to a more human level. I see .270/.350/.450 as being a realistic projection for Alonso’s early 30s seasons. With excellent defense, that’s a very good player on a contending team. It’s also probably more than you can hope or expect to get from Olson. Ryon Healy might offer a bat as good as Alonso’s, but the drop in defense is as large as Ryon himself.

– The trade market for 1Bmen will be limited, so a bidding war is unlikely. Teams like the Yankees and Orioles (Chris Davis is out indefinitely with an oblique injury) may well focus on starting pitching rather than offer an elite prospect to bolster an already robust offense, while teams like the Mariners are unlikely to be buyers at the deadline. Most teams have 1Bmen who are thriving.

I think the A’s have to explore the market for Alonso in July, in case they can pry a Fowler or Frazier away. What I would hope they might do is to discuss with Alonso, now, what an extension would look like, and then if he isn’t dealt ink that extension — and if he is traded, ink him to that deal early in the off-season. A small market team gets to win an unfair game with a little “wink wink” shrewdness, no?

– Gray figures to be a hot commodity at the deadline due to teams’ need for starting pitching, Gray’s excellent velocity and peripherals, and his appeal as a pitcher under contract for 2 years following 2017. He could bring back the type of haul that completes a rebuild, despite coming off a terrible 2016 season and having been highly inconsistent in his 2017 starts.

– Every pitcher is an injury risk, a ticking time bomb if you will (will you?), and Gray is coming off injuries each of the past 2 seasons. You might not be “selling high” like you would have been after the 2015 campaign but you are “selling before he might break for good”.

– Gray is about to become more and more expensive, and appears to be settling into more of a “#3 SP” profile than that of an ace. Can the A’s afford to carry Gray, even through 2 seasons in which they hope to compete, if he continues to be inconsistent and not always healthy?

– The notion that you can never have too much starting pitching has been hammered over the A’s heads with the losses this year of Gray, Manaea, Graveman, and Triggs, the struggles of Cotton and Mengden, the bump in the road with Bassitt’s TJS rehab…I mean the A’s haven’t had this many problems since…2016. No matter how many interesting prospects the A’s have in Oakland or at AAA, if the A’s hope to contend they will have a better chance with Gray than without him.

– Gray’s stuff, from his velocity to his swing-and-miss rates, suggest he might bounce back to be at least a #2 SP going forward and as such his salary would not be unreasonable for the A’s to absorb as they try to contend and usher in a new stadium. He is a team leader and staff leader and homegrown product who would be an excellent ambassador to a young staff.

– You might get a very good return for Gray but you won’t get the kind of haul Sonny would have yielded 1.5 years ago when he had 4 years left on his contract, had never been injured, and was coming off of finishing 3rd in the Cy Young voting. (I know Steve Harvey announced Gray had won, but that was a mistake.) Hey, they might even be able to wrestle a Sean Nolin or Brett Lawrie!

Just by virtue of supply and demand, Gray might be a hot commodity in July and I think the A’s need to explore how much teams are willing to bid for his services — and if it’s like most trading deadlines they are likely to get an offer worth taking.

I would hate to see Sonny go, but his inconsistencies even healthy and throwing well suggest to me that he is no longer quite a #1-#2 level SP, that his lack of fastball command and proclivity to making mistakes in the strike zone have caught up to him, and that at the deadline a team is likely to overpay for a pitcher who comes with a fair amount of risk.

I think if the A’s can secure that coveted young CFer, or even a worthy COFer, along with a young SP with #1-#2 SP upside, they can hope to improve the core going forward without losing SP depth. It worked with swapping Trevor Cahill for Jared Parker, Mark Mulder for Danny Haren, Danny Haren for Brett Anderson. It backfired with swapping Tim Hudson for Dan Meyer when Meyer got hurt.

There are no certainties, but if the A’s get a typical “deadline overpay” offer I think it’s ok to take it. And I say that as someone who really loves Sonny Gray.