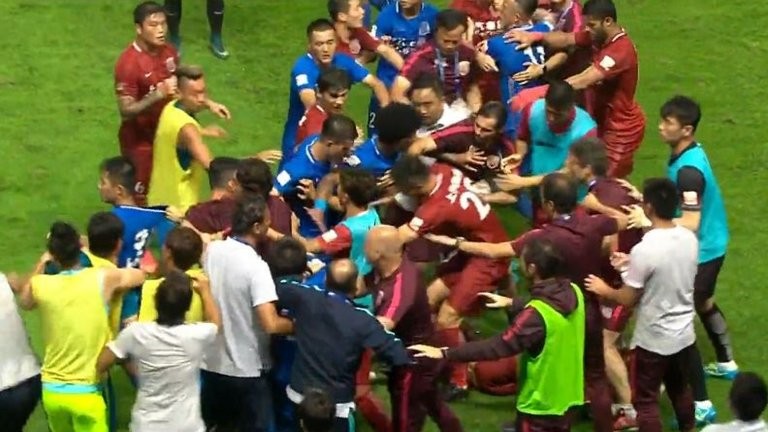 The incident came in first-half injury time during Guangzhou R&F’s 1-1 draw with Shanghai SIPG, shortly after Hulk had equalised for the away side, who are managed by former Tottenham and Chelsea boss Andre Villas-Boas.

Oscar became agitated and appeared to deliberately lash the ball at two opposition players before being pushed to the ground.

That prompted a brawl involving all 22 players, both sets of substitutes and several members of staff on the pitch.

The referee ended up sending one player off from each side – Tixiang Li of Guangzhou and Huan Fu of Shanghai with neither happy with the decision.

It was the second controversy of the game involving Oscar, who set up Hulk’s goal, but was marginally offside.

And the game, which started in heavy rain, will also be remembered for a howler from Shanghai goalkeeper Junling Yan for the opening goal.

However, it’s the brawl which will make headlines – and you can see it in the video at the top of the page. 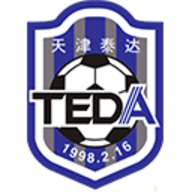 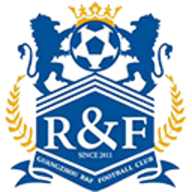