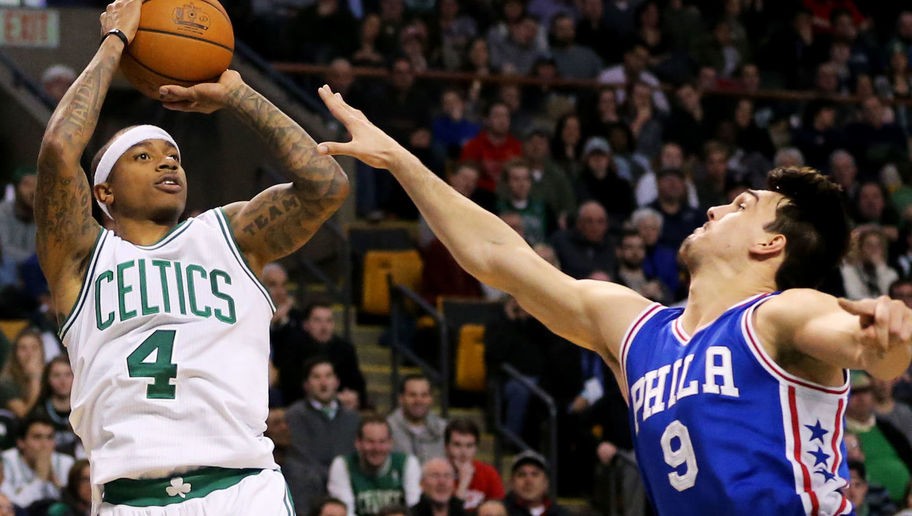 LONDON — The National Basketball Association (NBA) and Anschutz Entertainment Group (AEG) announced today that the NBA London Game 2018 will feature the Philadelphia 76ers and Boston Celtics playing a regular-season game at The O2 on Thursday, Jan. 11.

Tickets for the game will go on sale in October 2017.  Fans can register their interest for tickets to the NBA London Game 2018 and gain access to bespoke content, presale information and more by visiting NBA.com/London.

The game will be broadcast live on BT Sport in the UK, by the NBA’s broadcast partners across EMEA and on NBA LEAGUE PASS International.

In addition to the oncourt action, the NBA London Game 2018 will feature a variety of interactive fan activities, NBA Cares community outreach initiatives and Jr. NBA basketball programming that will bring the NBA experience to fans in London.

Fans in the UK can find more NBA information at NBA.com/UK, the league’s official online destination in the UK, and on Facebook (NBA UK) and Twitter (@NBAUK).  Fans can also purchase all the latest 76ers and Celtics merchandise at NBAStore.eu and at The O2 on game night.

“This will be our 16th game in London where our events have become an annual opportunity for basketball fans across Europe to come together and share their passion for the NBA.”

“We are proud to announce the eighth NBA regular-season game in London featuring two storied franchises in the Philadelphia 76ers and the Boston Celtics.  Our established tradition of hosting NBA games in London has a real impact on the popularity of the sport both here in the UK and with fans visiting from Europe, and we look forward to showcasing the excitement, athleticism and incredible competition of our league in a truly authentic atmosphere.”

“I am delighted the NBA continues to bring the world’s best basketball to our great city in what has now become a well-established and eagerly anticipated event on London’s sporting calendar.  I know Londoners will be thrilled to see the Philadelphia 76ers and Boston Celtics up close at our world-famous O2.  I am determined to make sure London remains the sporting capital of the world, and a key part of that is bringing major sports events here.  It is also important that those major events provide important community benefits, which the NBA does so well.  I look forward to welcoming visitors from the UK, Europe and across the globe and showing once again that London is open.”

“We are proud to host another exciting NBA game in London.  This event is a cornerstone in the calendar that has cemented The O2’s reputation for hosting the best sporting action, as well as its outstanding music and entertainment content.  We look forward to welcoming the Boston Celtics and the Philadelphia 76ers for what will be, I’m sure, an amazing game.”

“I look forward to coming back to London with the Sixers after visiting for the first time this summer.  We are a young, hungry team and will be sure to give the fans an exciting game against Boston in January.”

“It’s very exciting for our team and the whole Celtics organization to compete in front of our loyal fans in London.  I can’t wait to connect with them at the NBA London Game 2018 and hopefully make new fans in the process.”