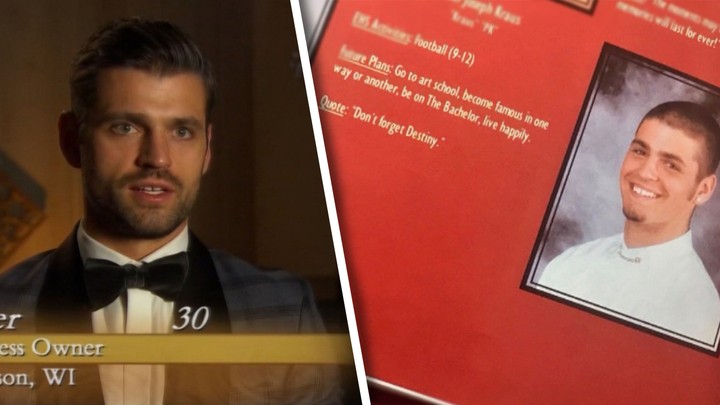 Will Peter Kraus become the next Bachelor? He’s not opposed to the idea.

On the finale of The Bachelorette season 13 on Monday, Rachel Lindsay chose Bryan Abasolo to receive her final rose and then got a proposal from him after a dramatic and emotional breakup with Kraus.

“If you’re asked, will be you be the next Bachelor?” Michael Strahan asked him on GMA Wednesday.

“I’d have to think a lot about it,” Kraus said, drawing cheers from the crowd.

“Well, the people have spoken!” Strahan said. “They want you to be the next Bachelor.”

ABC has not commented. It is customary for stars of The Bachelor and The Bachelorette to be former finalists.

Kraus, 31, had actually written in an entry in a high school yearbook photo that his future plans included, to “be on The Bachelor.”

“At the time, I’d not had a serious girlfriend, I don’t even think I’d kissed a girl at that point and The Bachelor had just started airing and this man [Alex Michel] was the epitome of what every guy wanted to be; he was successful, intelligent, hard-working, he was known by all and desired by the girls and I wanted the girls.”

Lindsay said goodbye to Kraus after he told her that while he did not want to stop being with her, he was not ready to propose to her the following day. The two later reunited on the post-finale After the Final Rose show.

Kraus said on GMA that after their onstage conversation, he thinks she is in a happy place and that he is “getting” to one.