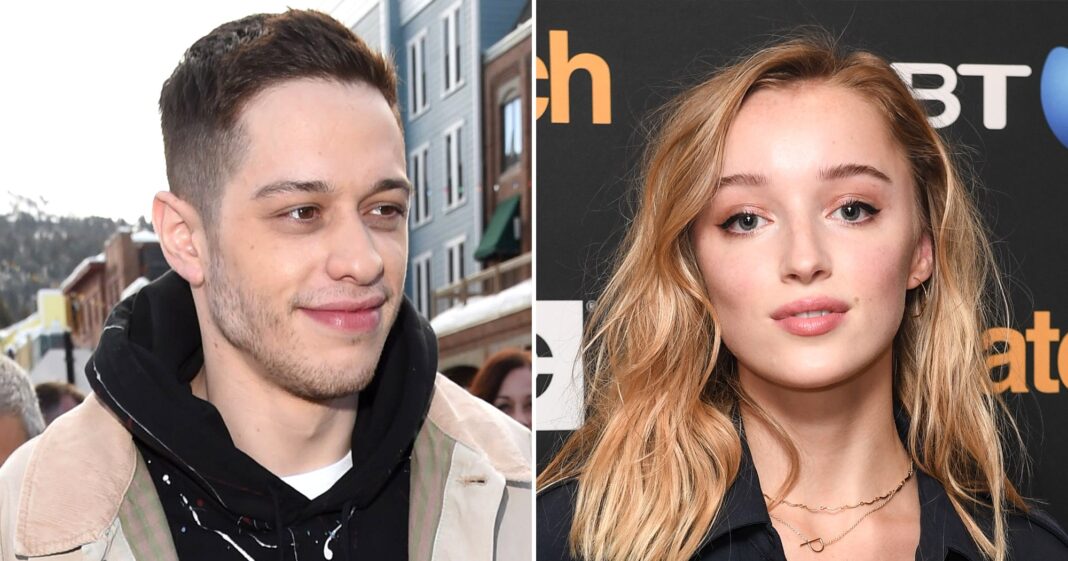 Heating up! Pete Davidson and Phoebe Dynevor Romance have fans buzzing. The Saturday Night Live star and the Bridgerton actress first sparked romance rumors in March 2021 after being spotted together in the U.K. An eyewitness told Stoke-on-Trent Live at the time that she caught the pair packing on the PDA as they walked together in Caverswall, England. “We saw them holding hands and hugging each other,” she said.

The pair were officially dating long-distance. “Pete and Phoebe are still going strong despite not being able to spend time together physically,” a source revealed in April 2021 while Dynevor was filming across the pond. “They keep in touch over text and FaceTime. Right now, they’re just focused on work. … They’re not looking to rush things.”

The insider shared that it was Davidson’s sense of humor that drew Dynevor in, telling Us, “They’re happy with each other. He makes her laugh. Pete is a good guy and definitely a charmer. He’s easy-going and fun to be around.”

The stand-up comedian seemingly confirmed the relationship later that month. “I’m with my celebrity crush,” he told Marquette University students during a Zoom call when asked whether he had his eye on someone special.

The couple both appeared to show off their new romance with a nod to one another in matching initial necklaces. During an appearance on The Tonight Show Starring Jimmy Fallon in April 2021, Davidson wore a “PD” interlocked necklace, which matched a similar piece that the British beauty had worn during a Q&A session on YouTube.

Davidson was previously engaged to Ariana Grande from June to October 2018. He later dated Kate Beckinsale from January to April 2019, Margaret Qualley from August to October 2019, and Kaia Gerber from November 2019 to January 2020.

Also read: This Is The Song In The Burger King ‘Sourdough King’ Commercial

Dynevor, for her part, was previously linked to recruitment executive Simon Merrill and Skins alum Sean Teale before sparking romance rumors with Bridgerton costar Regé-Jean Page. Both the Netflix stars denied the speculation.

In August 2021, an insider confirmed to Us Weekly that the twosome decided to go their separate ways because distance “put a strain on the relationship.”

Keep scrolling for a timeline of Davidson and Dynevor’s relationship: 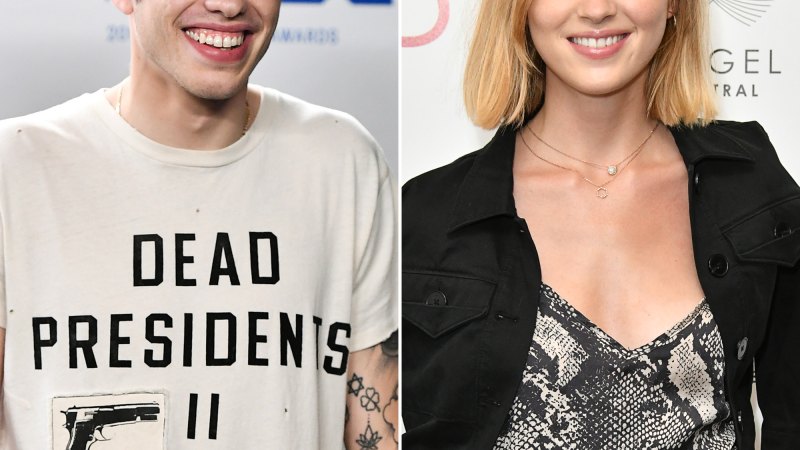 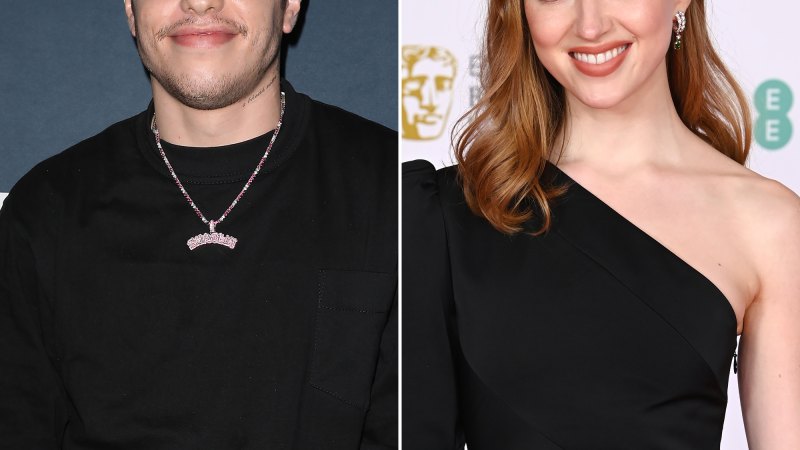 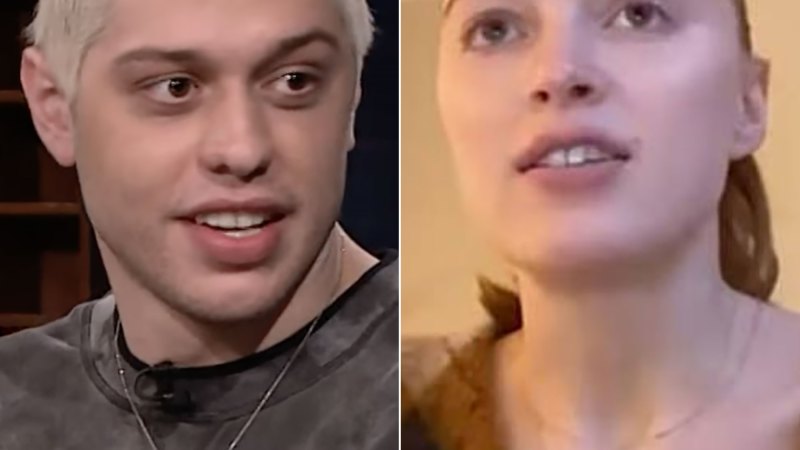 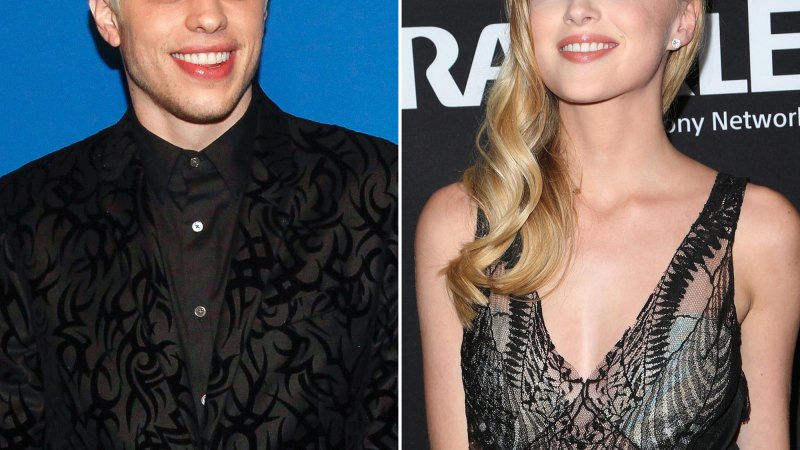 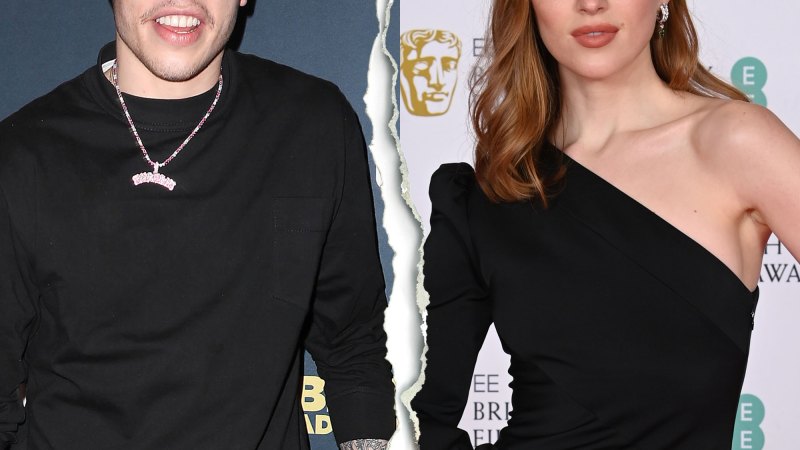