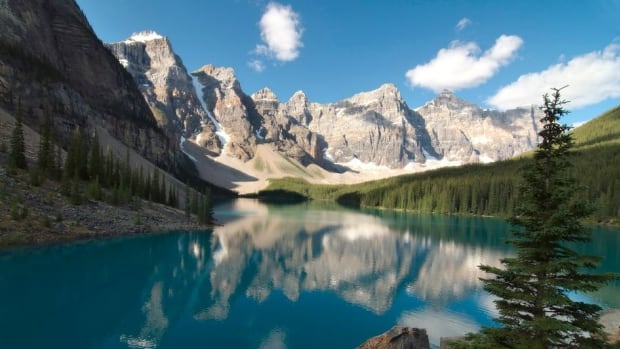 Starting this year, personal vehicles will no longer be permitted at popular tourist destination Moraine Lake in Alberta.

According to Parks Canada, access to the lake will be by Parks Canada Shuttle, Roam Transit, commercial buses and taxis from June to mid-October.

In a tweet, the organization said the decision was made due to safety concerns and negative experiences caused by 24-hour demand for parking.

An advisory panel report on moving people sustainably in the Bow Valley says its first key strategy is to reduce private vehicle arrivals.

That report is available for feedback until Feb. 5.

Moraine Lake and nearby Lake Louise are among the most visited destinations in Canada, Parks Canada said.

Photographer Kristopher Andres, who lives in Banff, Alta., says the area’s popularity has been overwhelming in recent years.

“A few years ago we could go there, pretty much anytime of day or night and we would have plenty of parking. We’d enjoy the scenes and have an adventure,” he said.

“In the last couple of years it has exploded where we would go there at [2 a.m.] trying to beat the crowds and the parking lot was jammed 24/7. It’s just been overtaken; the locals have been pushed completely out of that area.”

He said something had to change in the area.

“I’m happy that it’s going to be protected a little more, but to reduce the traffic completely, I wish they’d go to a permit system where it would be visitor permit only,” Andres said.

“It’s a place that needs to be protected and monitored, but I think there’s ways of doing it without having to do a full closure.”

Lee Nordbye, a Calgary photographer who frequents the Moraine Lake area, says he has questions about how the change will impact long hiking excursions — including those which take place before sunrise.

“I’m a photographer, I’m an adventurer. I don’t run by a typical clock. And so if there’s services that meet those needs, then yes, I will use it. I’ll be there. If there’s not, then. I probably won’t,” he said.

A Parks Canada spokesperson was not immediately available for comment.