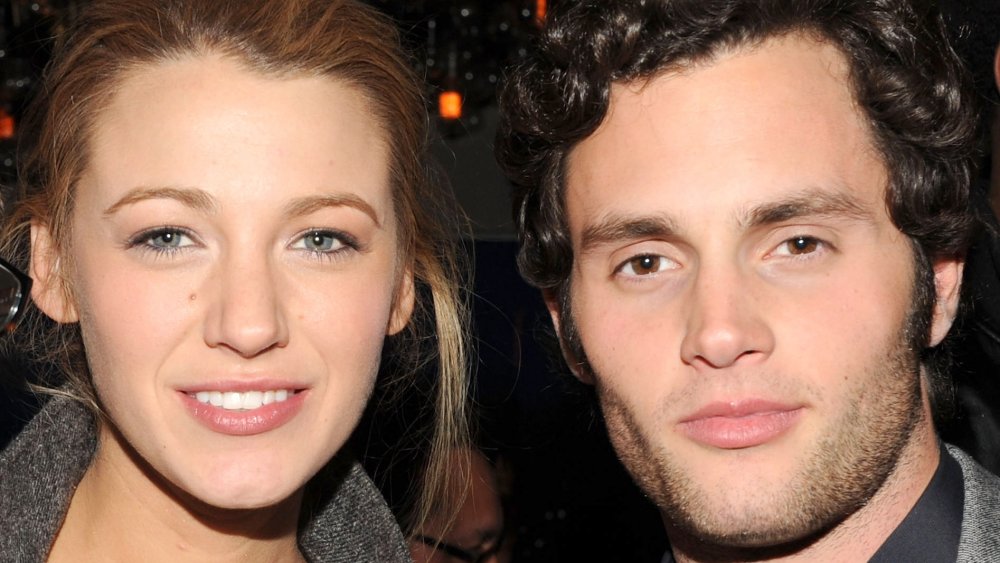 When Penn Badgley and Blake Lively started dating in 2007, they tried to keep their romance from becoming gossip on the Gossip Girl set. “I remember there was one point where we were just afraid of how our personal lives overlapping our work life could be perceived by our bosses,” Lively told Vanity Fair during a 10-year retrospective on the series. According to executive producer Joshua Safran, they were just as mum about their breakup in 2010.

Badgley declined to be interviewed for that piece, but he has spoken about his relationship with Lively, telling Elle, “We were very much caught up in the show, which itself was a six-year endurance test. Our relationship was a part of that and helped us through it.” While this on-screen pairing didn’t work out in real life, Badgley’s wife, Domino Kirke, announced in February 2020 that they were expecting, and Lively is happily married to Ryan Reynolds, with whom she has three daughters. So, everyone got a happy ending, including characters Dan and Serena.

What can we learn from this? Dan may have been Gossip Girl, but tell Badgley all your secrets — he’ll never tell. Well, sort of: During an appearance on Watch What Happens Live, he called Lively his best on-screen kiss “because we actually had a relationship at the time” (via Us Weekly), as well as his worst “after we broke up.” 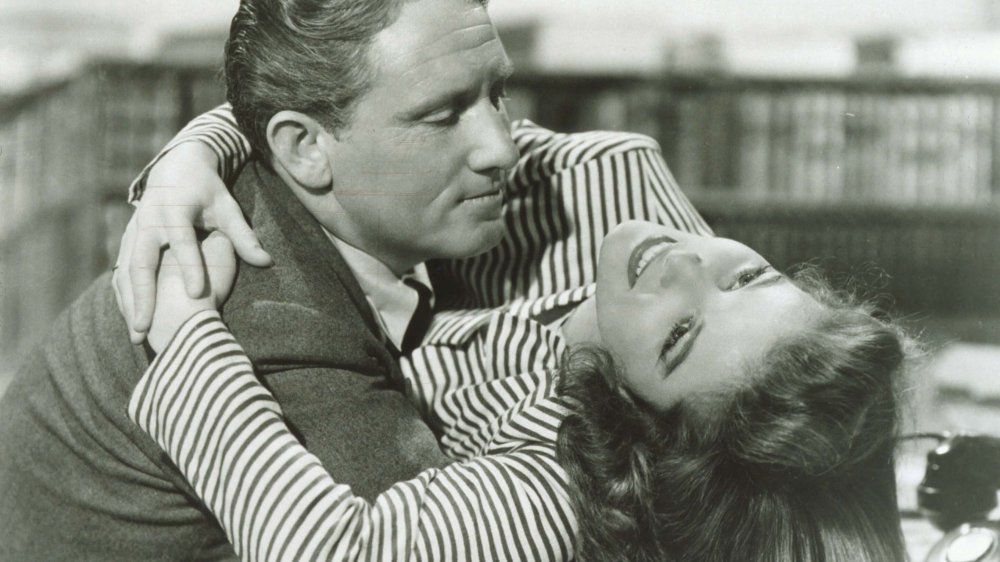 Hollywood is notorious for the short-lived marriages its produced, but affairs by nature are kept quiet. In 1942, one of the most iconic affairs in the business began: Katherine Hepburn and Spencer Tracy. They met on the set of Woman of the Year, playing rivals Sam and Tess — who kissed, fell in love, and got married — but decided (with pressure from MGM studios) to keep their scandalous real-life relationship a secret for the next 26 years.

Tracy separated from (but didn’t actually divorce) his wife, Louise Treadwell, according to The Rake. He struggled with anxiety, depression, alcoholism, and “volatile” moods, but the otherwise feminist and liberal Hepburn was devoted to her lover nonetheless. “I wanted him to be happy, safe, comfortable. I liked to wait on him, listen to him, feed him, work for him. I tried not to disturb him … I was happy to do this,” the actress once said (via The Rake). Hepburn was by Tracy’s side days before he died — which was shortly after Tracy finished filming the pair’s last movie together, 1967’s Guess Who’s Coming to Dinner — but didn’t attend his funeral out of respect for his family.

It’s a love story made for the movies and almost made it to the big screen. Per Deadline, Tracy and Hepburn was in development in 2014, but further details have been kept under wraps. 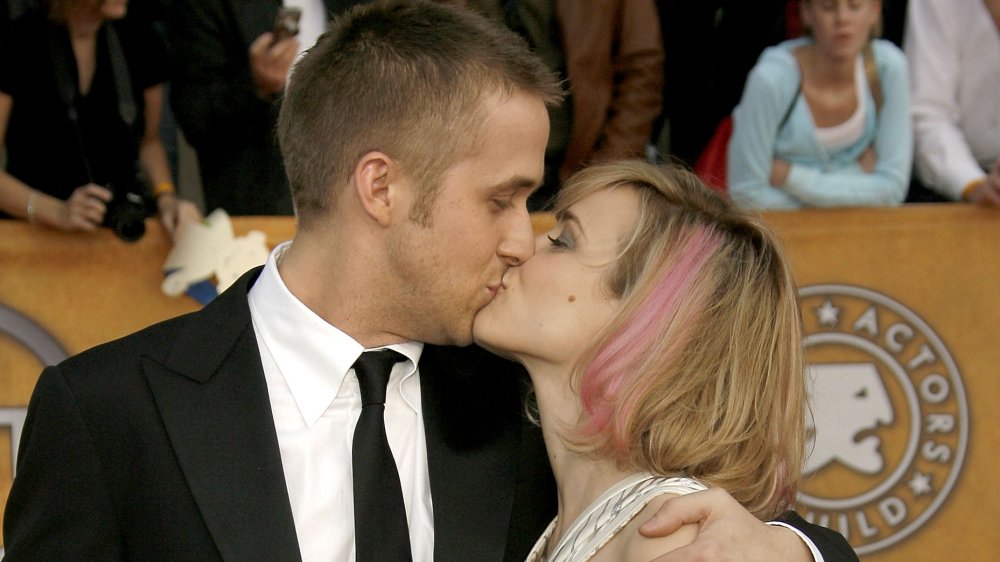 Ryan Gosling and Rachel McAdams are unique to this list, because they did not fall in love on the set of The Notebook. In fact, it would be more accurate to say they actively disliked each other. Director Nick Cassavetes told VH1 that Gosling wanted him to kick McAdams off the set one day and read with another actress off-camera. The actors had a mediation session. “We went into a room with a producer; they started screaming and yelling at each other,” Cassavetes said. “… The rest of the film wasn’t smooth sailing, but it was smoother sailing.” Smooth enough for the pair to start dating after filming.

“I mean, God bless The Notebook. It introduced me to one of the great loves of my life,” Gosling told GQ in 2007. “But people do Rachel and me a disservice by assuming we were anything like the people in that movie. Rachel and my love story is a hell of a lot more romantic than that.” (Their best kiss win at the 2005 MTV Movie Awards led to probably the best on-air kiss in the broadcast’s history, so he’s got a point.)

As for the breakup, Gosling said, “The only thing I remember is we both went down swingin’ and we called it a draw.” It sounds like they eventually fell under the spell of their characters, Allie and Noah, on set and found something real — but spells wear off.