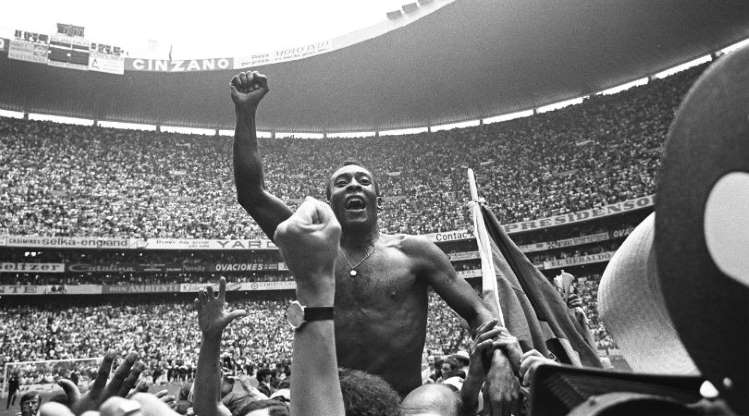 Pele signed professional terms with Santos in June 1956 and made his debut that September, immediately scoring the first of 1283 career goals. Within 10 months he had been called up for the national team, and at the age of 17 he’d scored a hat-trick in the World Cup semi-finals and twice in the final as Brazil lifted their first Jules Rimet trophy.

The most complete footballer the world has ever produced won a further two World Cups in a glittering career that saw him find the net for Brazil 77 times in 92 internationals. As Johan Cruyff enthused, “Pele was the only player who surpassed the boundaries of logic.”

Career highlight: On 19 November 1969 at the Maracana, Pele scored his 1,000th goal from a penalty – despite often giving team-mates the chance to take them, saying they were “a cowardly way to score”.