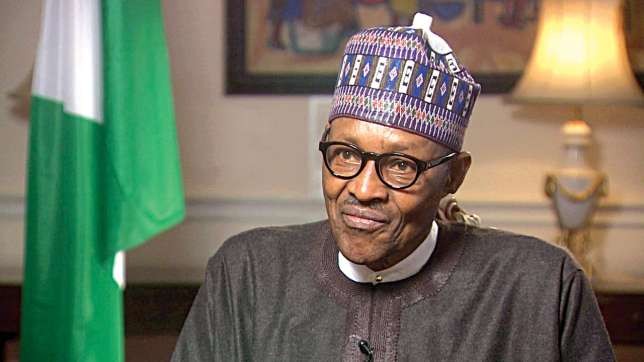 While in London, Buhari said that the country’s youthful population is reliant on the notion that Nigeria is an oil-rich nation, which leads to the demand for free things.

The Peoples Democratic Party (PDP) has described President Buhari’s visit to London as a waste of Nigeria’s money.

Buhari was a guest speaker at the Commonwealth Business Forum in Westminster on Wednesday, April 18, 2018.

The President also met with the Prime Minister of Britain, Theresa May.

The President also caused a stir in Nigeria with his comment at the business forum.

Buhari said that the country’s youthful population is reliant on the notion that Nigeria is an oil-rich nation, which leads to the demand for free things.

He said “More than 60 percent of the population is below 30, a lot of them haven’t been to school and they are claiming that Nigeria has been an oil producing country, therefore, they should sit and do nothing, and get housing, healthcare, education free.”

According to PDP, Buhari only went to London to disgrace Nigeria.

The spokesman of the party, Kola Ologbondiyan said that the President did not attract any investment as a result of his trip.

Ologbondiyan said “President Muhammadu Buhari’s attendance of the Commonwealth Heads of Government Meeting (CHOGM) in United Kingdom, which came at huge cost to the nation, was a colossal waste.

“Nigerians are not surprised that the President returned last night, empty handed and with no tangible dividend, a development which is the direct consequence of his negative comments about Nigerians and his presentation of false performance indices to his hosts.

“While other commonwealth heads of state used the occasion to negotiate businesses and showcase the potentials and opportunities in their countries, our President only succeeded in de-marketing our dear country and painting our citizens, particularly the youths, in the negative.

“Nigerians may recall that during his meeting with British Prime Minister, Theresa May, President Buhari, in the quest to hide the failures of his administration and push his 2019 re-election bid, Mr President downplayed the worsened economic and security situation in the country under his watch, but opted for self praise and brandishing unsubstantiated record of performance.

“This self-serving stance ultimately blocked all beneficial bilateral engagements that could have helped secure the much needed international interventions in those critical areas.”

“Two days after, President Buhari again took the stage at the Commonwealth Business Forum in London and announced to international investors that Nigerian youths, a demography that forms the bulk of our nation’s workforce, are uneducated and lovers of freebies.

“We were therefore not surprised that no serious investor sealed any meaningful investment deal with Nigeria as dividend from the CHOGM.

“It is also instructive to note that despite the public outrage that trailed his denigration of our youths, the Buhari Presidency has not offered any apology to the nation, particularly our youths, thus further confirming the disdain in which this administration holds our young men and woman.

“Having returned from CHOGM with nothing but wasted opportunities, the next move by the Buhari Presidency would be to hugely mobilize their spin-doctors with public resources and direct them to inundate the media with claims of imaginary gains in an effort to befool Nigerians,” he added.

Meanwhile, the minister of information and culture, Lai Mohammed has said that President Buhari’s comment  at the Commonwealth Business Forum was quoted out of context.