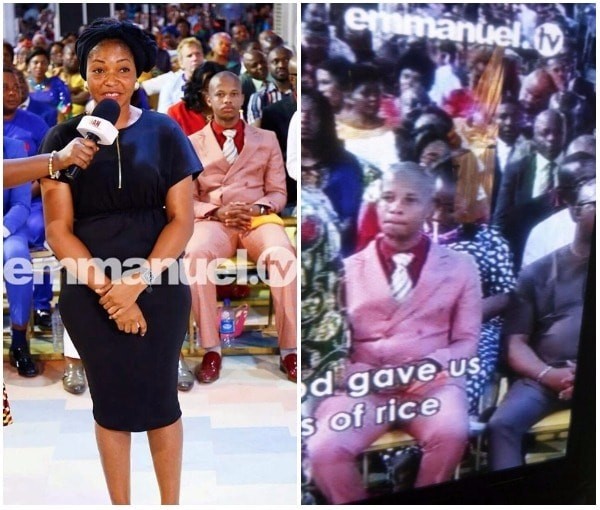 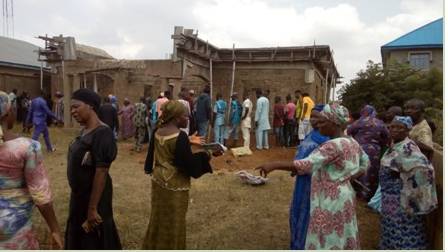 There was drama over the weekend as an Abuja-based pastor, Jacob Oyedepo allegedly used bouncers to disperse family and friends who had gathered to bury his wife at their hometown, Oke-Andi area of Ilorin, Kwara state.

According to reports, the woman, Mrs Christiana Oyedepo who died on May 2nd 2017, was supposed to be buried in a land she developed before she fell sick and later died.
Her husband of 17 years and father of her four children disrupted the burial from holding because he allegedly had plans to sell the land and felt that if she is buried on the land, it will discourage buyers.

Family members claimed that the deceased had embarked on the project with loans obtained from a cooperative society and was still servicing the loan when she died. It is also said that her marriage to the pastor has been rocky with allegation of domestic violence trialing the pastor.

“She was head of choir and he was head of Youth team in the church. Our parents never approved of the marriage initially because the deceased just came home to introduce the man and insisted that she was in love with and that he was a good Christian.” That was what made us to finally accept. We didn’t know there was a lot of abuse in the marriage until she gave birth to the fourth child and she began to speak about it.”