Part 3: Teebillz and Psychologist, Dr. Osaz speak to Linda Ikeji TV on how to battle suicidal symptoms and the signs to watch out for 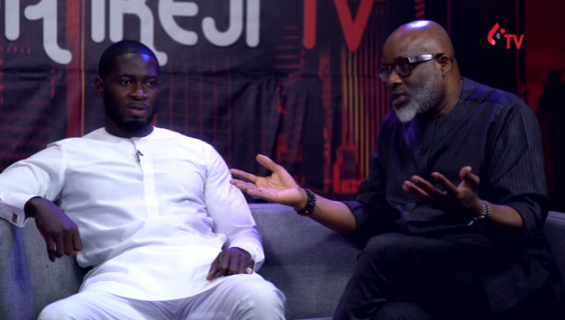 In this final part of Teebillz’s exclusive interview with Linda Ikeji TV, the signs and symptoms through which depression can be identified, how to battle suicidal thoughts, his plan to empower people and the truth about the future of his marriage with singer, Tiwa Savage are discussed. Read some excerpts below. 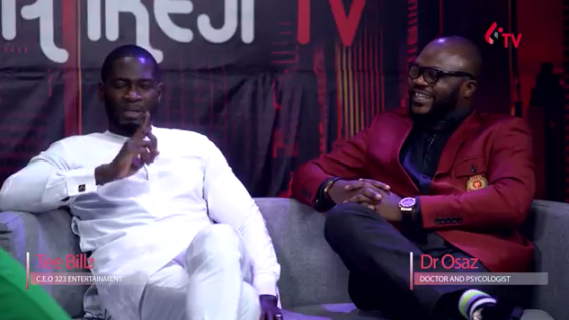 When asked for the medical signs through which one can deduce depression, Dr Osaz said;

“Possible symptoms that everyone can spot in friends or family friends include; Being sad almost all through the day, loosing interest in what you usually have interest in, change of appetite (increase or loss of weight), finding it difficult to sleep, restlessness, a sense of hopelessness, guilt, suicide ideation. However, the fact that you have these symptoms does not mean you have major depression, some are normal. For you make a diagnosis of major depression, clinically – we try to differentiate major depression from depression. Major depression is if you have at least 5 of these 9 symptoms, inclusive of the first two I mentioned, and are noticed consecutively for like 2 weeks, it becomes major depression. Why? Major Depression means that there is a change in the structure of of your brain. These are common things we can spot. WHO has predicted that by 2020, depression would be the second killer disease, and by 2030, the leading killer disease and cause of disability. The shocker is the fact that between the ages of 15 -29, the number one cause of death is suicide as a result from depression. So everybody must wake up to the reality of the fact that mental health is as important as your physical health.

On how to battle suicidal thoughts, Teebillz speaking from his own experience said;

“The most important thing is reaching out for help. Crying out and reaching out. After that you go through the process as every case is different.

On how often people come around for Mental Health treatment, Dr Osaz said;

“It is still on the low side in this part of the world as there is a social stigma attached to it. It’s getting better gradually, social media is helping a lot.

Teebillz then adds that people have reached out to him based on trust, knowing he has gone through such a dark phase. He further revealed that he would be starting his own ‘Mr Billz Foundation’, which he will use to help people with mental health issues and create more awareness with these issues in Nigeria. He also wants to empower young men, helping them to become better.
When Teebillz was asked if he and Tiwa Savage would be back, he said;

When asked whether his marriage would come back together, Teebillz said;

“Was my marriage dissolved before? Did yo see me sign divorce papers? Is social media part of my family and they claim to know what’s going on in my family. I sot not the same social media that said I went to Rehab in the states? I did not leave this country. I fought my journey in this country. Did you hear that she (Tiwa Savage) is married to someone else? Did you hear that she’s dating someone else? Have you seen her date anyone else? Have you seen me date anyone else? Read through the lines and let us stay positive.