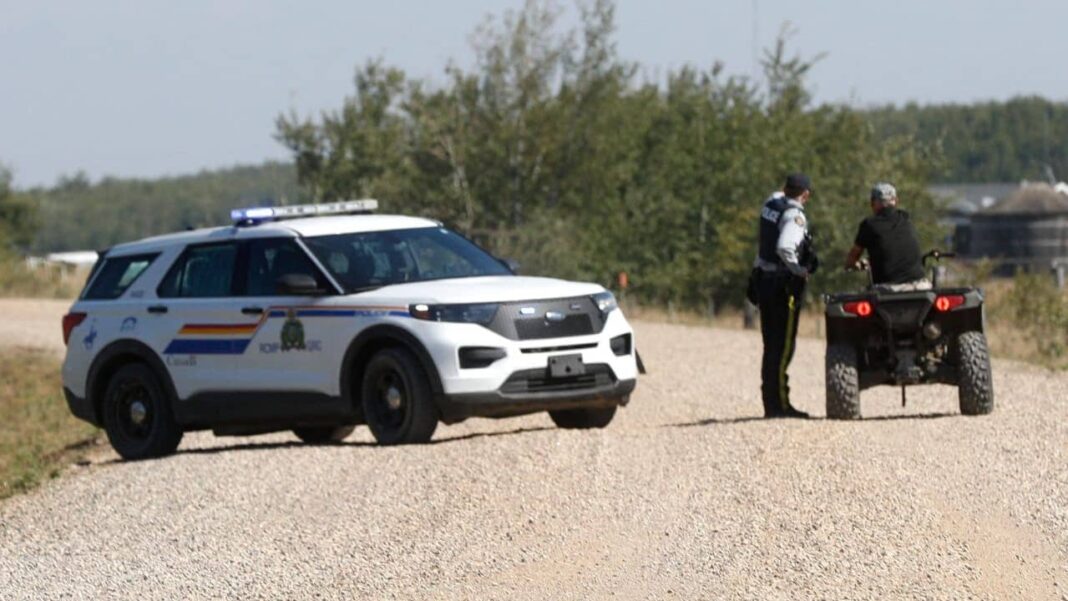 As the search for Saskatchewan stabbing suspect Myles Sanderson drags into a third day, law enforcement experts say the RCMP appears to be determined to show it has learned from past failures during wide searches, including the Nova Scotia mass shootings in 2020.

Sanderson, 32, is wanted over a series of attacks that left 10 people dead and another 18 wounded in James Smith Cree Nation and nearby Weldon, Sask., on Sunday. He is also under investigation in the death of his brother, Damien, who was also sought over the killings.

Police determined on Tuesday that Sanderson was not on the James Smith Cree Nation. Earlier that day, the RCMP sent an emergency alert to phones telling residents to shelter in place after a report of a possible sighting of Sanderson.

A day earlier, police said they were focusing their search on Regina, after a witness reported seeing a vehicle linked to Sanderson on Sunday. Dangerous persons alerts remain in place across Saskatchewan, Alberta and Manitoba.

Sanderson was described as six feet and one inch tall, 240 pounds, with black hair and brown eyes. He may be travelling in a black Nissan Rogue with Saskatchewan license plate 119 MPI.

As police continued to update people across Saskatchewan with emergency alerts, video updates on social media and daily press conferences, former police investigators told CBC News that RCMP appeared to be sharing more information — and more rapidly — than it had during past major incidents, amid ongoing scrutiny of its previous communication mistakes at the Mass Casualty Commission.

WATCH | Suspect in Sask. stabbings is still at large: 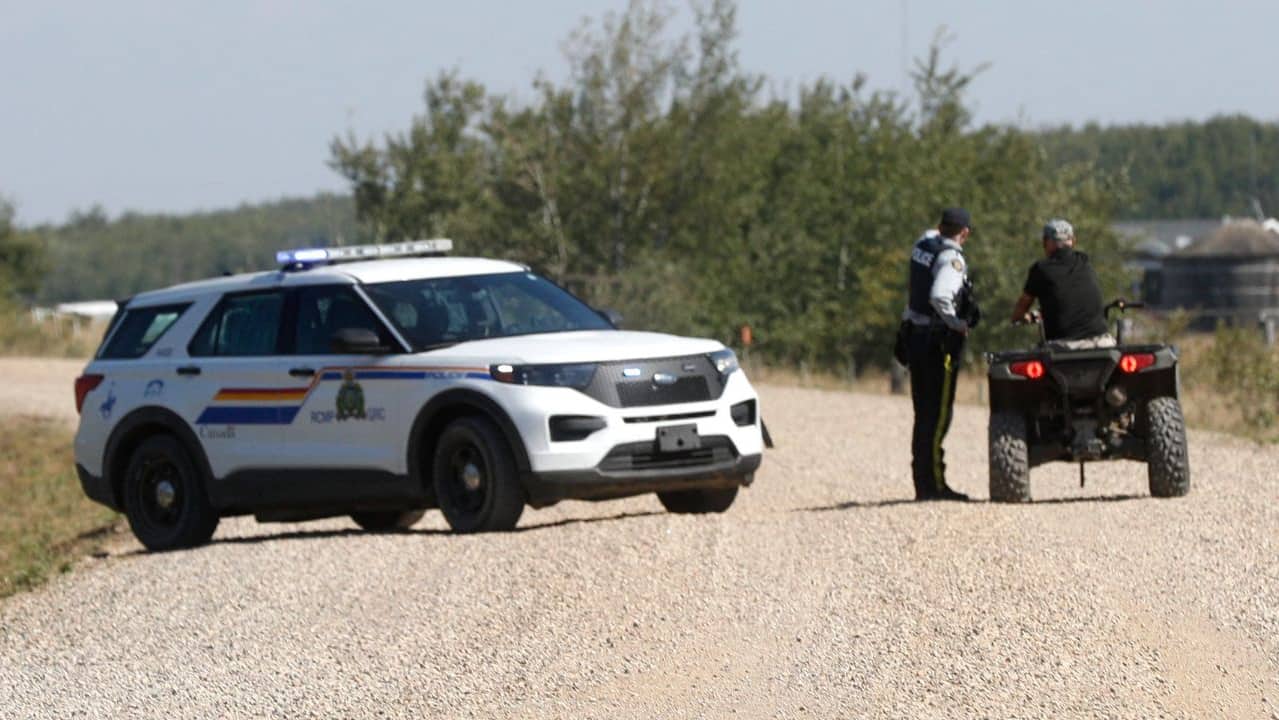 After a false sighting of Myles Sanderson in James Smith Cree Nation, police now say they believe he may have left Regina and are looking for any information that could lead to his arrest.

On Sunday morning, less than two hours after the first 911 calls, Saskatchewan police issued a dangerous persons alert, which was extended to Manitoba and Alberta five hours later — a contrast to Nova Scotia RCMP’s decision not to send emergency alerts to cellphones during the mass shooting there in April 2020, instead relying on Twitter to share information about the gunman’s whereabouts.

“They are sharing more information than I’ve seen the RCMP share on critical incidents than they have in the past,” Kash Heed, the former chief constable of the West Vancouver Police Department, told CBC News Network.

“The public doesn’t need to know those intricate investigative details, but the public needs to know what is going on so they can assist the RCMP … I think, at the end of the day, they will be successful because of that approach.”

The RCMP also appeared to have improved its information sharing with other policing agencies following a three-week search for two teenagers who killed three people in northern B.C. in July 2019, then evading police across Alberta, Saskatchewan and Manitoba, where the teens were eventually found dead from self-inflicted injuries.

Retired RCMP special crimes investigator Bruce Pitt-Payne said the RCMP now seems to be collaborating closely with municipal police forces in Saskatchewan, as well as counterparts in Alberta and Manitoba.

“I think they have actually learned a lot. At the end of the day, maybe they’re going to look into this one as well and find some glitches. But at this stage of the game, perfection is rarely attained.”

Police continue to focus their investigation on Regina following a witness sighting Sunday of the black Nissan Rogue with two people inside it. Regina Police Chief Evan Bray on Monday said police had corroborated much of the witness’ story, although it was unclear whether Myles Sanderson was in the vehicle or who the second occupant was.

Bray also said Sanderson may be injured and might seek medical attention but did not give further details.

He said investigators believe some people knew where Sanderson was and urged them to contact police.

Former police investigators told CBC News that police would be working to trace any friends, family or associates Sanderson had in Regina.

He may be trying to at least hunker down for a period of time without exposing himself, but that’s only a limited period of time … [Police] will pull out whatever stops they can to try and get information on him, whether that’s through some paid informant information or whether it’s just plain boots on the ground,” Heed said.

Law enforcement would also be digging into Sanderson’s social media accounts and those of any associates, as well as looking into his criminal history, to try to pinpoint connections that might lead to his whereabouts, said Monique Rollin, former incident commander for Sault Ste. Marie Police Service.

“There’s a lot of intelligence-led policing that will be going on in the background, so deep dives into an investigation about this person will start to lead them to behaviours and perhaps relationships — someone who could be assisting him.”

However, some law enforcement experts who spoke with CBC News said there were a number of unanswered questions that police would need to answer to reassure the public about the investigation, including what led them to be so confident that Myles Sanderson was still in Regina.

“This is something to probe a little further on, that would be very important for everybody to know at some point — is it a frailty to eyewitness memory, where everybody wants to believe it, or was there additional information and corroboration in some other way?” Pitt-Payne said.

He said police will also need to explain why they didn’t initially tell the public that Myles Sanderson had been on the run since May, which is when he failed to meet with his parole officer.

On Monday morning, Saskatoon Police confirmed Sanderson had been “unlawfully at large” for three months after disappearing following his statutory release from prison, where he had served nearly five years for assault, robbery and other crimes.