‘Paris club refunds to states not FG’s gift for salaries’ 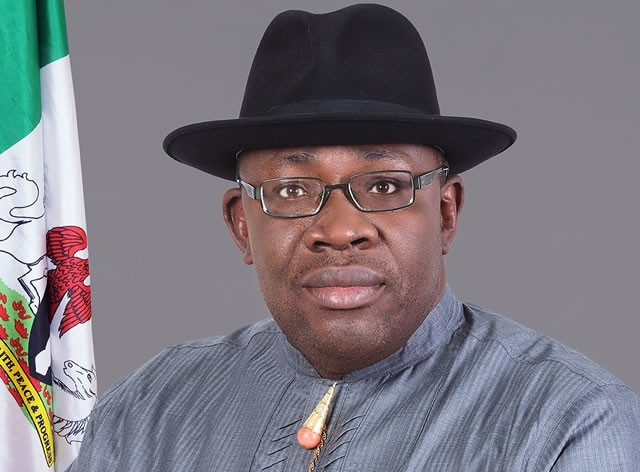 The Bayelsa State Government has said that the Paris Club refund to states is not a gift from the Federal Government to pay salaries.

The Deputy Governor of the state, Rear Admiral John Jonah (retd.), said this during a monthly transparency briefing for April 2017 on the income and expenditure profile of the state.

Jonah said, “The Paris Club refund to states is not a gift from the Federal Government to pay salaries; it is state governments’ money that was deducted without consulting the states. At a meeting, it was decided that the money should be paid in two installments. “

“A chart was drawn up and the entitlements of every state were written. But, the Federal Ministry of Finance and the Central Bank of Nigeria decided that, if that money was released to states for payment of salaries, there would be too much money in circulation. It was then decided the money would be paid in four instalments, which is 25 per cent at a time.”

“When the first 25 per cent was paid, Bayelsa State could have got N21.168bn, but then, when the money came, they only released to us N14.5bn. The first tranche was supposed to have been N21.168bn. But again, that N14.5bn was not for the state government alone, because out of the amount, N1.3bn was for the local government councils. So, what actually came to the state government was the balance of N13.2bn.”

He noted that the state government had for the first time recorded N1.13bn as its internally generated revenue  for the month of March, 2017 as against N983m declared in February.

He attributed the development to the government’s aggressive drive to shore up revenue for the state.

He noted that, the state government received N14.5bn in November last year, out of the N21.168bn due the state for the first tranche of the Paris Club refund.

The Deputy Governor explained that, though, the state experiences seasonal fluctuations in its IGR, he said, the government hopes to sustain its current drive, particularly in the area of wooing investors to increase the revenue.

Presenting the income and expenditure profile, he said, the state government was left with N7.3bn as total funds available as of the end of April, 2017.