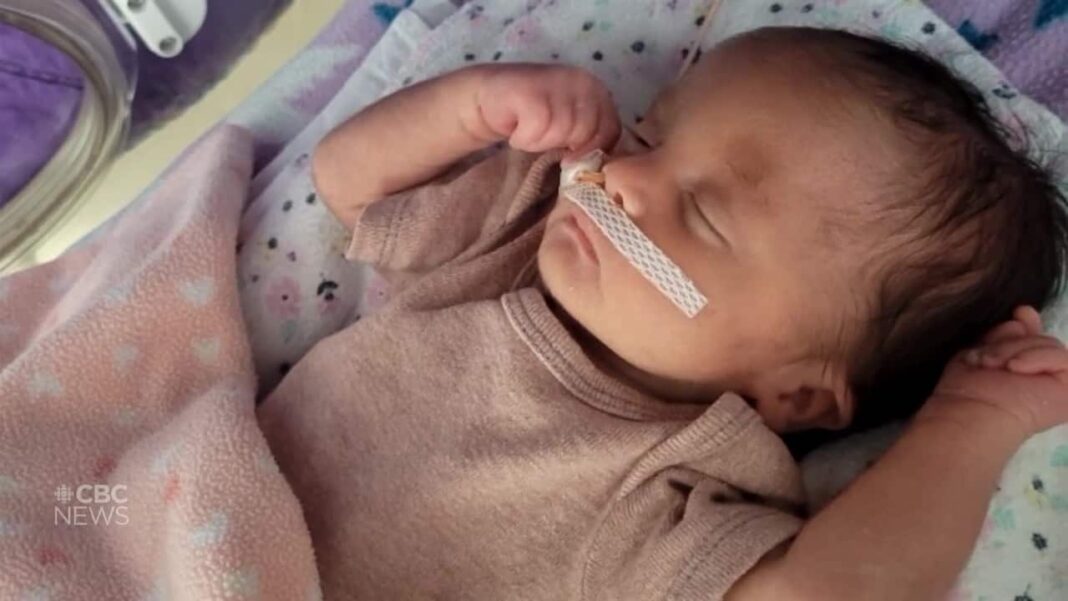 Sheena Wallace-Wilson and Bruce Gagnon of Windsor, Ont., want their sick month-old daughter to be surrounded by loved ones at her bedside.

But the couple and other family of Olivia Gagnon say that’s not happening because of a policy — which they argue is too restrictive — at the Windsor hospital where she’s now being cared for following her birth in London, Ont.

Olivia’s family said they were told by Windsor Regional Hospital’s Neonatal Intensive Care Unit (NICU), which cares for premature and seriously ill babies, that only two essential caregivers can be with the newborn. The hospital says the rule is meant to keep all the babies in the unit protected from outside germs and illnesses.

Olivia was born Sept. 11 at London Health Sciences Centre, where any two people were able to visit the newborn, the family said. It’s something they were grateful for after learning Olivia has trisomy 18, also known as Edward’s syndrome, a severe genetic condition.

An extra copy of chromosome 18 is behind the condition, which can cause severe developmental delays, birth defects and health problems that can involve almost every organ system in the body, according to an article from SickKids Hospital.

Most babies die before or shortly after they’re born — about 50 per cent of newborns live longer than six to nine days. Of those who survive the first 30 days, 36 per cent might be alive at one year.

Olivia’s family said each day is an unknown.

“She’s such an amazing girl to be fighting this long … most babies don’t make it this far and she’s been doing an amazing job,” said Gagnon. 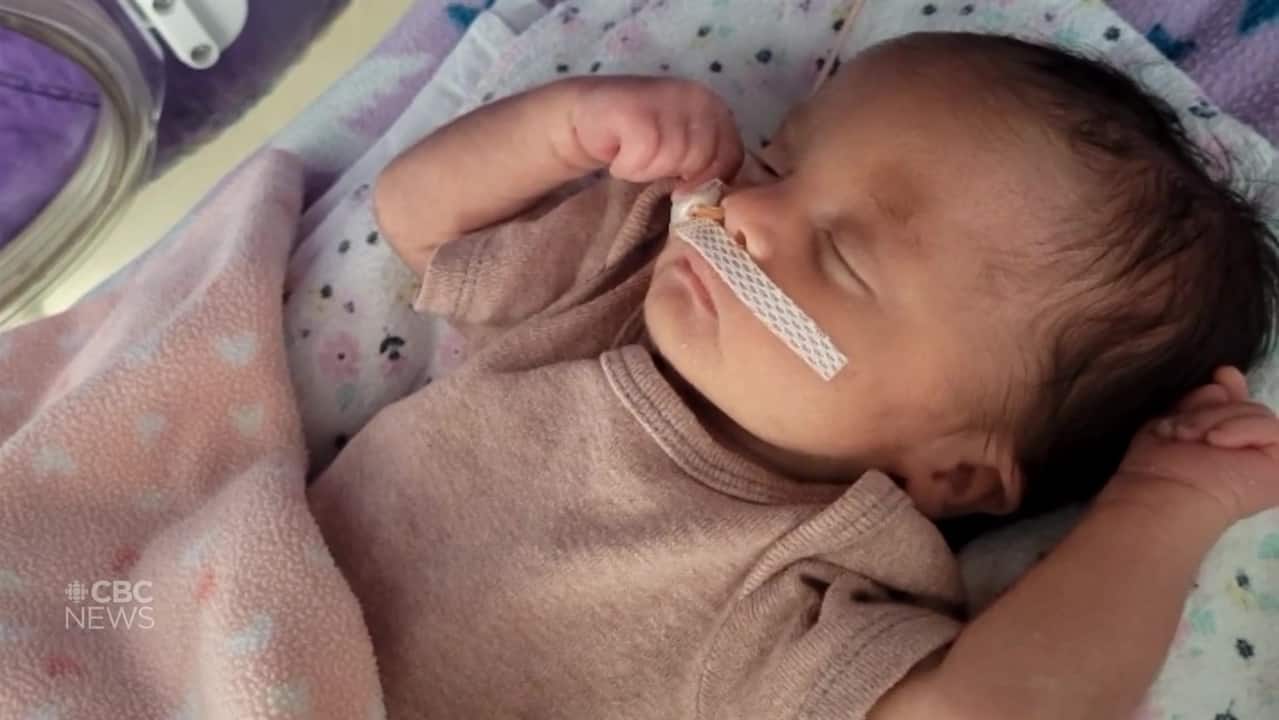 Olivia’s family members say they want to be able to visit her as they don’t know when her health can take a turn for the worse.

It’s difficult to know how long Olivia will live, but she’s not considered palliative at this time.

Despite this, family members say it’s unclear when they’ll get to bring her home. With so many unknowns, Wallace-Wilson and Gagnon want Olivia to be surrounded by her family as much as she can and meet her half-sister, great grandparents, aunts and uncles.

Despite their pleas, the couple said, the hospital won’t bend the rules.

“I live blocks away, yet I can’t even see my granddaughter. We don’t know that if she goes to sleep she’s not going to wake up, we don’t know if she’s going to be here tomorrow or an hour from now — we just don’t know. It just seems so inhumane and cruel.”

Olivia’s grandparents on her father’s side, Debbie and Mike Chedore, said every day the newborn is alive is a “gift.”

“I just don’t get the difference between here and London,” Mike said.

“The people that are making these decisions, I mean it’s very easy to make a decision, take the safe route, but not considering the ramifications of everybody else involved. There’s human beings involved here. We’re not talking about cars; we’re talking about human beings.”

Windsor Regional Hospital told CBC News its police are meant to protect vulnerable babies in the NICU and these rules don’t differ much from what they were pre-COVID.

The hospital said exemptions to the visitor policy can be granted, but that usually happens if the baby is palliative or is not doing as well as expected.

“When we’re looking at granting exemptions to the visitor policy, we have to look at the risk associated for those patients,” said Karen Riddell, the hospital’s chief nursing executive.

“So in the NICU, we’ve got babies that are very high risk, if they’re exposed to infectious disease.”

Riddell said it’s now flu season, along with respiratory syncytial virus (RSV) and COVID-19 circulating. She said if any babies contract these, it could be harmful.

As a result, she said, the hospital needs to reduce the number of people coming into the NICU, especially since the unit is open, meaning the babies don’t have private rooms. At this time, Riddell said, they allow 19 people inside the unit.

Allowing more visitors depends on the baby’s situation, but Riddell said supporting the baby and getting the child home is their top priority.

Even with patient advocate, family told ‘no’

While Wallace-Wilson and Gagnon told CBC News they understand the risks associated with having patients come into the NICU, they said the baby shouldn’t have to be on life-support for family to see her.

“We don’t want people to go up there and see her on her death bed,” said Gagnon.

“We don’t want it to be her dying for family to see her, she should be able to see family while she’s alive,” said Wallace-Wilson.

Wallace-Wilson added that anyone in the unit can bring an illness in and the hospital is not actively testing them for COVID-19 before they go into the NICU.

The family also spoke with a patient advocate through Windsor Regional Hospital, but said the answer was still no.

“Not only for Olivia but for any baby who has a terminal illness, this is ridiculous. There should be something that can happen, like they can have a room or something, or the baby can be moved to [a room] and then visitors can come and see her — I don’t see how that is such a big deal,” said Gagnon.

Natalie Mehra, executive director of the Ontario Health Coalition, which looks to improve the health-care system, said she’s “torn” in a situation such as this, given the strains hospitals are facing.

With COVID-19 outbreaks and low staffing, Mehra said, it’s reasonable for a hospital to decline taking in more visitors, but it also needs to ensure it’s not being unnecessarily restrictive.

“The worst thing that can happen is that hospitals use restrictive visitor policies for their ease, because they don’t want to be bothered with the families,” said Mehra.

“Health care is about providing care for the patients … where the policies have veered into being too restrictive, into losing sight of compassion, we have to push back.”

And that’s what Olivia’s family said it will continue to do, to ensure the newborn knows she is loved.

“Every second is so precious,” said grandmother Wilson.

“She’s fighting, this little girl is fighting so hard.”