What we know about the judge leading the convoy inquiry 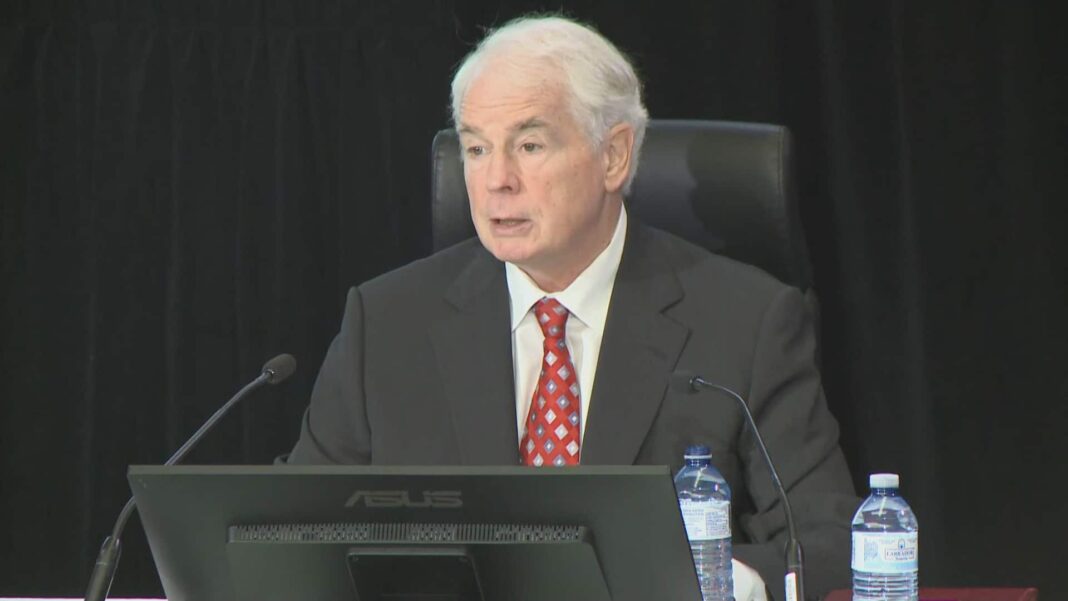 When Paul Rouleau kicked off the inquiry into the federal government’s use of the Emergencies Act, he warned against allowing the proceedings to become “adversarial.”

“I recognize that different points of view will be forcefully advanced. This is to be expected. It is important, however, that at all times disagreement be respectful,” Rouleau said, adding that he would “actively control the proceedings.”

As the head of the inquiry into the federal government’s use of emergency powers in response to the anti-COVID-19 vaccine mandate protest that gridlocked parts of downtown Ottawa this past winter, the Ontario Court of Appeal justice will be the public face of what could be a polarizing and politically tense six weeks. 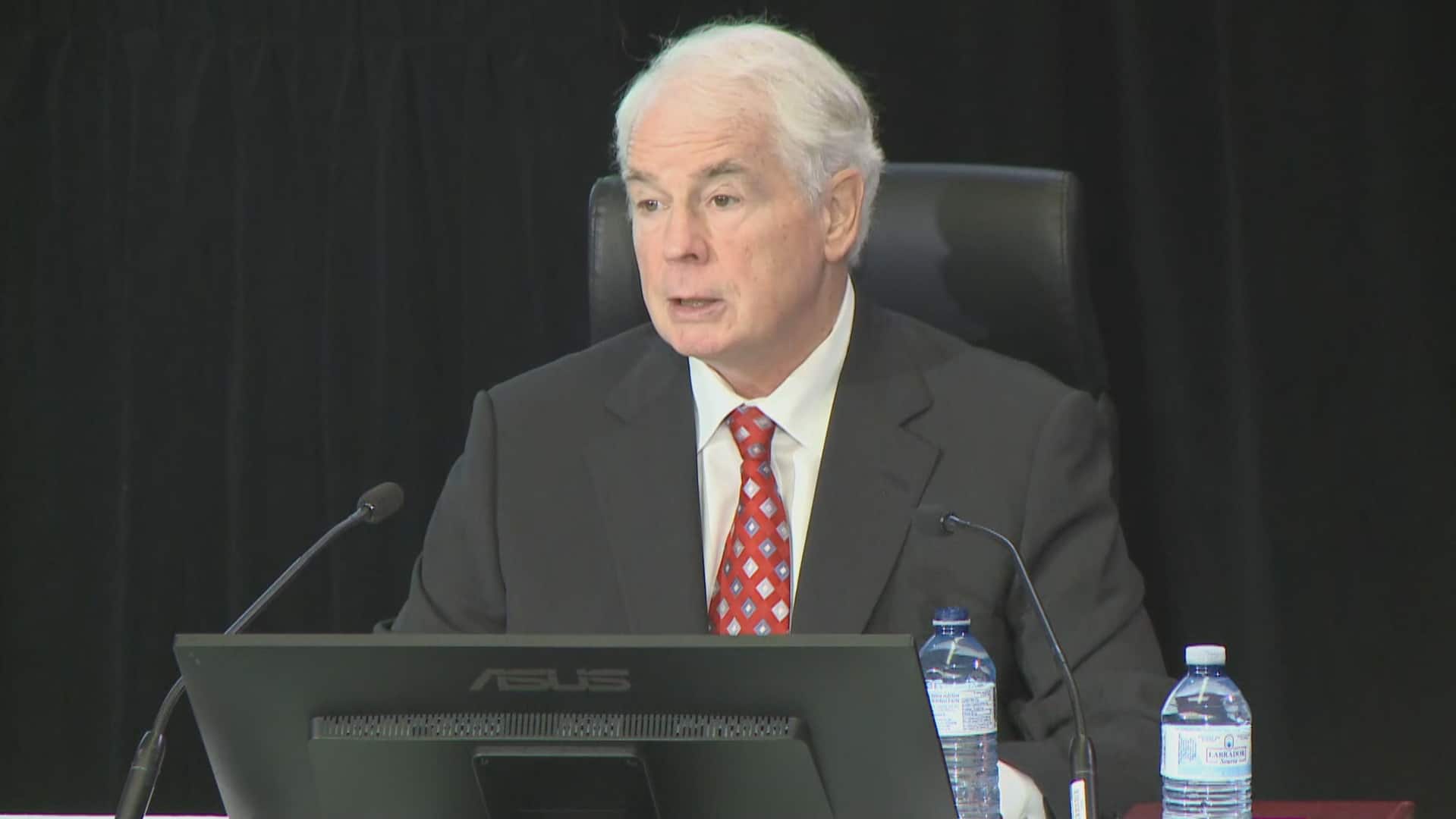 In the first day of the inquiry into the use of the Emergencies Act earlier this year to clear Ottawa of protesters, Ontario Court Justice Paul Rouleau says inquiries are not meant to pass judgment on crimes for anyone involved.

The Public Order Emergency Commission began public hearings Thursday on the government’s decision to invoke the Emergencies Act. It is expected to hear from 65 witnesses during its factual stage, including protest participants, law enforcement representatives, federal cabinet ministers and officials with provincial and municipal governments.

The federal government’s lawyers have promised to lay out the step-by-step process which led the government to declare a public emergency as a “last resort,” while a lawyer for the convoy organizers has said the government never met the legal threshold to invoke the act.

With a tight timeline for the hearings — they’re scheduled to wrap on Nov. 25 — here’s what we know about the man tasked with heading up the commission.

Rouleau is originally from Eastview, Ont., now known as the Vanier neighbourhood of Ottawa, according to his biography from the Universite de l’Ontario Francais.

Rouleau was called to the bar in 1979 and would later obtain a masters degree in law from York University in 1984, according to his biography on the Ontario Court of Appeal website.

In 2002, Rouleau was appointed an Ontario Superior Court judge during Jean Chrétien’s Liberal government, and then a judge on the Ontario Court of Appeal in 2005.

In 2014, he was appointed to the Yukon Supreme Court and later the Nunavut Court of Justice and the Supreme Court of the Northwest Territories, both in 2017.

During his opening remarks on Thursday, Rouleau said his experience as a judge would inform how he conducts the inquiry.

“During these hearings I will be hearing the bulk of this evidence for the first time, just like members of the public,” he said. “To that end, I’ve made no findings and reached no conclusions.

“Like a judge, my findings and conclusion will be based on the evidence that is presented to me. I will keep an open mind throughout and will only reach a final conclusion once the evidence is all in.”

Raj Anand is chair of the Law Commission of Ontario’s board of governors on which Rouleau serves. He said Rouleau is practical, thoughtful and very interested in advancing the law.

With 17 years as a judge of the Court of Appeal behind him already, Anand said, Rouleau has seen many important legal issues that he brings to his role on the board.

“He has lots of experience and lots of ideas, and he doesn’t hesitate to express those ideas,” Anand told the Canadian Press this past spring.

Rouleau has been an active advocate for access to French language education and legal services in Ontario.

Ronald Caza, who worked with Rouleau when he was president of the association, said Rouleau’s approach to litigation was always practical rather than technical.

Rouleau was appointed to the Ontario attorney general’s advisory committee on access to justice in French in 2018.

He successfully argued for the right of children to have access to French public education in the 1986 Marchand case, and also served as a school board trustee in Toronto in the 1980s, according to the public order commission.

Rouleau also worked for Liberal leader John Turner in 1984, according to reports from Maclean’s from the era.

Role of the commission

Rouleau kicked off Thursday’s hearing by explaining the commission’s mandate and the challenges it faces.

“A commission’s recommendations may be modest or wide-ranging. They may be directed at a range of audiences, including government, public bodies and the private sector,” said the commissioner.

“It’s also important to understand what commissions of inquiry do not do. They do not make findings of legal liability. They do not determine whether individuals have committed crimes. While inquiries seek to uncover the truth, they are not trials. Questions of civil and criminal liability are decided by courts and not commissions.”

At Rouleau’s request, the Liberal government has waived cabinet confidence on documents related to its invocation of the act, though it’s not clear if those documents will be made public. It’s only the fourth time in Canada’s history that a public inquiry has been given access to such high-level documents.

After hearing from Ottawa residents, business representatives and two city councillors on Friday, the commission is expected to hear from a number of city officials and police representatives this week.

Ottawa City Manager Steve Kanellakos, outgoing Mayor Jim Watson and Councillor Diane Deans — who was head of the Ottawa Police Services Board for a majority of the protests — will appear before the committee this week. Like Watson, Deans is not seeking re-election this month.