Ousmane Dembele: Forward can be as good as Neymar, says Owen Hargreaves 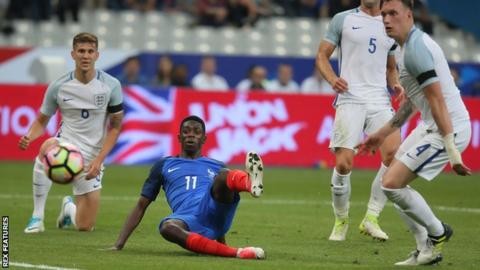 Ousmane Dembele has the potential to be as good as Neymar and could be a future Ballon d’Or winner, says ex-England and Bayern Munich player Owen Hargreaves.

Dembele is set to join Barcelona for a fee that could rise to £135.5m from German club Borussia Dortmund

The fee is second only in value to the £200m Barca received for Neymar from Paris St-Germain earlier this month.

Speaking about Dembele, Hargreaves told BBC Radio 5 live: “He is the best 20-year-old player in the world.”

The former Manchester United midfielder added: “He has been under the radar but for anyone who has seen his body of work in France and the Bundesliga last season, he is breathtaking to watch.

He is going to be a nightmare to play against

“He can play to the right, to the left and as number 10. The figure is obviously high for a young player but if you see him play he will take you breath away. He is a potential Ballon d’or winner.

“I don’t think he will play off the left [as Neymar did for Barcelona]. I think he may play on the right and Lionel Messi could be central.

“He won’t be a direct replacement for Neymar but he has the potential to be as good.

“Neymar is in another category at the moment and will take over from Messi and Cristiano Ronaldo [as the best player in the world].”

“He has the potential to be the best, no question.”

‘We expect a lot from him’

Barcelona coach Ernesto Valverde believes his side will benefit from Dembele’s ability and attacking versatility.

“He’s a player who guarantees an attacking threat, which is something we had lost and we badly need,” Valverde told a news conference ahead of Barca’s game at Alaves on Saturday.

“He can play on either wing or through the middle, he gets forward a lot and is very technical. We expect a lot from him and we’re very excited about him.”

Barca will pay an initial 105m euros (£96.8m) for the France international, 20, who has agreed a five-year contract and will undergo a medical on Monday.

Barca revealed that his deal will contain a release clause of 400m euros.

Dembele has not featured for Dortmund since the German Super Cup on 5 August. The German side rejected a bid from Barca for the forward earlier in August, with the player then suspended for missing training.