Ottawa shelter ‘blown away’ by $750K in donations after staff, residents harassed 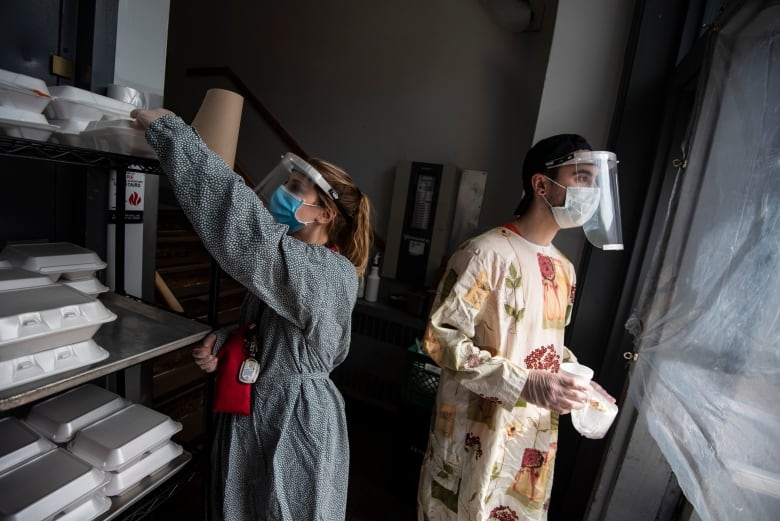 An Ottawa shelter has received a flood of donations after some of its staff and residents reported being harassed on the first weekend that a truck convoy protesting COVID-19 mandates was in the city.

After the Shepherds of Good Hope began posting on Twitter about the incidents, people began sending in donations that in two weeks have totalled roughly $750,000.

“When we got the final tally, we were just incredibly blown away, I think we’re in a bit of a state of shock,” said Caroline Cox, the shelter’s communications manager.

“I think they heard a little bit more about what we do, just based on the fact that we responded to clear up some misinformation,” Freiheit said.  “People said they wanted to donate to support the work that we’re doing in the community.”

Donations came in from across the country and as far away as Australia, she told CBC Radio’s All In A Day.

Shepherds of Good Hope is so grateful to the more than 13,000 people who donated to us over the past 2 weeks. As a result of your generosity, we have raised approximately $750,000! <a href=”https://t.co/ZtkQvFczV9″>pic.twitter.com/ZtkQvFczV9</a>

On Jan. 29, the shelter’s food service was disrupted by a small group of protesters who were seeking a meal and who subjected staff and volunteers to verbal harassment.

One resident was shoved up against a truck and the security guard who came to help him was called a racial slur, Cox said.

She said the security guard identified those involved as part of the protest group.

“Those things, I think, have lasting effects on people,” Freiheit said.

“A lot of people are living with severe trauma in their lives, and often that leads them to becoming homeless. So the events that took place were difficult and challenging for people.”

Freiheit said those affected are being offered support, including for their mental health.

Shepherds of Good Hope has also been dealing with trucks blocking the emergency services lane outside their shelter.

Freiheit said that can be a problem as paramedics and police drop off people with substance abuse disorders for care, so they’re not recovering or detoxing in an emergency ward or jail cells.

“We had to shift how we tried to respond to … overdoses in the community.” Freiheit said.

On par with holiday fundraiser

The donations are on par with what the shelter would bring in during its biggest fundraising campaign of the year, usually over the holiday season, Cox said.

Most of the unexpected cash will go to speeding up the shelter’s two supportive housing projects currently under construction — one on Merivale Road and one on Murray Street.

They follow the residence the Shepherds of Good Hope finished on Montreal Road earlier in the pandemic.

According to the shelter, the money will cover unexpected expenses related to supply chain issues and rising material costs, as well as furniture and commercial kitchen equipment not covered by government grants — and may help the new facilities open faster.

“Our goal is to get people out of homelessness and to lower the numbers of people who need shelter services,” Freiheit said.

The funds will also help cover the cost of the approximately 1,000 meals served each day at the soup kitchen and four residences they run, and also help them buy items that aren’t always donated like powdered milk and cooking oil, according to a tweet from the shelter.

Members of the Ottawa community have donated $750,000 to Shepherds of Good Hope in response to difficulties they’ve faced in the last two weeks due to the protest. 5:21