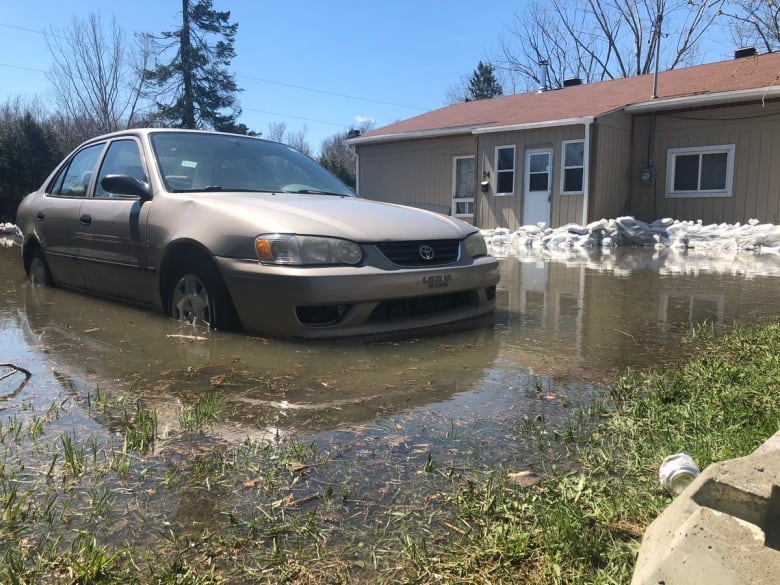 The still-rising Ottawa River has already set all-time high water records and has not yet peaked.

According to the Ottawa River Regulation Planning Board’s Sunday 5 p.m. update, the river is at record-breaking levels in LacCoulonge, east of Pembroke, Ont., Arnprior, Ont., and Ottawa. Records for those areas date back to 1985 for Lac Coulonge and 1950 for the other two cities.

Records were broken at Britannia in Ottawa on Sunday when the water level rose two centimetres above the peak set in 2017.

The Hull marina in Gatineau, Que., is expected to break a record in the coming days.

The forecast — which depends on a number of factors and is “subject to a high degree of uncertainty” — says water levels will continue to rise up to 50 centimetres in parts of the city and should peak in Ottawa-Gatineau Tuesday or Wednesday.

The City of Gatineau said water levels were at the 100-year flood threshold in Aylmer, Hull and Pointe-Gatineau, with levels in Masson-Angers to the east less than 10 centimetres from that level.

At a press conference Sunday afternoon, City of Ottawa officials said some 5,500 volunteers have been out helping since April 19, along with 780 members of the Canadian Armed Forces.

“There’s a considerable amount of [residents] that want to stay and try and keep working on their homes,” said Laila Gibbons, the city’s director of roads and parking services.

Gibbons said there is “significant concern” about people staying when they’ve been advised it’s not safe — particularly if they have to call 911.

“It’s the access — how do we get to the property? That’s where our concern lies,” said Gibbons. “In terms of emergency services, there’s an inability to get there in a timely fashion to help people.”

Crews have already shut down hydro and gas at some homes in the city’s West Carleton-March ward, which includes the hard-hit communities of Constance Bay and Fitzroy Harbour, Gibbons said.

There would likely be further hydro shutoffs later Sunday in the east Ottawa neighbourhood of Cumberland, she added. 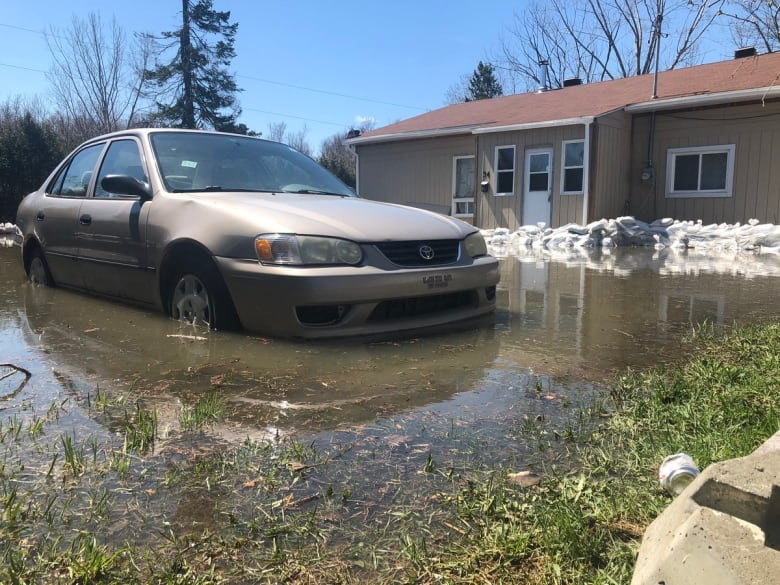 The western Gatineau community of Aylmer is seeing new flooding as of Sunday, April 28, 2019, despite preparations over the previous few days. (Krystalle Ramlakhan/CBC)

The City of Gatineau said this morning 1,212 people have registered as flood victims, representing 575 homes — an increase of nearly 500 people in the last 48 hours.

There are states of emergency in at least 14 communities in the region, including Ottawa, Clarence-Rockland, Ont., and the Pontiac.

Millions of sandbags have been distributed across the Ottawa-Gatineau area’s riverside communities, with the military joining residents in Clarence-Rockland just east of Ottawa, today. Bridge closure will cause delays

The Chaudière Bridge, one of five bridges across the Ottawa River in Ottawa-Gatineau, is also now closed.

OC Transpo bus routes using the bridge would be rerouted along Wellington Street, said Greg Kent, manager of traffic management with the CIty of Ottawa.

Kent urged people to bike, walk, or take transit to get to work tomorrow — or work from home, if they could.

“It’s always a challenge when we lose a bridge,” he said.

The province of Quebec announced its offices in Gatineau would close on Monday because of the floods.

The city of Ottawa has moved its volunteer registration centre for western areas to the Dunrobin Community Centre on the Thomas A. Dolan Parkway, which is open from 9 a.m. until 7 p.m. today.

City officials said Sunday they wouldn’t be moving that end time later in the day, even with the sun staying up longer and the highest water levels still to come.

“This is a long haul,” said Gibbons. “We don’t want to burn [volunteers] out.”

“The situation is stressful. And we want residents to know it’s OK to not be OK,” Hendriks said.

Ottawa’s deputy mayor tweeted a model showing how far floodwaters are expected to reach into one area of Cumberland.

Local conservation authorities have started to flag the possibility of 20 to 30 millimetres of rain on Wednesday and Thursday, just as water levels on the Ottawa River are expected to be peaking.

Further south, the Cataraqui Region Conservation Authority in the Kingston and Brockville, Ont., area is warning water levels in the St. Lawrence River and Lake Ontario systems should keep rising rapidly this week.

In 2017, docks and some homes in that area were affected by floods.

Non-emergency boats are now banned from the Ottawa River between the capital and the Carillon dam on the Ontario-Quebec border, under the order of Minister of Transportation Marc Garneau.

Boaters caught breaking this ban could be fined up to $5,000.

Garneau’s office said drones are not allowed to fly within nine kilometres of flooded parts of Quebec and mentioned the possibility of further airspace restrictions if air evacuations are needed.