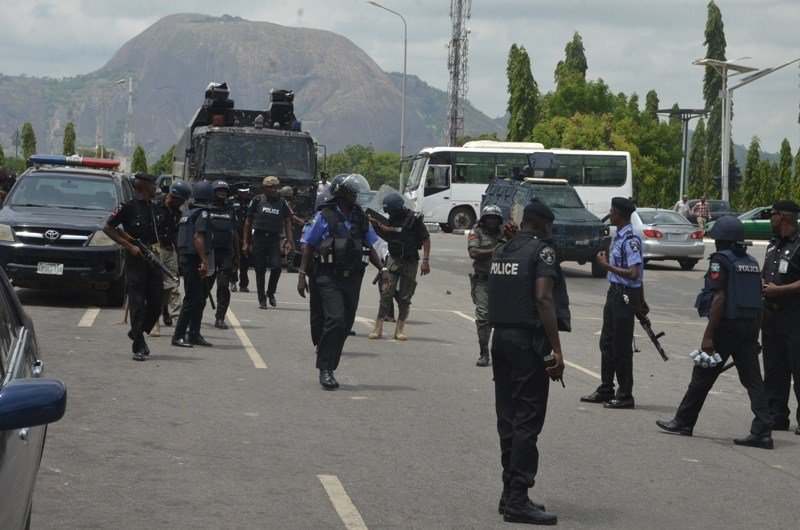 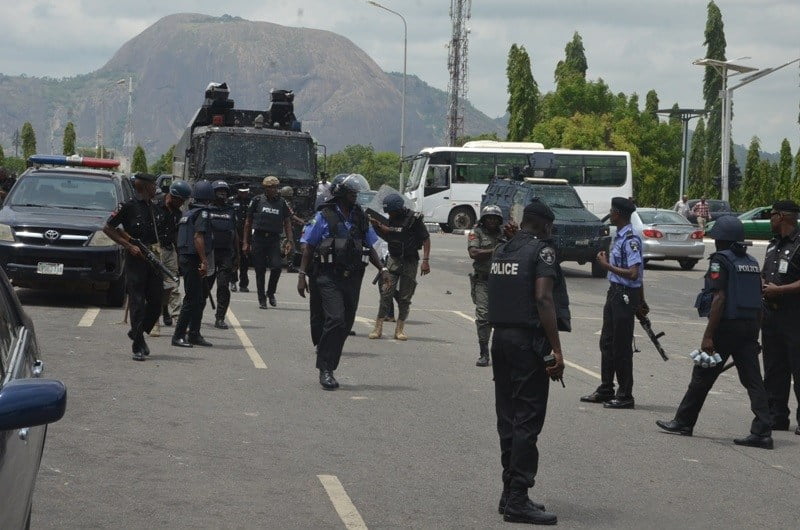 Youths in the local government were said to have brutally beaten four police officers who were sent to the area from Abuja by the Inspector General of Police to arrest a suspected criminal a fortnight ago.

It was gathered that innocent residents, traditional rulers and youths have deserted their villages while the famous Okuku junction, a commercial nerve centre of the community, have been deserted with businesses and economic activities grounded.

On 17th April, 2019, four police officers, said to have been deployed from the force headquarters, Abuja, were in Okuku to arrest one Ikenga Amama who was alleged to have purchased a stolen car in which the rightful owner was killed, and the car snatched.

An eyewitness, who pleaded for anonymity, said on Sunday that a serious manhunt is coming in the wake of a recent alleged threat by the IGP to deal with the community if the suspects who beat the four police officers to stupor are not produced forthwith.

The police, on arrival in Okuku, Yala where the car was tracked, Ikenga, the “car dealer” who was the prime suspect, was said to have fallen victim of kidnappers few months earlier. He was said to have been apprehensive when the police officers accosted and invited him to enter their car.

The suspect raised alarm alleging that the visitors were kidnapers who had come for him again. This development, our source hinted, provoked a large turnout of angry youths who swooped on the police men who were not in uniforms and dealt with them mercilessly. At the end of the assault, the officers were beaten to stupor, sustaining varying degrees of injuries.

The chairman of security council in Yala, Mr. Eddy Achi said in Okuku that although the suspects have since ran into hiding, his team in collaboration with traditional rulers are working in harmony to trace their whereabout.

He restated the Security Council’s commitment to do everything possible within their powers to fish out the suspects from their hideouts as the only way to save the face of the community.

“The security council in Yala local government area of Cross River State, traditional rulers as well as well meaning sons of Yala, particularly Okuku community are intensifying efforts to track perpetrators of brutality against four police officers who were in the area from the force headquarters, Abuja for an official engagement a fortnight ago.

“It is wrong for any citizen to take the laws into their hands so we owe a duty to search everywhere to bring them to face the wrath of the law in order to serve as deterrent to others,” Achi stated.

He stressed that rather than allow innocent residents suffer for what they knew nothing about, the suspects will be made to reap from where they have sown, because information reaching the community had it that mass arrest would be carried out in a bid to get at the real suspects:

Achi appealed to the police authorities to give them some time to carry out their search for the suspects rather than the alleged planned mass arrest which has grounded economic activities in Okuku town as residents are apprehensive of the information since news of the IG’s threat filter into the community.

The Clan Head of Okuku Kingdom, Ogamode Odaji Ipuole, who condemned the assault on the police officers in strong terms, said that the chiefs, elders and community leader were on red alert in search for the suspects and were ready to hand them to the police area command as soon as they track any of them.

He said they were also contacting families of the suspects to produce their wards/children involved in the unfortunate incident before it degenerates as innocent residents of his kingdom are restless and apprehensive over the rumor of mass arrest in the course of police investigation.

On his part, the Divisional Police Officer (DPO) in Yala, CSP Stephen Olatise said that full investigation is on to get to the root of the matter, while the search for the suspects continues.

He, however, debunked the rumor that the police was planning mass arrest of innocent residents, saying there is no point thinking of arresting innocent persons when they already have names of the principal suspects.

The DPO urged residents and the business class to go about their normal businesses.