Ontario to reopen provincial parks for limited use, as COVID-19 cases near 20,000 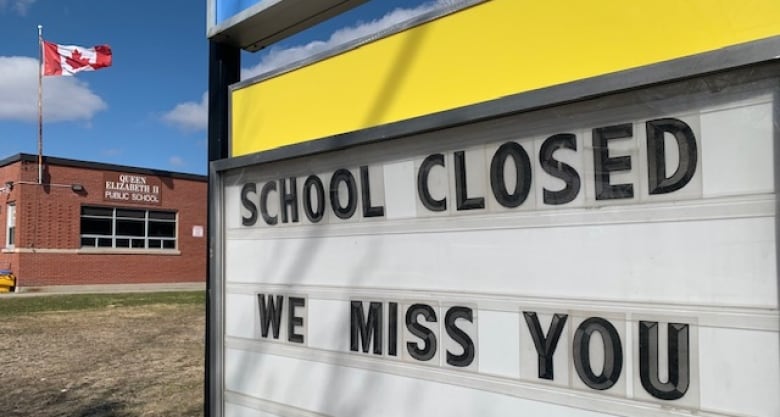 Premier Doug Ford says provincial parks and conservation reserves will reopen for limited day use starting Monday, as cases of COVID-19 in Ontario near 20,000.

Recreational activities will be limited to walking, hiking, biking and bird-watching, Ford said at a daily news briefing on Saturday.

Camping is not permitted and all facilities, playgrounds and beaches will remain closed. People are urged to practice physical distancing and stay two metres apart.

“We’re trusting people to be responsible and take this seriously so they can enjoy themselves while staying safe and healthy,” Ford told reporters.

All buildings and washrooms, water taps, back country campsites and roofed accommodations will be closed. No group activities will be allowed.

Visitors will be able to access all parks and conservation reserves for free until the end of the month.

Ontario Environment Minister Jeff Yurek is urging people to visit the parks that are closest to their homes instead of spending hours on the highway travelling.

Over the next several weeks, staff from Ontario Parks will be doing maintenance of the green spaces to ensure recreational facilities will be ready when it is safe to reopen.

Meanwhile, the government has approved an emergency order allowing school board employees to be voluntarily redeployed to hospitals, long-term care homes, retirement homes and women’s shelters during the COVID-19 pandemic.

The government says many congregate care settings need staff such as custodial and maintenance workers.

“I am encouraging any available educational workers to help out if you can, because you can make a real difference in the lives of those most in need,” Premier Doug Ford said in a statement on Saturday.

Staff would continue their employment with the school board, including their compensation and benefits. They would also be eligible for the provincial government’s pandemic pay and emergency child care.

In a statement issued on Saturday, ETFO said it has worked to ensure that educators who opt to participate “will receive the necessary training, orientation, safety and personal protective equipment before beginning the first shifts and will be paid while doing so.”

“Health and safety for all is a primary concern,” the statement reads.

Other Ontario unions, including the Ontario Secondary School Teachers’ Federation (OSSTF) and the Canadian Union of Public Employees (CUPE), said they are also support the new decision.

OSSTF president Harvey Bischof said the union has been working with the government for the past two weeks to ensure the order would not be mandatory for employees and that other “risk mitigation” measures would be put into place to protect workers.

“Any member who chooses to take this on needs to do so with the knowledge that there’s some potential risk,” Bischof told CBC Toronto on Saturday.

The government also announced it will help cover operating costs for child care centres and waive licensing fees during the closures, in an effort to keep them afloat. Child-care providers are currently banned from charging parents if they are shut down.

“We want childcare spaces to exist,” Education Minister Stephen Lecce said on Saturday. “It is so consequential to getting parents and families back in the labour market.”

Lecce said the funding will be on a case-by-case basis, but a specific amount of money has not been earmarked for the initiative.

Ford said Saturday that Lecce is also expected to announce next week whether or not the school year will be cancelled.

In a tweet on Saturday evening, Fullerton wrote that she learned of “disturbing news” out of Orchard Villa Retirement Residence.

I’m learning of disturbing news out of Pickering’s Orchard Villa LTC home. There is a possibility of a significant privacy breach regarding individual resident personal health info. My heart goes out to the residents and families, during what is already a very difficult time. 1/3

“There is a possibility of a significant privacy breach regarding individual resident personal health info,” she wrote in the tweet.

“My heart goes out to the residents and families, during what is already a very difficult time.”

“Our government takes personal privacy very seriously, and we are continuing to monitor this situation closely,” she wrote.

Saturday’s daily numbers come after an uptick on Friday of 477 new cases. However, daily case counts have been in the 300s three other times in the past week.

The rate of growth in cases on Saturday compared to Friday was just 1.8 per cent — the lowest it has been since March.

Ontario reported a total of 19,944 COVID-19 cases on Saturday, with 72 per cent of people recovered.

Meanwhile, the number of patients requiring a ventilator dropped slightly to 158 from 166 reported on Friday.

Some 1,016 patients are hospitalized with the virus, while 203 are in intensive care.

The province reported three more outbreaks at long-term care homes, for a total of 237.

On Friday, the province’s top doctor said community spread is responsible for about 55 per cent of the province’s new cases. Dr. David Williams called it “perplexing.”

York Region Public Health says a 57-year-old man has died and 23 other people tested positive at a dairy facility in Vaughan, Ont.

The cases were at Saputo Dairy Products Canada. The facility does not produce food at this location, according to York Region Public Health.

Public health says it was notified on April 29, conducted a facility inspection the next day, and that “all COVID-19 prevention precautions are in place.”

In an emailed statement to CBC Toronto, Saputo said is has “proactively put strict precautionary measures in place at our facilities and are following the advice of governmental health authorities to safeguard the health of all our employees.”

Meanwhile, hardware and safety supply stores can open again in Ontario today, as the province slowly reopens some businesses during the COVID-19 pandemic.

Garden centres and nurseries were permitted to open Friday. Retail stores with a street entrance can start offering curbside pickup on Monday.

Share
Facebook
Twitter
WhatsApp
Pinterest
Linkedin
ReddIt
Email
Print
Tumblr
Telegram
Mix
VK
Digg
LINE
Viber
Naver
Previous articleAsymptomatic testing centre set up in Alberta city as 7% of the population tests positive for COVID-19
Next articleWho was called to help and who was not: The police resources behind the Nova Scotia shooting