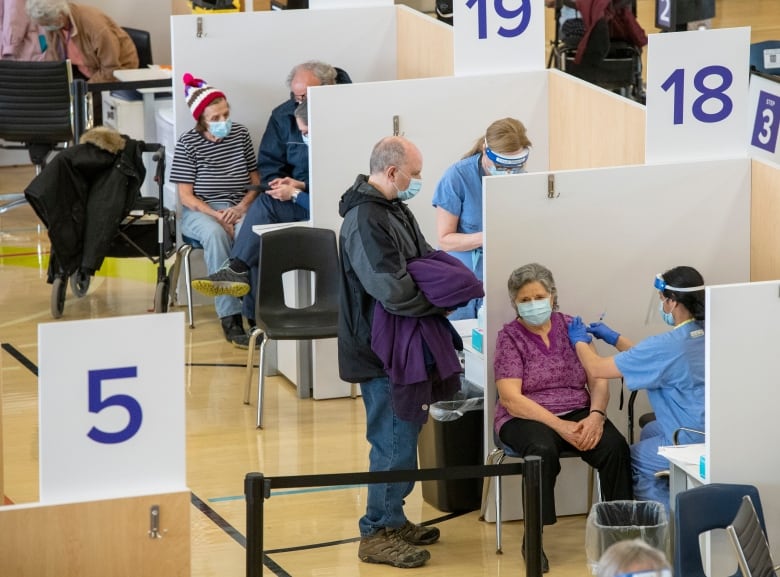 Ontario Premier Doug Ford is scheduled to hold a news conference at 2 p.m. ET. You’ll be able to watch it live in this story.

The move comes in the wake of criticism that restrictions announced last week — what the government called “emergency brake” measures — are insufficient to slow the spread of Ontario’s third wave of COVID-19.

Sources familiar with cabinet’s decision said the stay-at-home order would take effect at 12:01 a.m. ET Thursday and last up to four weeks. CBC News is not naming the sources because they were not authorized to speak publicly about the announcement.

The sources said only grocery stores and pharmacies would be permitted to stay open for customers to shop indoors. They said big box retail stores would be restricted to selling only grocery and pharmacy items for in-person shopping.

Garden centres would also be permitted to stay open, according to the sources.

There is no indication that a provincewide closure of schools is part of the government’s plan. In the stay-at-home order that was in place in Ontario in February, schools were explicitly excluded.

“I think we made massive moves last week by basically shutting down the entire province,” Ford said during a news conference Tuesday afternoon.

“That was huge, shutting down thousands and thousands of businesses, that I hate doing, but we’re going to have further restrictions moving forward, very, very quickly.”

Pressure has grown in recent days on the Ford government to tighten measures.

The medical officers of health from three of Ontario’s biggest public health units — Toronto, Peel Region and Ottawa — urged the province on Monday to impose a stay-at-home order, travel restrictions between regions and an emergency mandate for paid sick days.

While Toronto takes action by closing schools, doctors continue to push for increased COVID-19 restrictions. But the Ontario government held off for at least another day, instead making adjustments to its vaccine rollout. 4:24

The top public health doctors in Toronto and Peel Region also ordered the closure of schools, sending nearly 600,000 students to online-only classes just days ahead of a rescheduled week-long spring break. Students in the Wellington-Dufferin-Guelph health unit are similarly shifting to online learning for the time being.

Associations representing physicians and nurses issued statements saying more needed to be done to prevent further deaths and to ensure the health-care system is not overwhelmed.

Ontario has reported on average more than 2,800 new cases of COVID-19 daily over the past week. There are 510 people with COVID-19 being treated in ICUs, which is the highest at any point in the pandemic. The previous peak was 420 patients, in mid-January during the second wave.