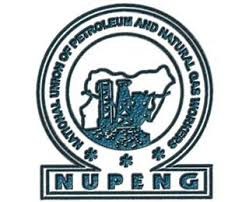 The petroleum downstream sector seems set for another crisis, with key unions threatening to go on strike.

The unions said:”Our members working with oil companies have not been paid salaries for up to nine months by marketers due to inability of the government to redeem its commitment to pay in spite of the intervention of the Vice-President, Prof. Yemi Osinbajo,   and the directive  given to the Minister of Finance to effect payment on or before the end of  July 2017.”

The notice of the indefinite strike has been received by the marketers, who are the employers of the unions’ members.

A joint communiqué by the marketers after their joint National Executive Council (NEC) meeting held on Tuesday, signed by legal adviser Patrick Etim, said in the last six months, the unions “have been inundated by officials of our various Labour units operating in Tank Farms and Depots  across the country that most petroleum product importers and marketing companies are owing their members backlog of salaries now up to  nine months”.

NUPENG and PENGASAN claimed that the children of their members had been sent away from school because their parents were unable to pay their fees.

The communique reads: “The most disturbing aspect of this is that many members are now redundant as their employers are not able to operate their bank account for their operations with a potential massive job losses of our members in the oil and gas sector and other workers in the banking sector due to the growing size of this non-performing loans extended to oil marketers  with a catastrophic banking system collapse looming in the country.

“This will definitely puncture any growth gains made in the economy so far, considering that the sector will completely fail in its critical role of  driving economic progress, resulting in huge job losses directly and indirectly.

“It is factual that currently many of  the oil marketing companies are  owing  backlog of salaries up to nine months in arrears while  some marketers have started retrenchment of workers as a result.”

Etim said the leadership of the unions said most of the marketers were planning another round of massive retrenchment of PENGASSAN AND NUPENG members.

The marketers said: “The businesses of these marketers are gradually grinding to a halt due to the debts owed them by the Federal Government and the classification of their operating accounts by the banks crippling the ability of the marketers to trade since the first quarter of the year.

“Most banks are planning to take over our tank farms and business empires due to inability to pay back money borrowed to import products that were still pending unpaid by government.

“There is a need for President Muhammadu Buhari’s government to keep improving governance, especially by correcting wrongs of previous governments and making government responsible to its contracts and responsibilities.

“For the banks, their action is to see how they can avert another round of banking system failure that could be triggered by this huge outstanding non-performing debts owed the banks by oil marketers who cannot pay because the government is yet to pay them outstanding indebtedness.

“The Federal Government in June 2017 concluded reconciliations with the marketers and PPPRA and made a commitment to pay before the end of July 2017. This was following the intervention of the Vice President (who was Acting President at that time).

“The reconciliation team was led by the Chief of Staff to the President and the Honorable Minister of Finance Minister.

“Further to the reconciliation, it was gathered that the Federal Executive Council had approved the payment. However, the payment framework was said to have een sent to the National Assembly for approval and up till now there has been no feedback.

“We gathered from reliable sources that the National Assembly claimed that they are yet to receive any of such requests from the Finance Minister.’’

The marketers said that the first source of the N800 billion debt was the non-payment of the balance of over N300 billion under-recoveries under the importation template owed the marketers since 2015 and was provided for in the 2015 supplementary budget as well as the 2016 budgets.

The marketers said they learnt that only about 20 per cent of the amount provided for in the budget was actually paid in August 2016 with a promise to pay the balance within three months.

They said the second source of the debt arose because of the failure of the government and the Central Bank of Nigeria (CBN) to provide foreign exchange to banks that financed the importation of premium motor spirit (PMS) in 2015.

The default, said the communique, led many foreign banks to withdraw their dollar confirmation lines to the Nigerian banks.

“ A practice which represents a major disclaimer on the credibility of LC’s from Nigeria, the only place where this is obtainable.

“It was further revealed that following this development, the Central Bank then did the so-called intervention by providing dollars to local banks for the payment of past due letters of credit to their foreign creditor banks.

“For reasons best known to the Central Bank and the government , they provided the dollars for these letters of credit at rates between N285/$ to N320/$ as against the N168 $ to N198/$ that was the government approved template for the LC’s.

“This resulted in an additional N500 billion in debt. This debit balance the banks quickly passed into the account of the marketers instead of asking the Central Bank to take responsibility.

“From investigation, the previously unpaid N300 billion and this outstanding debt of arising from the above  stated circumstances have added up  to N800 billion and is rising by the day as the banks are charging interest at 29 per cent per annum into the account of the marketers.

“The effect of this is that every day total interest payable is over N635million, translating to over N19 billion in monthly interest or over N232 billion annually.

“According to the contract between the PPPRA and the marketers, the government will pay all interest and exchange rate differential.

“From our investigation, the increasing debt is a creation of the agencies of government and it will continue to grow like a monster eating up the stability of our financial system if it is not resolved immediately otherwise it will lead to the total collapse of the financial services sector.”