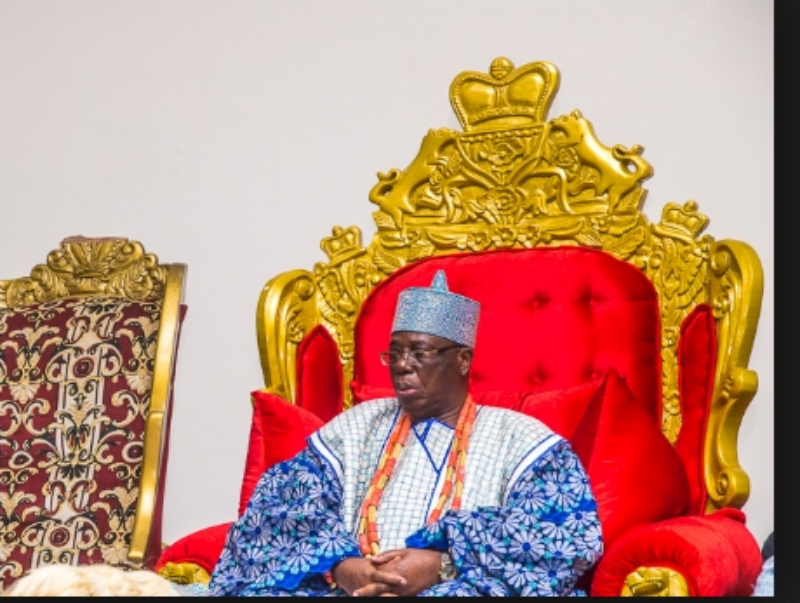 Worried by the poor state of roads in Ekiti State, the Ewi of Ado Ekiti, Oba Adeyemo Adejugbe Aladesanmi III, recently paid visits to the major stakeholders in Abuja.

While at the office of the Minister of Works and Housing, Mr. Raji Fasola with prominent Ekiti sons, the Royal Father called on the Federal Government to save Ekiti State from being cut off from the rest of the country as a result of bad roads.

According to the traditional ruler, virtually all the access roads to Ekiti State are in bad shape which portends danger to travelers. Adding that inter roads within the state capital, Ado Ekiti also calls for attention.

At the office of the Federal Roads Maintenance Agency, FERMA, Oba Adejugbe pleaded with the Managing Director of the Agency, Alhaji Abdulrahman Rafindad, to assist the state by alleviating the sufferings of the people who are experiencing untold hardship while plying the roads.

Responding to Ewi’s plea, Fasola and Rafindadi promised to expedite action to ensure that the roads are motorable as contractors will soon move to the site.

On the entourage of the monarch were, a member of the Ewi in Council, Chief Olanrewaju Isola; the Chairman, House Committee on FERMA, Hon. Femi Bamisile; a member of the House of Representatives, Hon. Sola Fatoba; and Justice Sunday Aladetoyinbo.