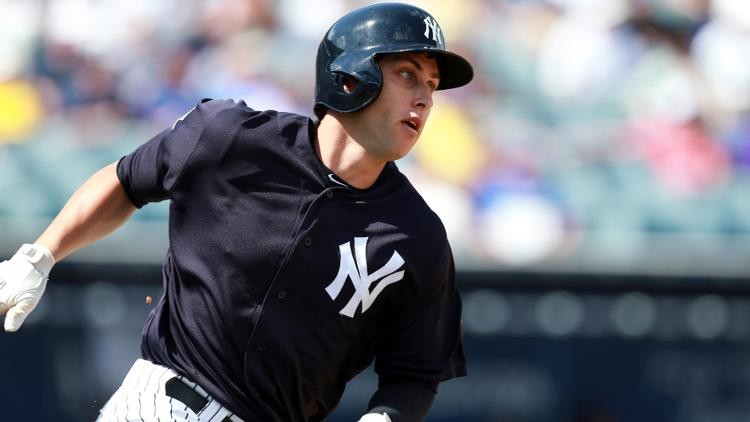 After weeks of speculation, and days spent on the edge of our seats, the Oakland A’s have finally traded Sonny Gray. The star pitcher is headed to the Yankees, reports Jack Curry of YES Network. New York sends back three prospects: IF/OF Jorge Mateo, OF Dustin Fowler, and RHP James Kaprielian, via Jeff Passan of Yahoo Sports. The A’s also send some international bonus pool money.

One oddity about this prospect package is that two of the three players are currently out for the season with injuries. Fowler suffered a season-ending knee injury in his MLB debut in June, and Kaprielian had Tommy John surgery in April. In exchange for those flaws, though, the A’s received more top talent than they otherwise might have.

Even with his injury, Fowler is listed No. 77 on the MLB Pipeline’s prospect list. Mateo isn’t on the current list but was at the beginning of the season. Kaprielian was a 1st-round pick (No. 16 overall) just two summers ago, in 2015.

Some scouting reports from MLB Pipeline:

In short: Is he the new CF we’ve been hoping for?

The biggest over-slot signing by the Yankees in the 2013 Draft, Fowler got $278,000 in the 18th round to pass up his commitment to Georgia Southern. He has made steady progress, getting stronger and polishing his all-around tools to blossom into a potential five-tool player. A strong start in Triple-A this season earned him his first big league call-up in late June, but he ruptured the patellar tendon in his right knee when he ran into an outfield wall in his first game with the Yankees and was lost for the year.

Fowler makes repeated hard contact with a short, quick left-handed stroke. His bat speed, strength and plus speed give him 20-20 upside, though he’s still learning to be an efficient basestealer. To reach his offensive ceiling, he’ll need to get more selective at the plate because he walks infrequently and puts too many early-count pitches in play rather than waiting for one to drive.

Fowler has made tremendous defensive improvement since turning pro. He has worked diligently with outfield instructor Reggie Willits to refine his reads and routes, going from spending the majority of his time on the corners in his first two season to being a quality center fielder. He also has bolstered his arm strength to at least average.

Mateo began 2016 as the Yankees’ top-rated prospect, but he wasn’t even the best shortstop prospect in the system by the end of the year. After arriving from the Cubs via the Aroldis Chapman trade, Gleyber Torres not only supplanted him but also pushed him to second base at Class A Advanced Tampa. Though Mateo endured a rocky season that included a two-week suspension for insubordination that cost him a trip to the SiriusXM All-Star Futures Game, he’s still an immensely talented young player with a high ceiling.

One of the fastest runners in baseball, Mateo has top-of-the-scale speed and led the Minors with 82 steals in 2015 before dipping to 36 last season. He can get from the right side of the plate to first base in less than 4.0 seconds and wreak havoc once he gets on base. His quickness also should boost his on-base ability, though he’ll need to tighten his plate discipline to become a quality leadoff man.

While his speed gets the most attention, Mateo has a nice array of tools. His deceptive strength gives him solid raw power and he has an offensive ceiling of a .275 hitter with 15 homers per season. Few players can match his combination of quickness and arm strength, though he has been erratic at shortstop and is more likely to wind up at second base or in center field.

In short: Better than your average lotto ticket.

A reliever on UCLA’s 2013 College World Series championship club and the Bruins’ top starter the next two years, Kaprielian was acclaimed as arguably the most polished arm available in the 2015 Draft. The Yankees took him 16th overall, making him the highest-drafted college pitcher in franchise history, and signed him for $2.65 million. His velocity almost immediately spiked upward, though he made just three regular-season starts in 2016 because of a strained flexor muscle in his forearm. He didn’t make any in 2017 before having Tommy John surgery in mid-April.

After working at 88-92 mph in college with a fastball that stood out more for its sink and command than it did for velocity, Kaprielian has sat at 93-96 mph and touched 99 in pro ball. There’s no consensus as to which of his secondary offerings is the best, because his curveball, slider and changeup all grade as plus pitches when they’re on. His slider might have been his worst pitch coming out of college but he ran it up to 90 mph when he returned to the mound in the Arizona Fall League.

Kaprielian controls and commands his pitches very well, doing a good job of delivering all of them from the same arm slot. Considered more of a pitchability right-hander with a ceiling of a No. 3 starter when the Yankees drafted him, he has shown frontline stuff on the rare occasions he has been healthy. He shoudn’t require much Minor League seasoning but will have to prove he can stay on the mound.