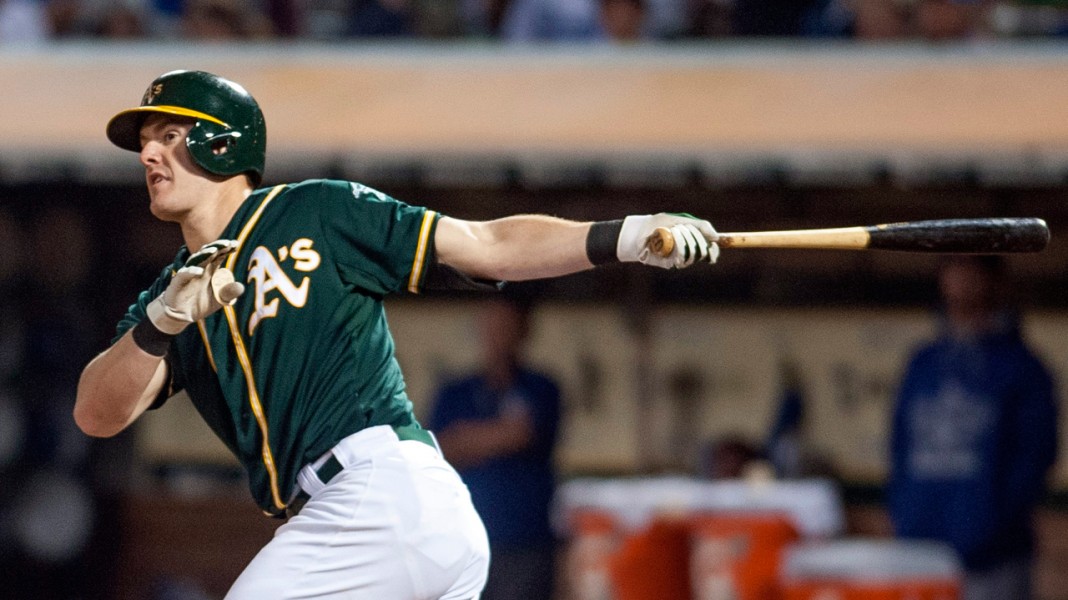 For the second straight summer, the Oakland A’s held three of the top 50 picks in the MLB Draft. Last year they used the opportunity to load up on high-quality college pitching, but in 2017 they shored up on another area of organizational need — outfielders. Their top three picks:

Merrell is currently a shortstop, but he’s a candidate to move to CF during his pro career. Beck comes out of high school in North Carolina, while the others are college players (USF and LSU, respectively).

Here’s a quick word on each, but you can click the info links above to read our full posts. There is also a quote for each player from A’s Scouting Director Eric Kubota, via Melissa Lockard of Oakland Clubhouse. (Scouting grades are from MLB Pipeline.)

Beck is the sixth overall pick in the entire draft, so as you’d expect he’s the jewel of this group. He brings an all-around game, with strong tools across the board and no major weaknesses yet. He’s got a powerful bat that’s ready to be tested against tougher competition, good speed and athleticism, a strong arm, and at least a chance to stick in CF.

Drafting a high schooler brings an extra air of risk, but with a top-10 pick the goal has to be maximizing upside rather than trying to be too safe. The A’s successfully did that with Beck, who has star potential that simply can’t be had lower down the amateur ranks. This was an excellent use of the No. 6 overall selection.

Merrell’s calling card is his speed, which is top-notch. That tool is the basis for the rest of his game, which includes line drive contact, plate discipline, OBP, and rangey defense. He played the middle infield in college, but scouting reports suggest he could end up in CF.

“He’s got unique athletic ability,” Kubota said. “His speed tool is probably equal to anybody in this draft and he’s played shortstop and other infield positions and we think that the athletic ability may lend itself to being able to play in the outfield, as well.”

Deichmann’s power is impressive, as evidenced by a 486-foot moonshot he blasted this season. There are weaknesses in his game, but between his power and his throwing arm he profiles well in RF.

“We think he has the athletic ability to play the corner of the outfield,” Kubota said. “His throwing arm is average to plus.”

I’m happy with Beck, and that’s the most important part of Day 1 of the draft. The A’s nailed their top-10 overall pick for the second straight year.

Beyond that? It’s tough to say yet. Merrell and Deichmann didn’t immediately jump off the page to me like Jefferies and Shore did last year, but at the same time they each have a major strength that makes it easy to envision a path to big league success. And between a high schooler, a college speedster, and a college slugger, they certainly got some variety in their talent while addressing their most glaring organizational weakness.

The A’s will draft eight more players on Tuesday, from Rounds 3-10. Stay tuned!