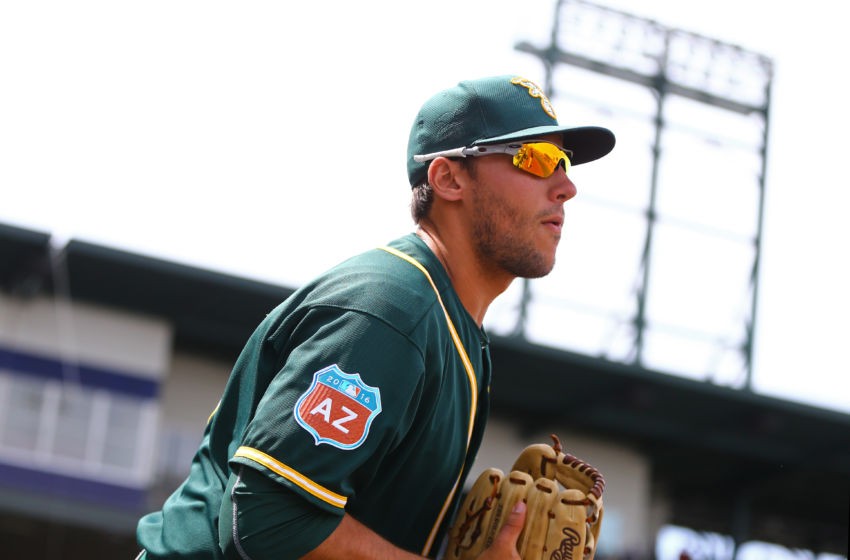 The Oakland A’s activated third baseman Matt Chapman from the 10-day disabled list on Monday, the team announced. To make room on the 25-man roster, 1B/OF Matt Olson was optioned back to Triple-A Nashville.

Chapman, one of Oakland’s top prospects, made his MLB debut on June 15. However, he only played four games in the bigs before being felled by a knee infection (left knee cellulitis). That malady cost him a couple of weeks, but now he’s back and ready to get his rookie season going. Here’s more on Chapman (from his initial callup in June).

Meanwhile, Olson finally had a positive stint in MLB after a few quiet cups of coffee. In 10 games since his most recent recall, he went 9-for-40 with a 138 wRC+, 4 HR, 6 BB, 16 Ks. Along the way he notched his first multi-homer game, helped the A’s make some history, and heroically broke up Mike Foltynewicz’s no-hit bid in the 9th inning (with a dinger, no less), all while usually batting second in the lineup. He still strikes out too much and hits for a low average, but he showed what it looks like to be productive despite those weaknesses.