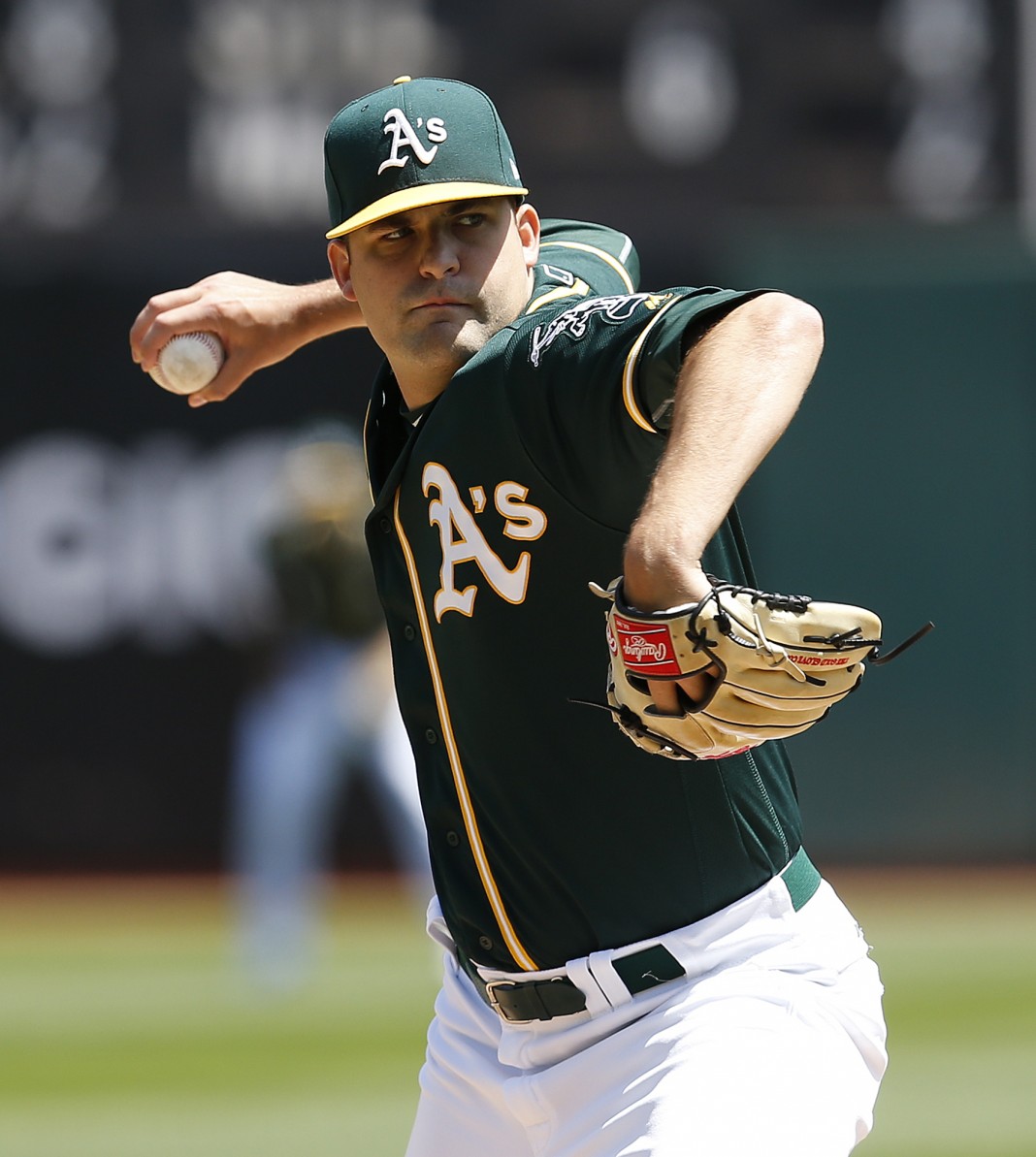 Semien played only 11 games this year before hitting the DL to have surgery on his right wrist. He’s missed more than two months, and in the meantime his place at shortstop has been filled by a committee including veteran backup Adam Rosales and rookies Chad Pinder and Franklin Barreto. Before going on the shelf, the early story of Semien’s season was his improved walk rate.

Meanwhile, Cotton finally heads to the DL due to the blister on his thumb that has bothered him in recent weeks. He left a start early on June 23, missed a turn in the rotation, and returned to make one more shaky outing on July 3. The current remaining rotation features Sonny Gray, Sean Manaea, Daniel Gossett, and Paul Blackburn.

As for Triggs, he’s still weighing the possibility of surgery (which would be season-ending) to address his hip problem, says Susan Slusser of the S.F. Chonicle. He’s been on the DL since June 10, so his move to the 60-day means he can’t return before mid-August no matter how his recovery goes.

These moves leave the A’s with a 4-man bench for the moment, but until further notice we have to assume that’s a temporary arrangement until a fifth starting pitcher is needed to take Cotton’s next turn on Saturday. Oakland has rolled with the 8-man bullpen all year, and there’s no end in sight. With Semien back in the fold to start at SS, the smart bet would be that Barreto would head back to Triple-A to continue getting regular at-bats, but nothing is set in stone yet.

This is the 20th time the A’s have used the DL this year, and the 15th since Opening Day. Here’s the updated roster: