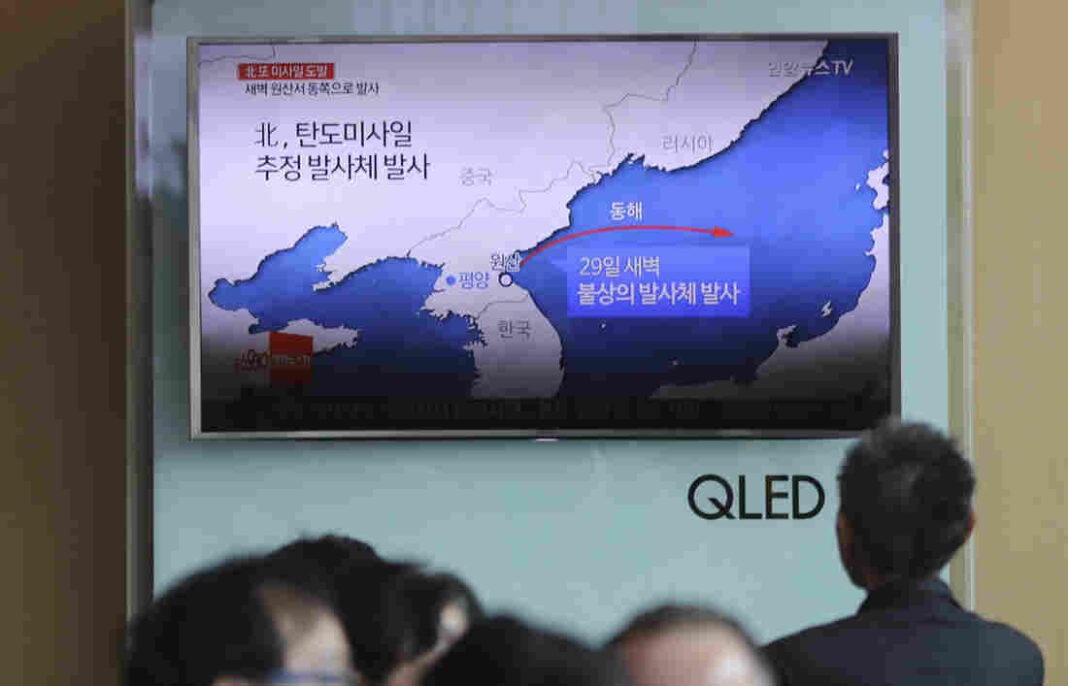 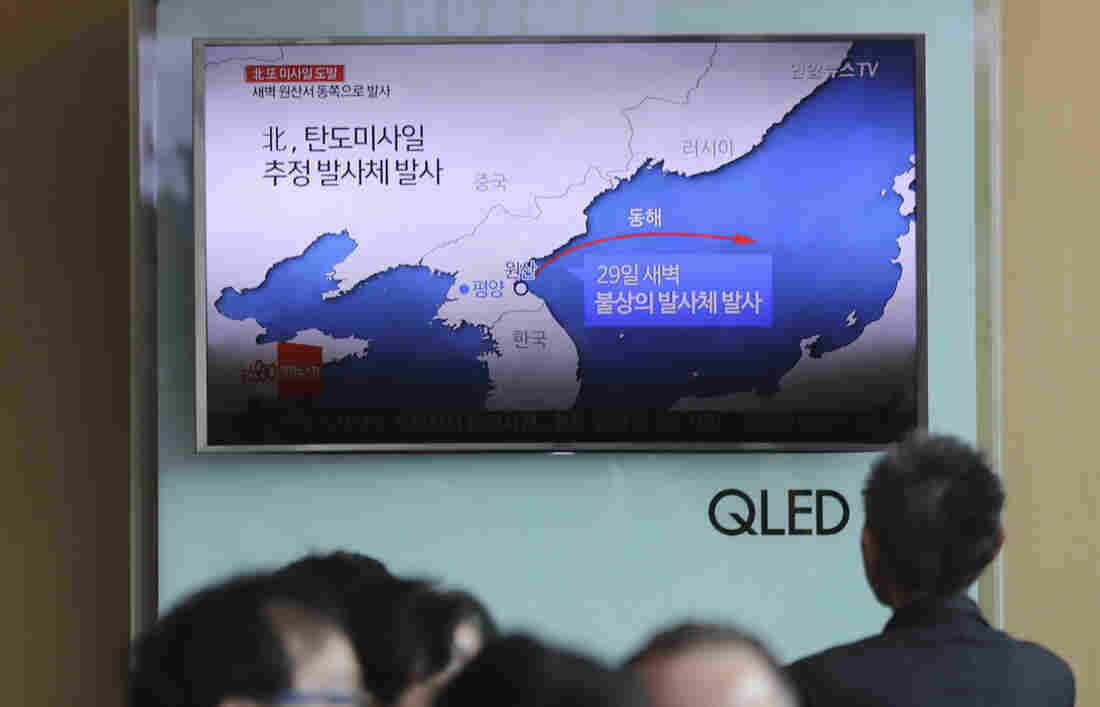 The news of North Korea’s missile firing is broadcast at Seoul Train Station in South Korea on Monday.

North Korea fired a short-range ballistic missile off its east coast on Monday into the Sea Of Japan, South Korean and Japanese officials say, its ninth launch this year.

The South’s Joint Chiefs of Staff described it as a Scud-type missile which flew for some 280 miles, NPR’s Jihye Lee tells our Newscast unit, from Seoul.

“The military is saying that the launch took place from Wonsan, home to a test site of intermediate-range missiles,” Lee reports.

“[The missile] landed in Japan’s exclusive maritime economic zone, which is set about 200 nautical miles off the Japanese coast, Japanese Chief Cabinet Secretary Yoshihide Suga said. He said there was no report of damage to planes or vessels in the area.”

It’s the latest in a string of test-launches, as the North aims to build a long-range ballistic missile capable of carrying a nuclear warhead possibly as far as U.S. soil, experts say. North Korea’s last missile launch took place eight days ago.

Upon his return from the G-7 summit in Italy, Japanese Prime Minister Shinzo Abe told reporters that “North Korea’s provocation by ignoring repeated warnings from the international society is absolutely unacceptable,” The AP reports.