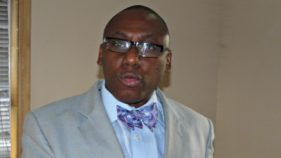 The National Orientation Agency (NOA) has tasked governments at all levels to strengthen the campaign against drug abuse, which it said, has recently painted Nigeria in a negative light before the international community.

Acting State Director of the agency, Mrs. Grace Eseka stated this at a forum it organised on security sensitisation and orientation campaign against political thuggery, kidnapping and drug addiction.

She also appealed to the political class to stop using youths for their elections and thereafter abandon them. “Rather, the political parties should work in concert with the Independent National Electoral Commission (INEC) to develop an institutional framework, whereby their youth brigades would be absorbed for training and retraining to enable them assume leadership positions at various levels of their parties.

Eseka canvassed that they should be trained to have a stake in the core values of their parties. “Do this to positively engage the youths after elections, and we will have a crime-free environment for deepening democracy in the country,” she said.

Meanwhile, the Edo State Directorate of NOA has commenced a community-based campaign on “change begins with me”.A statement by the Chief Orientation and Mobilisation Officer, Mrs. Angela Odile in a statement, said the rationale behind the programme, followed the continuous attack and vandalism of critical infrastructure located in rural communities and the need to halt them.

She said the programme would help to mobilise citizens so that they could take ownership for the protection of public structure and “to elicit behavioural change that is necessary for sustainable action against vandalism.”