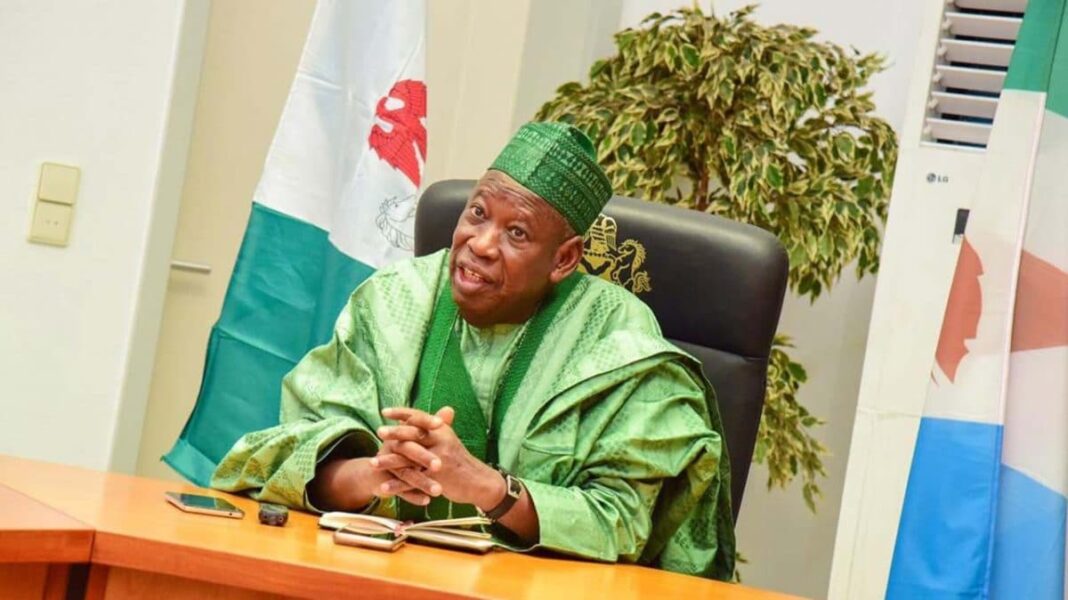 Kano State Governor, Dr. Abdullahi Umar Ganduje, has cautioned politicians not to toy with security-related matters, saying that states’ negative reactions can undermine the efforts of the federal government in securing the nation.

He described the declaration of Zamfara as a ”no-fly zone” as a well-thought-out security strategy by the National Security Council that will help to overcome security challenges not only in Zamfara but other neighboring states.

Reacting to the declaration, the governor, who spoke to journalists at the Malam Aminu Kano International Airport, Kano, noted that politicians should at least wait and see how the strategy will work before making comments capable of undercutting the efforts of security services to keep the country safe.

Ganduje’s comments, which were contained in a statement issued by the state commissioner for Information, Malam Muhammad Garba, Saturday, further observed that the measure would aid in cutting suspected logistics supply and the nation’s evacuation’s natural resources, particularly gold.

“The issues of security should be beyond partisan considerations. I do not see anything political in declaring the no-fly zone in Zamfara State. It is purely based on security and intelligence reports that suspicious criminal activities are going on there.

The area has abundant natural resources, particularly gold, and there is this suspicion the helicopters that venture into the forest and mining areas are being used to transport food and other supplies to the bandits, including weaponry,” he said.

He said that what the country needed now were concerted efforts by stakeholders to combat the scourge of kidnappings, insurgency, and banditry.

Because of the prevailing security challenges, particularly in the North West and North East, the governor said there is the need for a synergy between the states and the federal government to prevent the situation from getting out of control.

He also said that state governments’ concerted approach and the co-operation of all security agencies, traditional rulers, community, and religious leaders are urgently needed to tackle and overcome security challenges in the country.