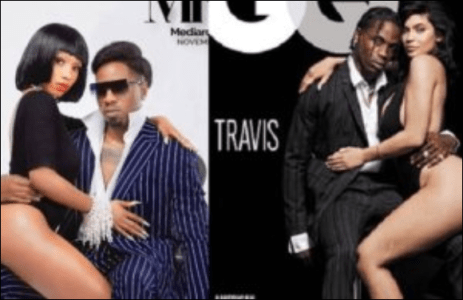 Big Brother Naija 2019 winner, Mercy Eke, and Ike are on

the receiving end of some serious criticism after a photo

from their recent photoshoot emerged on social media.

The BBNaija 2019 couple was lambasted after a photoshoot

they did for a magazine cover appears as a copy of Kylie and Travis pose.

In the photo, Mercy could be seen sitting on Ike’s

lapin clothing that had the full glare of her buttocks.

The shoot actually looks like a replica of the American reality TV star and her rapper boyfriend.

My Travis has suffered ????

? ? why wasn’t Ike allowed to go to the toilet first ? this is so funny no chemistry stall fake as af