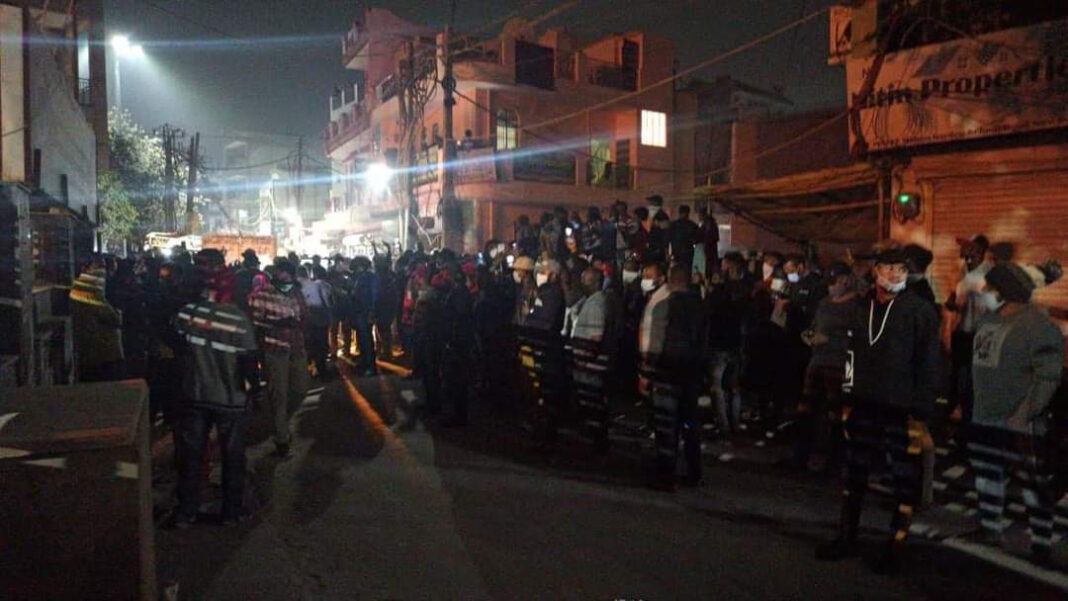 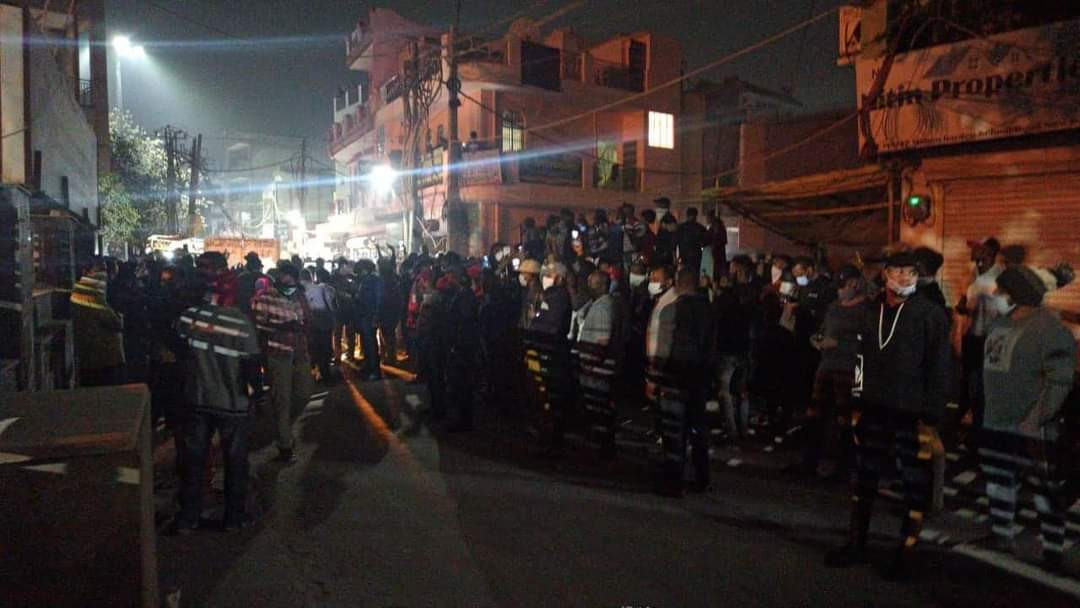 Nigerians nationals on Friday night, November 6, staged a protest outside a police station in Dwarka, New Delhi against racism, illegal detention and extortion of Nigerians and other African nationals by the police in the area.

The is coming following the arrest of a 28-year-old Nigerian man on Friday evening, for allegedly duping women online.

Police said the man used to befriend women online and then ask for money on various pretexts, like money for custom clearance for gifts sent to them from abroad. 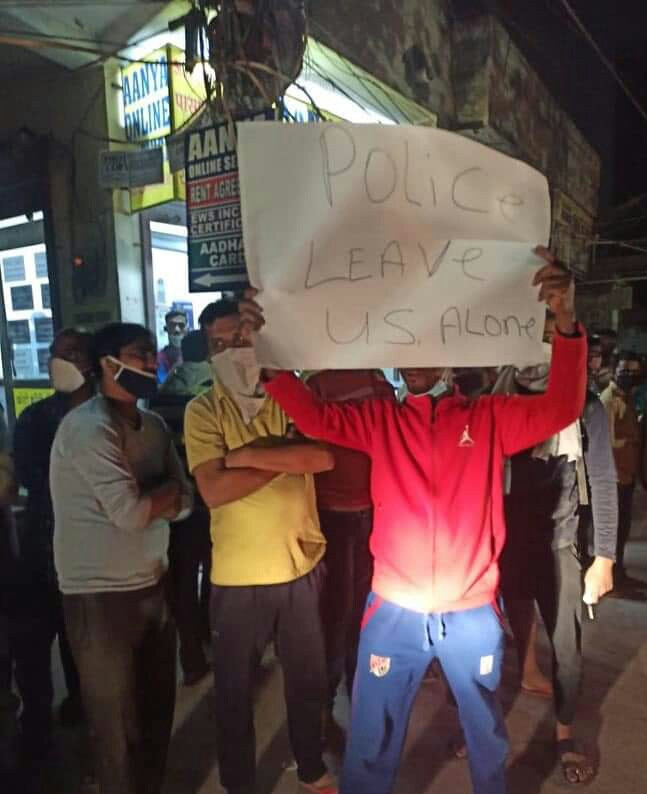 Goa Police had registered a case after a woman there was duped and shared the details with Delhi Police.

However, following the accused’s arrest, several Nigerian nationals staged a protest outside the Mohan Garden police station in Dwarka on Friday night.

Some of of the protesters carried placards with different inscriptions, saying “police leave us alone, we are showing Indians love in our country. We deserve same too” 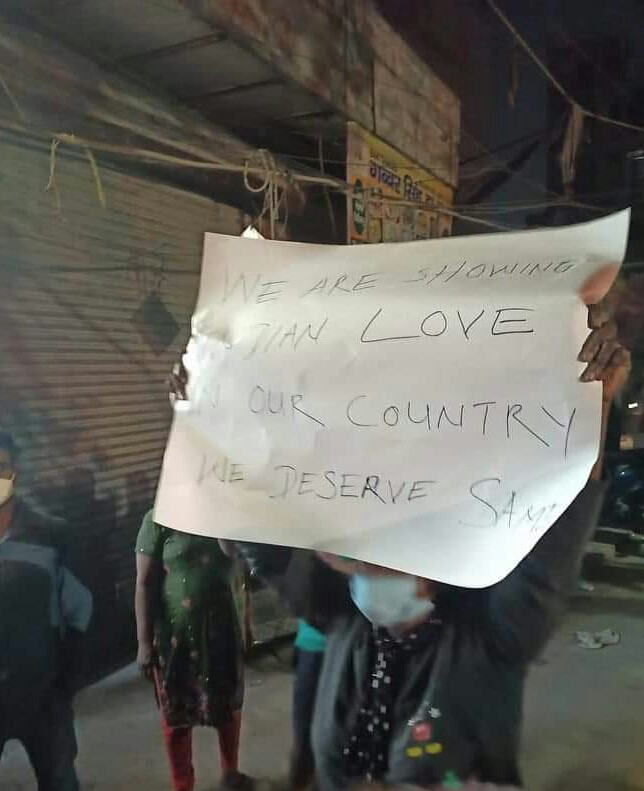 According to the protesters, they have been subjected to humiliation, torture, racism, illegal detention and extortion by the police in New Delhi in the last two years.

Over the last month, police have registered 27 cases under the Foreigners Act against Nigerians living without a valid visa or on fake documents in the city. The cops claimed that the foreigners were agitated over it and gathered for a protest.

Police said they received information about a Nigerian man, Onuorah Donatus Jideoffor, who was staying in the capital without valid papers. Jideoffor was asked for his passport and visa but he could not produce it and a case under Foreigners Act was registered.

“On analyzing his mobile phone, we discovered that Jideoffor posed as Dr. Steve online to dupe women. We contacted one of the victims, who is from Goa. Goa police officials were also contacted who revealed that a case of cheating was already registered,” Santosh Meena, DCP, Dwarka said.

According to the police, during interrogation, the accused said he befriended women online over Whatsapp and promised them gifts from London and even foreign currency. Later, the women would receive a call from a man claiming he worked with the Indian Customs authority and would ask for customs clearance for the gift.

The frauds would sometimes even repeat the transaction to get away with lakhs of rupees. Receipts of several online transactions were found on the accused’s mobile phone.

“The accused has been taken to Goa. Delhi Police has offered full assistance to Goa police to control the menace of cyber fraud,” added Meena.