Nigeria news : Why Osinbajo should fight back or resign – Arewa youths 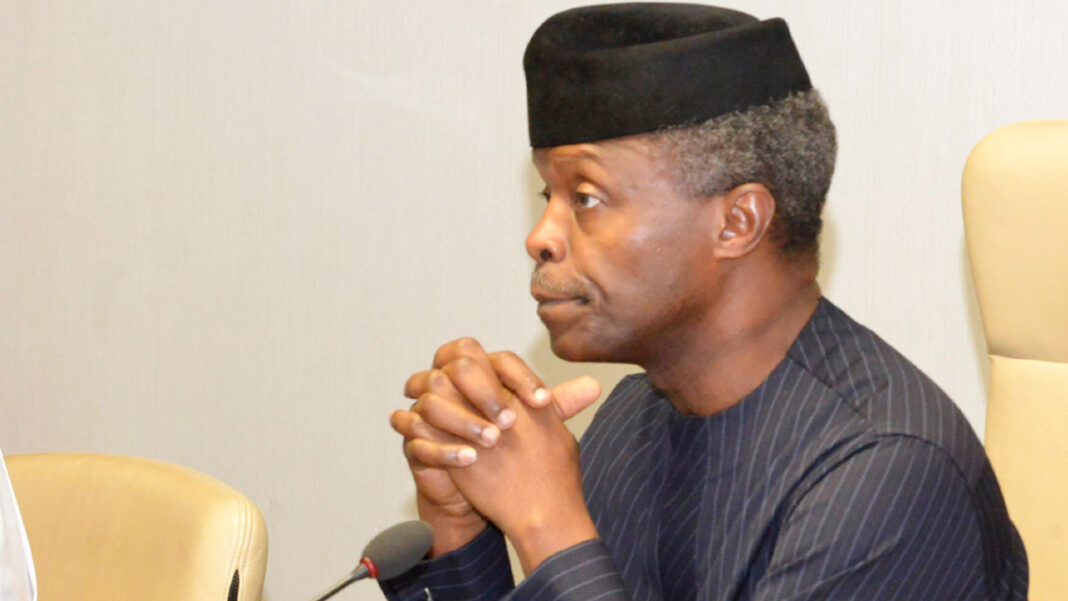 The Arewa Youth Consultative Forum, AYCF, has charged Vice President Yemi Osinbajo to fight back because he has been ridiculed in the Presidency.

Speaking exclusively with DAILY POST, AYCF President General, Yerima Shettima warned that Osinbajo risked being removed if he failed to fight back or resign as Vice President.

Shettima stated this in reaction to the sack of some aides attached to the Vice President.

Insisting that the current government has undermined Osinbajo, Shettima wondered why the Vice President has remained silent in the face of his travail in the Presidency.

According to Shettima: “We have discovered that certain people at the corridors of power are manipulating the system for their selfish interest, like it or not somebody somewhere wants to ensure that the Vice President was put off the system so that he can’t find his way to the presidency in 2023.

“One thing about this government is no matter how they pretend, something is wrong. The moment they said the President and his Vice were in good terms I knew something was wrong because there can’t be smoke without a fire. Instead of sacking aides of the Vice President why not look at the National Assembly, if really they want to reduce the cost of governance in Nigeria why not look for a way of placing so many aides there doing nothing on allowances or reduce the number rather than look at the office of the Vice President.

“Some of us know that the battle line has been drawn. Osinbajo is serious being undermined, this is a clear indication that he is a target and they would pull him down. I’m surprised that he has not come out boldly to seek the sympathy of Nigerians and speak his mind. He is sitting there quietly because he wants to prove to Nigerians that he is a man of God. The issue of politics is not the matter of God, its about issues, professionalism must have to come to play. I know he is a Professor of law but he needs to come out and tell Nigerians what is going on, if he continues to stay quiet he will just wake up one morning and discovered that he has been removed.

“The office of the Vice President has been ridiculed so for me its either he’s out to fight or he resigns because if he doesn’t and can’t fight back then certainly they would remove him through any means. Nobody thought it was possible to remove the Chief Justice of the Federation but the did it easily, so how more the Vice President that is a spare tire to the president. The head of the judiciary was removed and they frustrated him and nothing happened.”