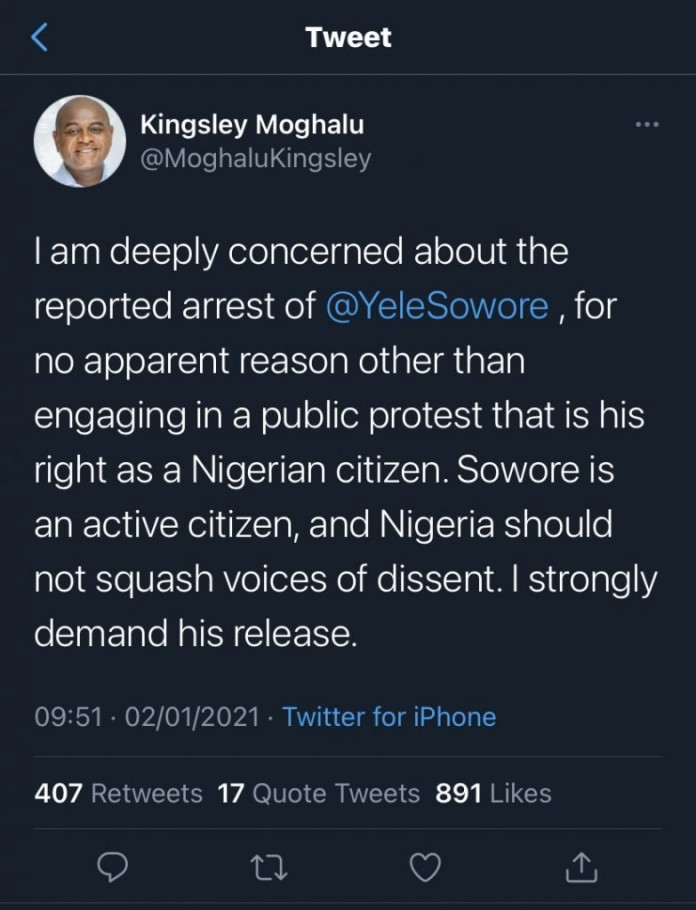 A former presidential candidate in the last general elections, Kingsley Moghalu has condemned the reported arrest of Omoyele Sowore.

swore was arrested by men of the Nigeria Police on Friday morning.

He was arrested in the company of other activists against the Nigerian government.

Reacting, Moghalu asked the government to release Sowore, adding that engaging in protest is his right as a Nigerian.

On his Twitter page, Moghalu wrote: “I am deeply concerned about the reported arrest of @YeleSowore , for no apparent reason other than engaging in a public protest that is his right as a Nigerian citizen.

“Sowore is an active citizen, and Nigeria should not squash voices of dissent. I strongly demand his release.” 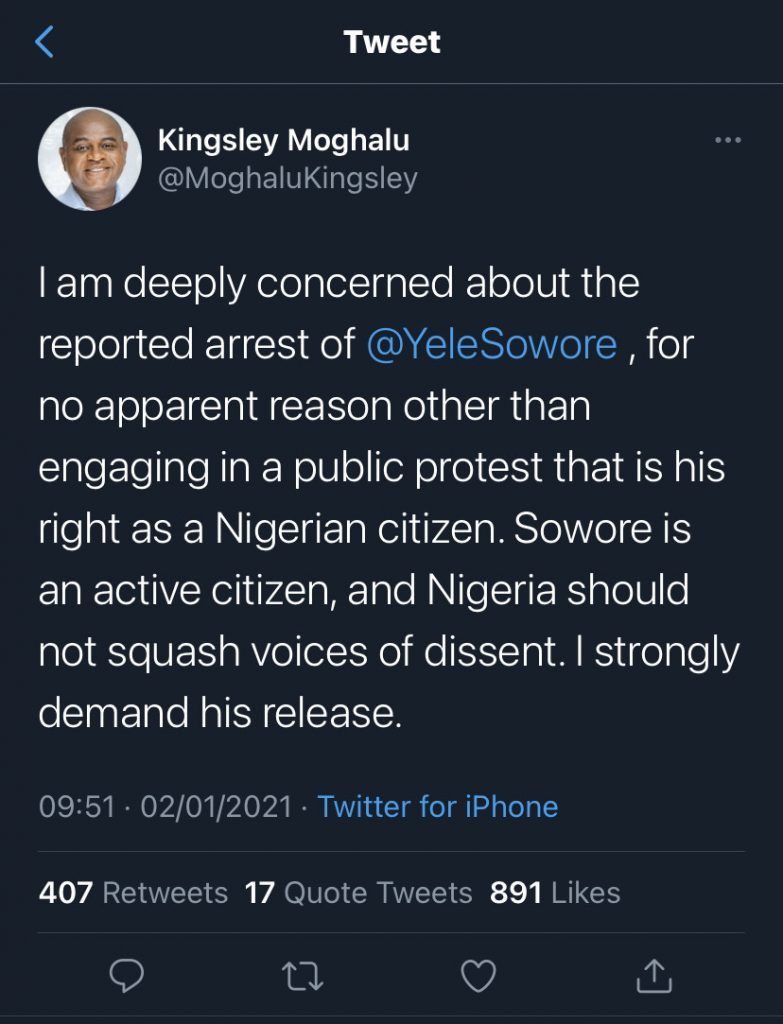