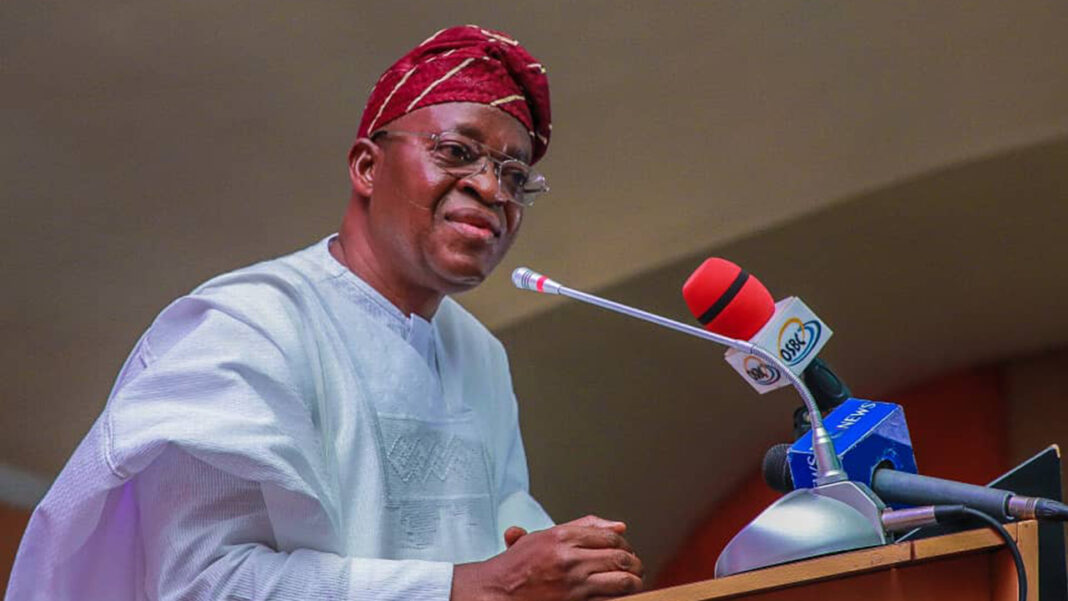 The Governor of Osun State, Mr Adegboyega Oyetola will on Thursday inaugurate a total of 35 commissioners/special advisers designate earlier confirmed by the State House of Assembly.

DAILY POST recalls that the governor, after being declared winner of the September 22, 2018 gubernatorial polls in the state by the Independent National Electoral Commission (INEC) was subsequently sworn -in on November 28.

Recalled that the governor, during a 4-day retreat organised for the nominees at Ada highlighted the underpinning principles and blueprint of his administration, as he charged the commissioners /Special Advisers designate to be proactive and hit the ground running.

He also admonished them to see their appointments as a clarion call to serve humanity and promote the policy thrust and development agenda of the administration.

A statement by the Chief Press Secretary to the Governor, Ismail Omipidan, indicated that the inauguration ceremony would hold at the White House Parking Lots, Bola Ige House, Abere, Osogbo, by 10 am.

It added that the Deputy Chief of Staff (DCoS) in charge of General Administration, Mr. Mikhail Adejare Adebisi, would also be sworn-in on the occasion.

“State Government of Osun, Nigeria, cordially invites commissioners/special advisers designate to the occasion of the inauguration of the new Members Executive Council on Thursday, October 24, 2019, by 10 am,” the statement read.