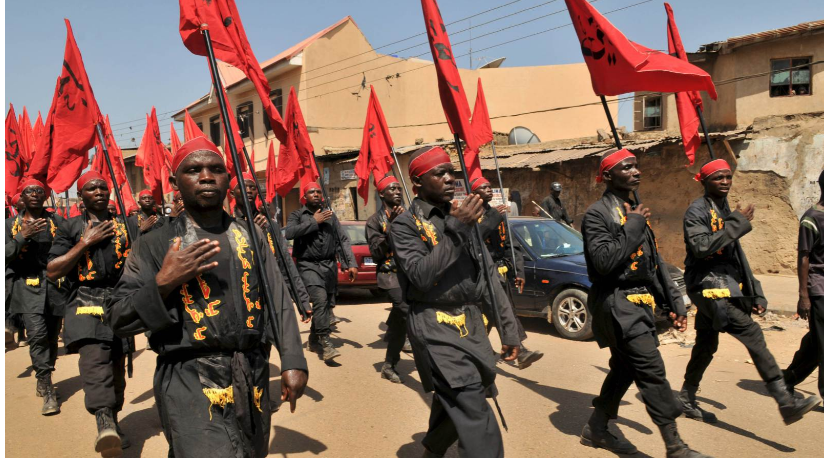 The Islamic Movement in Nigeria, IMN, says that Nigerians should demand an explanation from President Muhammadu Buhari-led government over the deteriorating security situation in the country.

It noted that during Jonathan’s administration, Buhari and his stalwarts were at the forefront, demanding Jonathan’s resignation over the worsening security at that time.

A statement issued by the President, Media Forum of IMN, Ibrahim Musa, in Kaduna, said, “It is time for Nigerians to demand an explanation from Buhari regime about the deteriorating security situation in the country, especially in the North, and hold it responsible.

“During Jonathan’s administration, Buhari and his stalwarts were at the forefront, demanding the resignation of Jonathan over the worsening security at that time; we wonder why the present regime will turn a blind eye to the same medicine it advocated for others. Before it.”

It lamented that the present regime doesn’t value human lives anymore. Since the 2015 Zaria genocide, over a thousand lives were extra-judicially killed, thousands maimed, and property worth millions of Naira destroyed.

The statement noted that since they are talking of security, it behooves them to refute a viral video clip packaged by WION news channel, an Indian international English language news owned by Essel Group and part of Zee Media network channels, the almost 9-minute clip was commenting on terrorism in Nigeria, especially as it concerns Boko Haram and banditry in the country.

It observed that the narration was almost a hundred percent correct on many issues it raised, stressing that at the end of it, it included the Islamic Movement in Nigeria among the terror groups aligned with the dreaded Boko Haram.

The IMN asked how on earth the producers of the clip make such a gaffe, adding that Boko Haram and the Islamic Movement are poles apart in terms of Islamic orientation and methodology.

It said Boko Haram claimed a terror attack staged against the Arbaeen mourners along with Kano to Zaria highway, where dozens were killed, a confirmation that IMN is also at the receiving end of its unislamic terror attacks.

IMN, therefore, reiterated its demands for the unconditional release of their leader, Sheikh Zakzaky, his wife and hundreds of his followers still under detention, pointing out that only this would show to the world that justice will be done to the over a thousand people killed during the 2015 Zaria genocide carried out by the Nigerian Army.